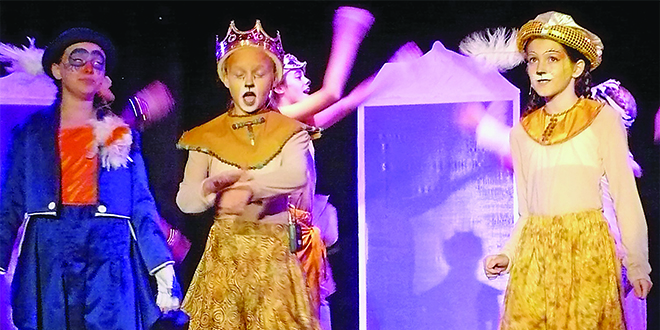 Submitted Photo: The Lion King Jr. returns to Marco for an encore performance.

The Island Theater company has been hard at work, preparing for a variety of exciting performances they will bring to Marco Island this year, including a special return performance which is back by popular demand. Make sure you purchase your tickets early, tickets are limited and performances have been known to sell out.

Following rave reviews, the Island Theater Company is bringing back Disney’s The Lion King Jr. for an encore performance. This beautiful story includes music and lyrics by Elton John and Tim Rice.

Join the company as they journey to the Pridelands with the kind and wise Lion King Mufasa, and his queen Sarabi. Follow along as their son, Simba journeys from a tragic childhood to rule the Pridelands like his father before him. The cast is back for this encore performance, including Celina Alber, Keaton Ashby, McKenna Broxson, Morgan Broxson, Garrett Chamberlin, Ashley Francis, Clare Hassell, Alison Horschler, Liz Nash, Nicole Paul, Elisa Smith, Madison Stolinas, Ryan Sullivan, Kira Swanson and Mia Winnick.

In “Men Are Dogs,” Cecelia is a successful psychologist who runs a support group for single and divorced women. She’s got troubles of her own, but it’s her ensemble of neurotic patients who provide the action when a “volunteer” role-player becomes the hapless victim of their not-inconsiderable ire.

For more information about the Island Theater Company go to theateronmarco.com. Tickets can be purchased in person at Centennial Bank, 615 E. Elkcam Circle, online at www.theateronmarco.com, by calling the ticket office at 239-394-0080, or at the door 30 minutes prior to the performance. To reserve seats for a group of ten or more, call the box office at 239-394-0080. “Like” them on Facebook, at “Island Theater Company,” and stay up to date on all the latest news.