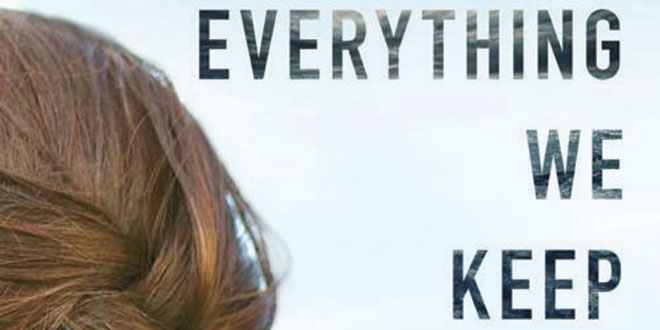 This is an engaging read for an afternoon or evening of escapism. Kerry Lonsdale is a relatively new writer, with a straight forward style. She has a knack for character description that draws the reader into the story almost immediately. I knew I was going to like Aimee Tierney and her parents by page three of this book.

Aimee is a 29-year-old woman who has to attend the funeral and burial of her childhood sweetheart and fiancée James Donato on what should have been their wedding day. We are introduced to her while she is sobbing her way through the funeral service in the church decorated with the flowers that had been ordered for the wedding. Her once-to-be-future mother-in-law insisted that they not be wasted.

James was in a boating accident in Mexico while on a fishing trip and had been missing several weeks before his body was finally found. Aimee was not allowed to see the body. James’ brother Thomas took care of all that. He also gifted Aimee with a large check in excess of a quarter-million dollars on the day of the funeral and suggested that she fulfill her dream of starting her own restaurant with it. While leaving the church for the burial at the cemetery, Aimee is approached by a woman identifying herself as Lacy, who tells her James is still alive. The card she leaves with Aimee identifies her as a psychic medium and locator of missing persons.

Aimee’s friends Kristen and Nadia are furious when they learn of Lacy accosting their friend with this ridiculous news. After the burial, they go home with Aimee who wisely chose not to attend the Donatos’ reception. The three friends whip up a pitcher of a favorite beverage and commiserate over the loss of James who at that point had been missing for nine weeks. They had all been friends since the Donatos moved to their little California town almost 20 years prior. Although there was no more anxiety and wonder about his fate, there was still no peace for Aimee who was really just beginning to realize the magnitude of her loss.

When Aimee showed up for work as a pastry chef at her parents’ restaurant on the Monday morning following the funeral, her parents were aghast. They insisted she go home and had already made arrangements for a neighboring pastry shop to provide baked goods during Aimee’s absence. When she resisted, they finally convinced her to leave by telling her they were closing their restaurant due to indebtedness. She would have to find another job anyway. James had always planned to buy their restaurant for Aimee when the Tierneys retired. For Aimee, this was another death, another loss of the life she and James were supposed to share.

Aimee basically becomes a recluse for a few months, keeping the home she and James shared a shrine to him and their planned life. His paintings are in 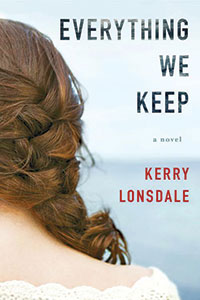 the garage, in eight boxes, and many hang on their walls while his clothes still hang in his half of their closet. Letting go is not in her vocabulary much less her thoughts. The instinct to survive, along with some no-nonsense pushing from Nadia and Kristen bring Aimee back to the world. She decides to use Thomas’ check to buy the café where she and James used to breakfast every Sunday. As she goes through the machinations to make that happen, her outlook brightens and her friendship with Ian, a photographer, provides a way back to vibrancy.

Lacy comes back into the picture and provides a small painting that seems to prove that James is indeed alive and living in Mexico under an assumed name with his own art studio. After a private investigator she hired tells her that indeed James is definitely dead and the artist known as Jaime Carlos Dominguez is not James Donato, Aimee decides to go to Mexico herself. It has been 19 months since he went missing and Aimee feels compelled to see for herself. Ian insists on going with her not just as her support but also because he has his own reasons for seeking out Lacy, whom he knows as Lucy.

Ms. Lonsdale has woven a complex and clever story in “Everything We Keep.” The pace is excellent and keeps the reader interested. I read it in one sitting, but each chapter provides enough information along with a hint of intrigue to invite the reader to come back soon. Although most of the book is told in present time, there are a couple of chapters where the author fills in the back story of the characters, from their childhood to their young adult years. Each of these back story chapters comes at a point in the story where a new development in the Aimee/James story is about to happen. Lonsdale is very good at providing hints without giving away too much.

This story is full of surprises. Just when you think Aimee has finally had enough of grief and mourning, something develops to take her back to JamesLand. Nothing really prepared me for the epilogue, where the author delivers a final thrust to the reader. I should have know she could not resist one more twist.

If you are looking for a story with likable characters and an interesting plot that you can either take your time reading or finish in a few hours, give “Everything We Keep” a try. I doubt you’ll be disappointed. My rating is 4.0/5.0.