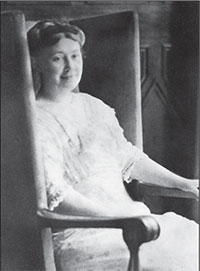 If it weren’t for activists like May Mann Jennings in 1916, before women had the vote, our Everglades might have been developed into yet more urban or agricultural terrain. This intelligent and spunky woman led the Florida Federation of Women’s Clubs to save the old-growth trees on Paradise Key near Homestead and create Royal Palm State Park. She personally pushed through legislation in Tallahassee for its establishment. The area was then operated by the Women’s Clubs, and later was the nucleus of Everglades National Park.

You can read more about the amazing women who achieved so much in those early days in the new book “Women in the Everglades” by local historian Marya Repko which describes some of the brave pioneers who lived on the fringes of the River of Grass, the name coined by Marjory Stoneman Douglas in her famous book.