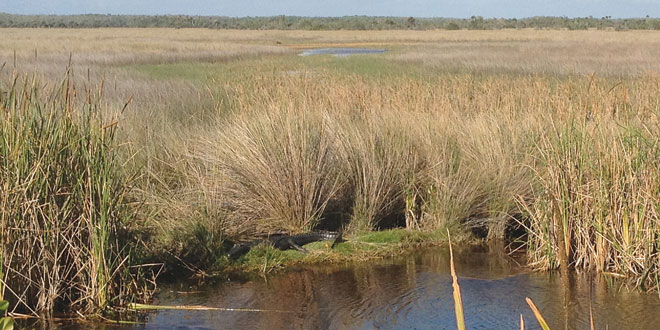 “In the history of the American environmental movement, there have been few more remarkable figures than Marjory Stoneman Douglas.” – The Independent of London

From February 19th through the 23rd, Collier County Museums and the Friends of the Museum of the Everglades honored this heroic woman with the annual Marjory Stoneman Douglas Festival. Guided swamp, marsh and canoe tours, orchid walks, talks and classes, wild Everglades animal presentations and guest speakers made up the five-day event. Of all the walks, tours and talks, perhaps none was more interesting than the lecture by Captain Franklin Adams, a personal friend to Douglas.

Adams explained that Douglas was born in Minneapolis, Minnesota in 1890. She moved to Miami in 1915 and took her first trip to the Everglades in 1928, after the Tamiami Trail was finished. “Then she came back again, in 1947, when President Harry Truman came to Everglades City and dedicated the new Everglades National Park,” stated Adams.

Adams was a senior in high school when he first read Douglas’s book, “The Everglades: River of Grass,” which was published in 1947. “The book captured me. The history, the people, the culture – of the conquistadors, the Spaniards, French, English, gladesmen, poachers, crackers, hunters. It was all there.”

The next thing Adams knew, he was in junior college and signing up for a class where Douglas would be a visiting lecturer. Adams’ newly-founded interest in conservation caused him to introduce himself 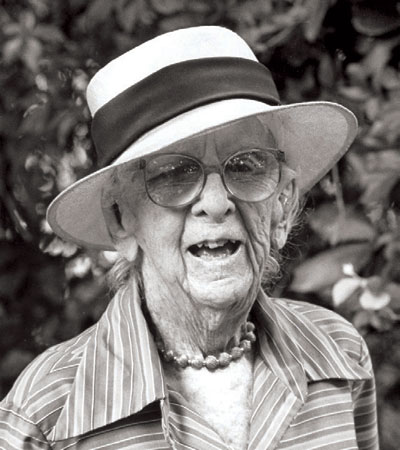 after her lecture.“We talked on the phone quite a bit but didn’t see each other again for three years.”

Douglas took Adams under her wing at a conference they were both attending. She introduced Adams to many influential people within the conservation movement.

Adams had officially become a part of “Marjory’s Army.” She sent out a newspaper called “Friends of the Everglades” and those interested in helping the cause could, “join for a buck.”

“Marjory’s Army” took on the Big Cypress Jet Park – a huge airport that was to be built in the center of Big Cypress – and won, creating the first National Preserve that allowed people to live on the land. This was Adams’ “beginning of a great friendship with Marjory,” as he explained. “She was in her prime and she was in her 80’s.”

Adams continued, “The Friends of the Everglades got together one evening and we were trying to develop a game plan for Everglades restoration. One, in particular, I was pushing for was restoration of the Turner River here in the Big Cypress. I knew that river – had camped on it and explored it – and I had seen what Turner River Road had done to it, so we wanted to see that fixed. We made a whole list of things we wanted to accomplish; we wanted to restore the Kissimmee River. Looking back, 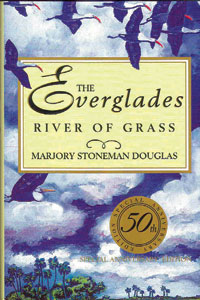 that report – our “wish list” – became Governor Bob Graham’s “Save our Everglades” Program. You never know how such a small meeting can become so important.”

Douglas was influential in many other aspects of Everglades conservation. She spoke out against the development of condominiums in Everglades City in 1976 – and won.

One of her greatest claims was setting up the five Water Management Districts within the Everglades. At the time, it was looked at as one big system, but Douglas and her “Army” convinced the state to manage the Everglades differently. These five districts are still in place today.

“When Ms. Douglas got to be 103, she began to show her age. Her eyesight deteriorated rapidly as did her hearing, but not her mind.” By now, Douglas was a regular visitor to the Adams household. They tried to convince her to travel less but she still remained active. Douglas lived to be 108 years old. “She told me she would live to be 107,” stated Adams, “she even bested herself.”

Adams’ take home message to his full audience was this: “Ms. Douglas’s greatest legacy is that people are continuing to spread the message – the seeds she planted so many years ago. So, if you care about the Everglades or other natural areas, become a guardian or an advocate.

“There is so much more I could say about her,” finished Adams. “She was always upbeat and optimistic. She was positive about the future.”