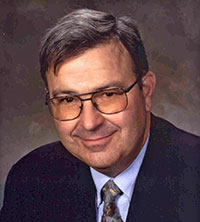 Tickets are on sale only until Jan. 25

for the second annual Naples Disabled Veterans Banquet, scheduled for Saturday, Feb. 6, 2016, at 6 p.m. at Naples Municipal Airport. Presented by the Museum of Military Memorabilia and supported by the Naples Senior Squadron, Civil Air Patrol, the evening will include a mess-hall banquet and a USO-style show, as well as displays, games and auctions to raise funds to support wounded veterans, the museum and the Civil Air Patrol. The live, hour-long show will feature “Bob Hope” and his guest stars “Red Skelton,” “Jack Benny,” “Jimmy Durante,” and “Ann Margret.”

Guests are encouraged to dress in fatigues and military uniforms for this fun, casual event at a private hangar. Tickets are $150 per person and $250 per couple. For tickets and information, visit www.naplesdisabledveteransbanquet.org, or email Joseph Braden atjoe.braden@emich.edu. Tickets will not be sold at the door.

The evening will include a salute to local veteran Ted Soliday, who will retire in April after 22 years as executive director of the City of Naples Airport Authority. He served as captain, pilot and air traffic controller in the United States Marine Corps and is a disabled veteran from the Vietnam conflict, decorated nine times for his combat service. Soliday’s aviation career spans nearly 50 years with experience as a pilot, air traffic controller, educator, planner and manager. Under his leadership, Naples Municipal Airport has amassed a variety of honors and developed a national reputation for outstanding service.

The FAA also will present its Wright Brothers Master Pilot Award, the most prestigious award the FAA issues to certified pilots, to Colonel Tom Kenville, who served 32 years in the United States Air Force and the North Dakota Air National Guard. Kenville retired in 2005 with more than 5,000 military flight hours. A recipient of the Legion of Merit, the highest award bestowed by the Air National Guard, Kenville has over 15,000 total flight hours and is a certified flight-instrument instructor and Air Transport Pilot. Kenville is a lieutenant colonel in the Naples Senior Squadron, Civil Air Patrol, United States Air Force Auxiliary.

Among the items to be auctioned during the evening are a chartered flight for four to any destination within 1,000 miles of Naples; an overnight vacation in Key West; a cocktail party for 20; and a champagne sunset sightseeing flight for two.

The Museum of Military Memorabilia, founded in 2006, has collected more than 11,000 pieces. Its goals are to honor the veterans who have and are protecting the cause of freedom, to preserve artifacts associated with military history and to create a greater understanding of military conflicts. More than 25,000 people a year visit the 1,300-square-foot museum, which opened at Naples Municipal Airport in 2011. The museum is open 10 a.m. to 4 p.m. Monday through Saturday and noon to 4 p.m. Sunday. Admission and parking are free.

The Civil Air Patrol is the civilian auxiliary of the United States Air Force. Founded in 1941, CAP is a nonprofit volunteer organization with 61,000 members nationwide, operating a fleet of 550 aircraft. It performs three congressionally assigned key missions: emergency services, including search, rescue and disaster-relief operations; aerospace education for youth and the public; and cadet programs for teenage youth. To learn more, log onto www.flwg.us.

Naples Municipal Airport, which accommodated more than99,000 takeoffs and landings last year, is self-supporting and receives no property- or sales-tax funding. The Florida Department of Transportation values the airport’s economic impact to the community at $283.5 million annually.

To learn more or to subscribe for email updates about the airport, visit www.FlyNaples.com.