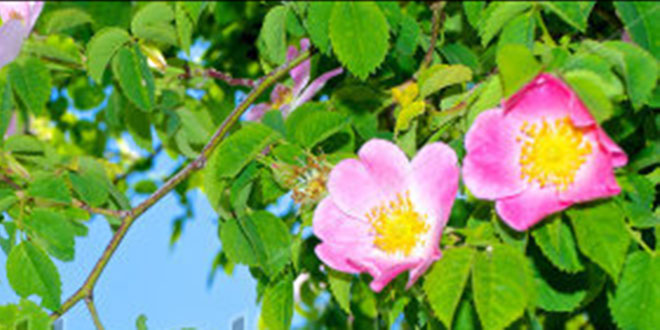 Many years ago, back when living in Florida was nothing more than a daydream, my husband and I wanted to live near the water. For many of us, there is a natural gravitation toward shoreline. For those who live in landlocked states, water views are rarer than Bigfoot sightings. And for us, living in Iowa, the landscape consisted of tall corn and clean rows of beans, with an occasional farm pond. But we were determined, so in 1997 we bought a tiny cabin on a small lake, a short drive from our hometown.

When I say tiny cabin I should also mention that it was old and somewhat convoluted. The original structure was a corn crib with various “additions” attached over the years. It sat on a high bank overlooking a 5 acre lake, sitting shoulder-to-shoulder with homes on either side. Our cabin hadn’t been lived in for quite a while. At least not by humans. The doors and windows were intact and it was structurally sound, but critters had staked their claim along the perimeter of the foundation in every nook wide enough to accommodate whiskers, and every hole deep enough to slither.

This being the case, we spent most of our early weekends at the lake reclaiming the homestead. Niches were cleared, cleaned and sealed. Old nests were removed. Mud huts were chiseled away from the siding and wasps nests and cobwebs were dismantled. My biggest battle was the overgrown bank over the waters’ edge. It was a snarl of grass and grapevine and wild rose hips. The rose hips were not attractive as the name might suggest. They were mangy looking bushes with grotty thorns and only the occasional pink blossom that looked more like a snagged gum wrapper. It took tall boots and thick gloves to tackle the space that would one day be my terraces of garden. But my biggest adversary were the snakes.

It seems the garter snakes had lived undisturbed on the entangled bank for many years and they were not vacating without a fight. They were not afraid of me. Instead, I believe they were amused. My fault, I guess because I’m not quick to “eliminate” a pest, only to relocate them. So, when I came across a snake I would take hold of its tail and fling it into the lake. Then I’d watch as it swam back to shore leaving behind a delicate zig-zag wake. I did this often. Same pattern. Grab the tail and draw back to throw in one fluid movement. They’d sail through the air and belly flop onto the water. Swim back to shore. One day I was complaining to my neighbor lady about the snakes, and how often I sent them sailing when she said, “Laurie, did you ever think that maybe they just enjoy the ride?”

So, how do I get from snakes to yoga? Easy. Snakes have the right idea. They certainly live in the moment. They go about their life and enjoy each day of their short two-year lifespan. If someone comes along and disrupts their day, they use the opportunity to go for a refreshing swim. A little adventure. A day away from the rose hip brambles. Of course, when you take into consideration the size of a snake’s brain, there’s probably little room for that “inner voice” we humans deal with. I doubt the snake wrestles with guilt for sunning itself when it should be foraging for dinner. I can’t imagine the slithering sliders worrying about a deadline, an argument or how to provide for their nest of little snakes. There’s no inner snake-voice condemning him for cellulite or wrinkles.

In all fairness, I will say that science says snakes are trainable, and I might agree. The snakes who lived on the bank of our cabin grew tired of the toss and swim game. And once the weeds were cleared, there was far less leafy cover for them to hide under. For the most part, they did, indeed, relocate. They found homes in quieter spaces where I wasn’t constantly hoeing and weeding, planting and picking. And when they came by for the occasional “visit” we stared one another down until one of us decided to move aside. I stopped picking them up, and their joy rides ended.

For a day, or possibly for just one moment at a time, I would like to experience the mind of a snake. Sleep in the dark, sun myself on a warm rock, blend into the landscape, and all the while feel no stabs of guilt for how I might make better use of my time. Under the influence of my pea-size reptile brain, I wouldn’t be organizing my schedule in my head, while talking on the phone with my daughter, while viewing the Visual Tour of a new condo listing. If I lived in the moment, as if my entire life lasted no more than the next 24 months, I would embrace disruptions and distractions as they happened. I would, for certain, enjoy the ride.

So through yoga, each day, I practice. Narrow the focus. Quiet the perimeter. Calm the inner voice. Which is not to say I am a success at living in the moment. It takes practice that is constant, sometimes tedious, and often forgotten. But when I think of those snakes in my garden, with their tenacity and their calm, I can better understand the law of living in the moment. When an event happens that disrupts my life or sends me sailing, I want to enjoy it for the lesson or the joy it provides.

In the words of Albert Einstein: