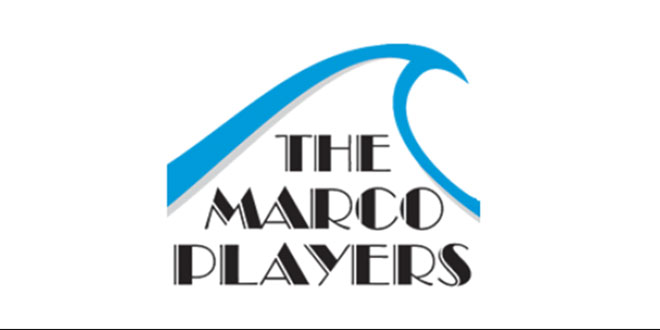 The Marco Players, Marco Island’s oldest, intimate black-box community theater announces the 2016-2017 season line up which cruises into summer with some cooling comedy and music and then picks up the speed with a full offering of evening, Sunday matinees, and Saturday lunch box shows.

The Marco Players Theater celebrates its 42nd season with shows about taking chances and starting over, shows that will enlighten, entertain, educate, make you laugh and touch your heart.

Mark your calendar for September 8, 2016 when the box office opens, but even better, visit our website to join The Marco Players’ mailing list and Facebook page where you will find audition and show details and the option to purchase tickets online.

Here’s a preview of the joy ride The Marco Players have planned for you:

The Cemetery Club by Ivan Menchell

The Cemetery Club, a dramatic comedy, is a story about three Jewish widows who meet once a month for tea before their scenic drive to visit their husbands’ graves. Ida is sweet tempered and ready to begin a new life. Lucille is a feisty embodiment of the girl who just wants to have fun, and Doris is stuffy and judgmental. Ida and Sam fall for each other, but the budding relationship gets squashed. The play is touching and humorous and filled with friendship and guilt.

A Christmas Cactus by Eliot Byerrum

Christmas Eve is tough for private investigator Cactus O’Riley, a hot redhead with the holiday blues. Christmas turns into a “Dickens” of a holiday for Cactus as she solves mysteries, delivers small miracles and takes a second chance on love and “unmarked car” sleuthing. Comedy, mystery and romance converge in this charming contemporary Christmas tale where goodwill and justice triumph.

The Second Time Around

When senior citizens Samuel Jonas and Laura Curtis announce plans to live together without marrying, their children hit the ceiling. In this comedy, the elderly twosome are successful in “shifting gears,” but not before the entire second generation is in nervous fits.

Cookin’ with Gus by Jim Brochu

Gussie Richardson, a famous food columnist and cookbook author is offered her own daily network TV show. She wants to do it, but her husband is dead set against it. Just when she thinks she has overcome her stage fright, a taping of the show turns into a comic nightmare concluding in an all-out, hilarious food fight that almost ends the show and her marriage.

Just prior to the Civil Rights Movement, Daisy Werthan, a rich, sharp-tongued Jewish widow is informed by her son that she must rely on the services of a chauffeur named Hoke, a thoughtful, good-natured black man. Daisy is condescending and Hoke is not impressed with his employer’s patronizing tone. With time, the two grow to respect one another and come to realize they have more in common than they ever believed possible.

Heaven Help Me by Joseph Simonelli

The Holloway brothers’ string of casual restaurants is failing. Rollie, the youngest, black sheep brother, is “running on empty” and owes money to every bookie in town. They need to sell the family beach house to recapitalize the business. The problem is their deceased brother Fred is haunting the place and won’t vacate!

Second Lady is a powerful piece about a fictional political wife just prior to the 2012 elections. After misplacing her prepared remarks, she must fulfill a public speaking engagement by reflecting on her experiences and recollections. Her stories become more and more personal as she peels away rationalizations and justifications she has accumulated over the years and confronts the truths of her life and marriage.

Empress Catherine II, the great ruler who overthrew her incompetent husband and earned worldwide respect by doing much to bring Russia into modern times. A powerful lesson in history, her story is an insightful, relevant and cautionary tale.

Square One Improv puts you in the driver’s seat for a hilarious, completely improvised performance! Every show is different because it’s based on your suggestions, including songs and musicals created on the fly!

The enchanting story of the mystical Florida Fiddler, as told by Native Floridian J.Robert, takes you on a musical journey from Orange Blossom Special and Suwanee River to Margaritaville, Hot Hot Hot and Rhythm’s Gonna Getcha!

Show tickets will be $25 or $28 and may be purchased from the theater box office or website beginning September 8, 2016. Season ticket holders are eligible for early ticket purchase and a season ticket discount. For more information, follow The Marco Players on Facebook and visit www.TheMarcoPlayers.com