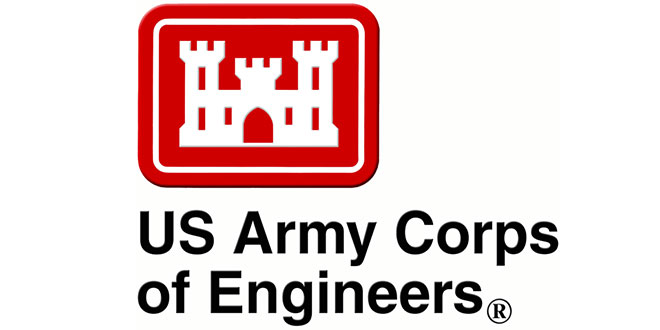 Nearly two months ago, bulldozers powered by Florida Georgia Grove LLP (FGG) laid waste to what many considered a historic Indian shell mound on Chokoloskee Island near the Ted Smallwood Store. While FGG spokespeople denied the claim publicly, contending the company did nothing but move dredged spoil, it now appears the U.S. Army Corps of Engineers is taking a closer look into what happened on the island during the last week of April.

Nakeir Nobles, a public affairs representative with the U.S. Army Corps of Engineers, confirms that the Corps has “an enforcement action out” on the destruction of the shell mound and “is investigating,” but she was not able to comment any further because the investigation is ongoing. Sources close to the investigation, including a Deputy State Historic Preservation Officer with the Florida Department of State, believe the enforcement action involves a possible violation of Section 404 of the Clean Water Act.

The news comes during the height of the mediation process between the owners of the Ted Smallwood Store, Collier County and FGG regarding access to Mamie Street. Results from this mediation is expected to go before the Collier County Board of Commissioners in July.

This is the latest development in a decade-long conflict between FGG and the residents of Chokoloskee Island over 4.75 acres of land at the southern tip of the island. It all began in 2004 when FGG bought the property from the Seminole Tribe of Florida for little more than $1.2 million. The reported plan: build a boat ramp.

The tract fronts Chokoloskee Drive on the north end and water on the south end, and Mamie Street crosses diagonally through it. According to a report of observations conducted on the property in 2011 by Preservation Consultant Marsha A. Chance for FGG, the property once had been home to “a small motel, two secondary structures, and at the south end, a small boat basin.

In 2010, FGG received permits from the US Army Corps of Engineers, the Florida Department of Environmental Protection and Collier County to replace 450 linear feet of seawall, install a boat ramp, dredge about 1,456 cubic yards of material from the basin and replace the wooden boat dock. Chance’s report describes the preparation for the dredging process: “(A) V-shaped trench was excavated approximately midway in the tract. It was approximately six feet deep, 200 feet long and six feet wide. The purpose of the trench was to use the fill removed from it to construct an earthen berm (directly adjacent to the trench) behind which the dredged spoil from the boat basin would be placed to dry.”

In April 2011, the real trouble began, as FGG fenced the perimeter of the property and destroyed parts of Mamie Street in order to begin dredging the basin. Complaints flew in; a lawsuit was filed; and FGG’s progress came to a screeching halt, leaving Mamie Street — or what was left of it — inaccessible. The Ted Smallwood Store was forced to close its doors for six months until FGG received a court order to reopen Mamie Street in October 2011.

The legal battle dragged on until this January when the Board of Collier County Commissioners voted not to vacate its claim to the public right of way on Mamie Street. Prior to this, the BCC considered signing an agreement with FGG that would require Collier County to “vacate” Mamie Street, thereby giving the road to FGG. The settlement agreement also required FGG to provide access to the Ted Smallwood Store, but it would have made Mamie Street a private road giving FGG the option to relocate it.

Fast forward to April 1, and the actions that have sparked the interest of the U.S. Army Corps of Engineers. FGG applied for a vegetation removal permit from Collier County. The permit was granted on April 2, allowing for the “removal of exotic and invasive species and other non-native plants to allow for finish grading of land.” The work was approved to be completed between April 2 and October 2. The most important condition of this permit included a requirement “that any excavation or vegetation removal be monitored by a certified archeologist.”

FGG proceeded to remove the vegetation and complete the long-awaited seawall work, and between April 24 and May 4, FGG graded the property and moved material from the reported historic shell mound via bulldozer to be used as fill for the marina basin. While this work was not included in the county permit, concerned citizens were told in an email from County Zoning Manager Ray Bellows that County Engineer Jack McKenna said the grading was consistent with the vegetation removal “to stabilize the site and to make it clean of holes and ruts as well as for water management purposes.” Further, FGG’s archaeologist, Dr. Greg C. Smith, did assess the property, but it is unclear if he was on the site during the recent work, per county requirements.