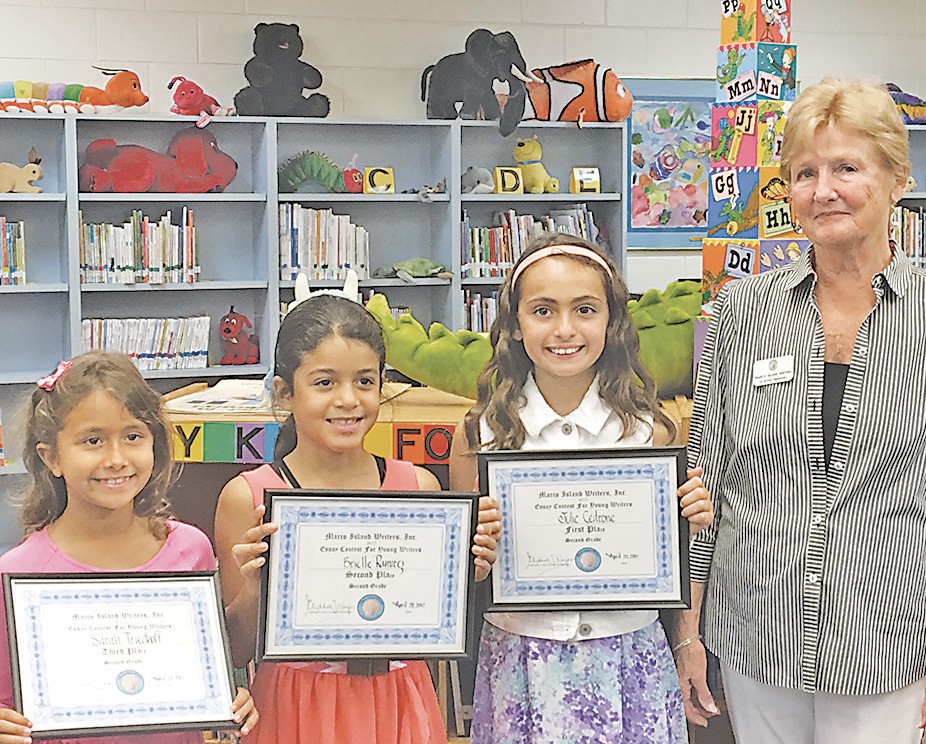 The three top essays from second graders were read by their young writers at an awards ceremony held recently at the Tommie Barfield Media Center. The gathering, which included parents, siblings and classmates, gave warm recognition to the winners: Julie Cedrone, first place; Brielle Ramirez, second place; and Sarah Friedhoff, third place. Also recognized were the writers of the additional fourteen essays that had been submitted to the panel of eight professional educators who evaluated them – a panel made up of elementary school teachers of language and writing, and college English professors with backgrounds in elementary and high school language curricula.

Because it was decided that the Marco Island Academy (MIA) students would not benefit from a writing contest nearly as much as they might benefit from constructive criticism and objective scoring of a specific writing assignment, a panel of six professionals was convened for evaluation of MIA student essays according to a rubric supplied by the Cambridge International Curriculum for the syllabus 9093 curriculum. The outside readings of the essays were much appreciated, and found to be valuable to the improvement of student writing.

The MIW and the schools enjoy working on these interactions, and seeing the benefit to the young writers. Planning for next year’s activities has already begun.