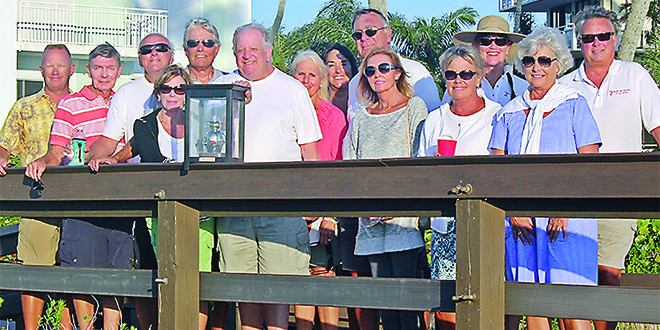 On March 22, the Emerald Beach and Sunset House condominiums competed fiercely in the 5th annual bocce tournament at Mackle Park.

The trophy known as “Palini” returned to its original home at Emerald Beach, after spending three years in the Sunset House social room.

Each condo brought their top 12 players to compete. The best three out of five games was the goal, and it took Emerald Beach through the fifth game to declare victory. Both teams were well represented by friends and neighbors, enjoying large and loud cheering sections throughout the games.

The trophy was presented to the Emerald Beach team on their beach bridge. Following celebrations, a green flash sunset ended the day.