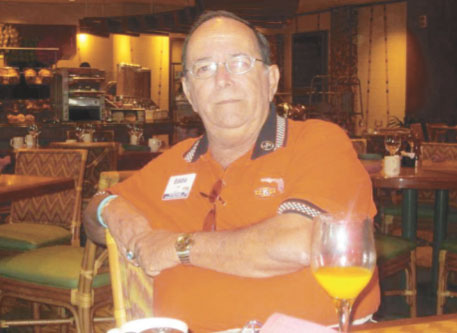 The 94th Annual Convention of the Florida Division of the Kiwanis Club met at the Marco Island ç at the end of August. It was the largest convention of its kind with over 900 attendees and guests It filled the Marriott and spilled over to the Hilton. Clubs from all over the state of Florida were represented, 207 clubs in all. Approximately 500 delegates voted on new officers for the Division. Members of the Kiwanis Club of Marco Island, Pat Hagadorn 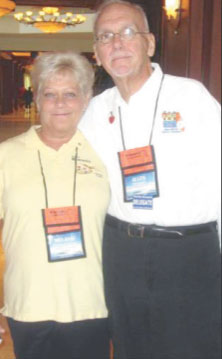 and Joy Morrison, worked the registration desk during the convention and distributed recycle bags from Publix San Marco Shops. The bags were filled with promotion items from restaurants and businesses on the Island. The Florida Division color is orange and there was a sea of it at the luncheon on Saturday. The halls were filled with booths providing members valuable information on projects, programs and products to make them even better Kiwanis members. 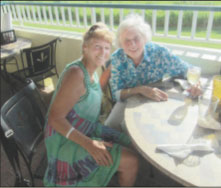 and one community at a time. The 2011-2012 Florida District Governor, Eddie Lee, will continue this tradition and is spreading his ‘Embrace the Possibilities’ motto. Locally, the Kiwanis Club sponsors the Reading is Fundamental at Tommie Barfield and Manatee Elementary Schools, Terrific Kids program, scholarships, athletic programs and music programs. Their Annual Car Show is a real hit as is the Seafood Festival which they co-sponsor. They work with Kids Against Hunger, Joy of Giving, and so many more. The majority of these 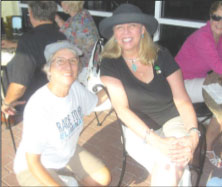 Carol Fries and Judy Roulis. Carol is a member of the Kiwanis Club of East Naples.

There is a total of 8,804 Kiwanis members in the state of Florida. The Marco Island Kiwanis Club boasts approximately 60 members which makes it one of the largest clubs in its division. For more information on the Kiwanis Club of Marco Island, please contact John Coff at 389-8929. You too can make a difference in a child’s life. The 2012 convention is scheduled to be held in Tampa. It is sure to offer as much fun as was had by all at this conference!