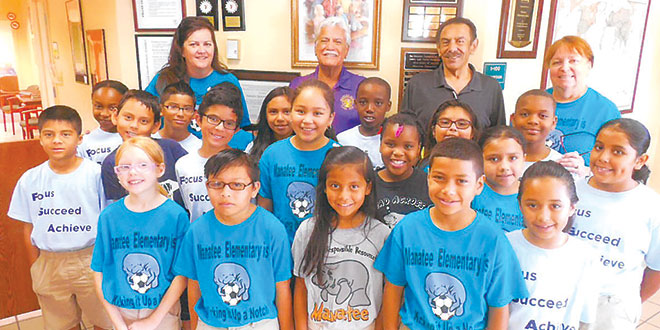 Students are proud to wear their new uniforms.

Manatee has a high rate of children whose family income is below the poverty line. All uniforms were handed over to the school principal, Wendy Borowski and the assistant principal, Renee Hanson, to be distributed.

The smiles on the children’s faces were worth the efforts.