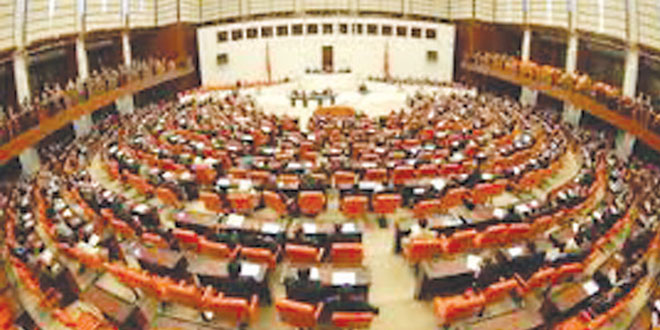 On Sunday June 7, 2015, Turks in Turkey and all over the world voted in general elections. This was a most important election from many points of view, especially from the USA’s point of view, as the results may actually affect the events in the Middle East.

Those of you who follow international politics may already know that Turkey has been ruled by the Islamist leaning Justice and Development Party (AKP) and its charismatic leader Mr. Tayyip Erdogan. After serving three consecutive terms as Prime Minister, Mr. Erdogan ran for the usually symbolic office of President of Turkey a year ago and won a five year term.

Since his election to this post, Mr. Erdogan has been trying to amend the constitution to make the office of President from a symbolic office to an executive office. His model was the office of the President of the United States. On many occasions he mentioned “the President of the United States does not need a Parliament to slow him down; he has a phone and pen and gets things done.” Turkish Constitution demands that the person holding the position of President should be above politics. Mr. Erdogan broke this rule in the days leading to the elections by holding political rallies under the guise of “opening facilities,” speaking at rallies for AKP, and similar acts which, at best, went against the spirit of the constitution and, at worst, violated it dramatically.

In Turkey, up until the election of Mr. Erdogan as President, the office was a non-executive position. Elections in Turkey are a little different from the way we have elections in the USA. There are basically five major political parties in Turkey. Each party names potential members for election to the Parliament, which has 535 seats.

After the elections, the President asks the leader of the party which had more than 268 of their members elected to the Parliament to be the next Prime Minister and form his cabinet. The Cabinet is presented to the President who routinely approves it, and then the Prime Minister runs the government for the next five years. If any one party fails to get the necessary 268 seats in the Parliament, the President asks the leader of the party with the most amount of representatives in the Parliament to form a “coalition” government, that is to form a cabinet from one or more of the 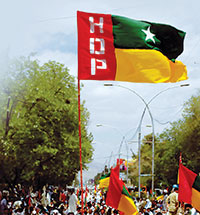 other parties’ seats, then added to the seats won by the party he represents to add up to or exceed 268 seats.

Usually, coalition governments are weak by nature, since they more than likely end up bickering within the Parliament, and do nothing significant before being replaced as a result of a “non-confidence” vote.

As it stands tonight, at 9 PM, the Justice and Development Party, despite getting 40.8 percent of the nationwide vote, was only able to seat 258 parliamentarians. This may result in the resignation of the present government headed by the Justice and Development Party as early as tomorrow morning. The leader of the party will have the first dibs to form a coalition. It is unrealistic to think AKP can form a coalition government by joining with the remaining three parties, namely the Republican People’s Party (CHP), National Movement Party (MHP) or the Peoples’ Democratic Party (HDP), which represents the approximately 20 million Kurdish minority in Turkey.

If the Justice and Development Party fails to form a coalition government, it will be the constitutional duty of the President to appoint the next highest vote getter as the next Prime Minister and ask him to form a cabinet. As it stands now, the second highest vote getter is the Republican People’s Party (CHP), a left of center minority party with 132 seats in the Parliament. Since they do not have the necessary 268 seats, they will have to ask one of the other parties to form a coalition.

The third highest vote getter in the elections was the National Movement Party (MHP). They actually received 16.3 percent of the national vote and were able to seat 81 parliamentarians. This is a center-right party whose votes surpassed the votes they received during the last elections. Their charismatic leader, Mr. Devlet Bahceli, asked the Prime Minister and the President to resign as early as the morning of the 8th and make way for a new beginning in Turkey. The only foreseeable coalition they can make would be with the Republican People’s Party (CHP) with outside support coming from the Peoples’ Democratic Party (HDP). However, this is highly unlikely as well. If none of the above materializes there may have to be another national election. There is always the unlikely possibility that a few new members of the Parliament may resign and join AKP to make up the 10 member difference, and 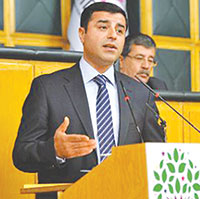 AKP may come to power again.

There are many encouraging signs amongst the confusion.

That is a significant number on many levels:

The Middle East has been a powder keg for a long time. The Turkish elections may now provide the spark that lights the fuse. America clearly supports the Kurds in Turkey, Iraq and Iran. This support may signal the beginnings of a Kurdish State, absorbing a huge chunk of Eastern Turkey on the border with Iran, Iraq and Syria.

It is now clear that America’s influence is waning in the area, and unless we help defeat the Islamic State and completely destroy them in the process, we will be looking at chaos in the area and at home, as well as an uncertain future for Turkey.