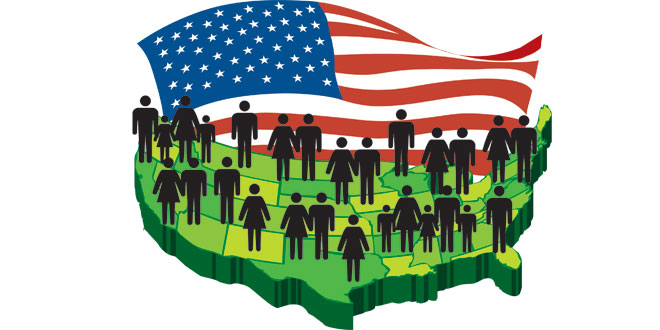 There is no question that the American voter has the means to hold Congress hostage, but do Americans have the will and intestinal fortitude to hold this branch of government accountable for their inept leadership, lack of statesmanship, and total incompetence? When will we gather the will and courage to turn the tables on these irresponsible bureaucrats and hold them responsible for their actions – or lack thereof?

The Second Amendment may have given us the right to bear arms, but the 19th Amendment granted to ‘all’ Americans, a far more powerful weapon – the right to cast a vote.

Unfortunately, our Constitution does not provide a means for recalling members of Congress. However, this does not mean a member can not be removed from either chamber. Members of both the Senate and House of Representatives, upon a two-thirds vote within either chamber, can remove a respective member of Congress ‘in cases of perceived disloyalty to the United States.’ I can think of a few that may meet this requirement.

I am a disgruntled American who does not agree with Congress’s stance on withholding money previously approved under our current budget, especially in an attempt to change the law of the land no matter how distasteful it may appear. Nor do I agree with the steadfast stance of any elected representative of either the Executive or Legislative Branch that expresses an unwillingness to discuss and compromise in order to address major issues of contention. However, such discussions should occur far before approaching or passing deadlines that threaten our economy and divide our people, resulting in contentious rhetoric.

I am a Patriot who is disgusted by the manner in which our country is not being governed. Our government continues to ignore solvable problems that pose a strengthening headwind to our economy and sovereignty, while the window of opportunity to do so is rapidly closing. Our forefathers developed our three-branch form of government to create a system of checks and balances by which to gain the confidence of the American people and govern their newly formed nation. Sadly, our current representation has, instead, chosen to exploit its weaknesses and erode our faith in our governing process.

The action I recommended above could rectify the problem in the coming years, but will do little to address our current stalemate or encourage Congress to resolve the fiscal cliff impasse, the debt ceiling that must be addressed by the 17th of this month, and the problem of reforms that inevitably must be implemented to eliminate future deficits and reduce our spiraling national debt.

During our current crises, workers have been furloughed, programs altered, monuments and parks closed, and investors shaken. On October 8th, I learned that death benefits to our fallen soldiers are being withheld. This is not only disgraceful, but absolutely un-American.

The hypocrisy of these self-made crises lies with those who created the problem. Repeatedly approving unfunded, exuberant spending, increasing our indebtedness to pay for two unfunded wars, and implementing massive tax reductions that widenened the gap between the ultra-rich and poor, Congress continues to exacerbate the problem. Many of these ‘Congressional lifers’ are the very ones who currently pose an impasse to the ‘fiscal cliff’ and show a willingness to do the same with the ‘debt ceiling.’ And, they do so while receiving tax-payer-funded salaries. Any good leader knows that you look after the welfare of your ‘men’ first. In this case, your Country and constituency, and then yourself. But this is not the case with our current Congress, who, under the 27th Amendment, is compensated before those they were entrusted to guard and protect.

If you want Congress to become an effective body and be held to a standard commensurate with the office to which the representation was elected, I believe the following should be enacted:

• Repeal the 27th Amendment. In its place, ratify the following Amendment: Elected members of the Executive and Legislative Branches will accept no pay until they have approved a balanced budget. The only exception would be during the time of declared war.

• Except in the case of fraud or surplus, all appropriated funds within a given year must be dispersed.

Public office is an honor and not an entitlement and should be treated accordingly. Members of the Administration and Congress should be held to, at least, a standard equivalent to, if not higher than, the same standards they hold those to they were elected to represent.

In addition, I believe that those running for a public office in our Executive and Legislative branches should be required to limit their investments to government bonds, treasuries, or U.S. dollars. This will limit insider trading to the government sector, therefore providing healthy returns linked to its performance and that of our economy. This may seem harsh and unreasonable to some critics, but not to the average American voting worker whose position and pay is linked directly to performance.

Yes, there is no question that the American voter has the means to hold our government hostage, but we must ask ourselves if we have the will and desire to do so. With our elected officials illustrating inept leadership, a lack of statesmanship, and total incompetence, the next election will be crucial. When we cast our future vote, unlike many members of Congress seeking reelection, we must remember it is an honor to serve our country in any Legislative or Executive Branch.

And, It is, indeed, our responsibility to hold any elected official who fails to meet our standards accountable.