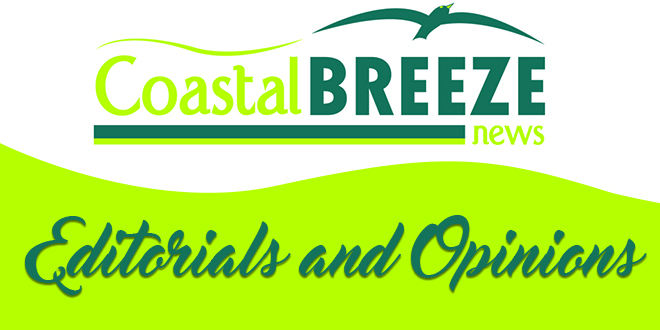 For those who are interested in hearing firsthand from the new owners of the Outlet Mall, they will be speaking at a few meetings between November 17 & 18. The first will be to the Marco Island Kiwanis Club on Thursday, November 17 at 7:30 AM at Stonewall’s Restaurant, and all are welcome! The same day they will also be speaking to the East Naples Civic Association at 11:30 AM, which is held at the Hamilton Harbor Yacht Club on Thomasson Drive, beyond Bayshore Drive. Again, everyone is welcome, but an RSVP is needed for a head count for lunch, so please call 239-774-1967. Finally, they will also be speaking to the East Naples Kiwanis Club on Friday, November 18 at 7:30 AM at IHOP on Davis Boulevard, and all are readily and happily received to join the Kiwanians for breakfast and the speaker. The new owners are planning on some immediate changes, and then more to follow, along with new vendors, etc. I’m sure many people are interested to see and hear what will be happening in that very important area of Collier Boulevard and Manatee Road (it’s near all of the action at the 951/41 intersection).

•The wonderful Eagle Creek Country Club held a COPD Awareness Golf Tournament and event recently in honor/memory of one of their own: Jay Siemers, who passed away from COPD recently. It was an honor to attend and meet his wife Chris Siemers and their children. What a delightful, loving lady she is, as was her husband! My sister passed away from COPD, although the death certificate said heart attack, so I felt a special thankfulness for being invited. I learned at the event that many death certificates say heart attack when in fact breathing gets so difficult that it taxes the heart, which then gives out, so they call it a heart attack. What does COPD stand for? Chronic Obstructive Pulmonary Disease. Many sponsors helped to make this Golf Classic an outstanding event. And as usual, Eagle Creek residents made everyone feel so welcome! I sat next to Bill and Bonnie Stoloski, Platinum Sponsors, and truly nice people. The COPD staff was also at the table, and they filled us in on so many facts that I knew nothing about, such as COPD is the third leading cause of death in this country, and it affects over 30 million people living in the U.S.

•Many of you know, I offer about five tours a year to see our government facilities and a few other things as well. Next up is a tour of the jail from the right side of the bars. The tour is scheduled for Friday, November 18 at 9 AM. If you would like to sign up, please call Mike at 239-252-8601 and he will put you on the list. The sheriff’s office will conduct the tour and we will all meet outside and be escorted in.

•Collier County has announced that a new feature has been added to the Donna Fiala Community Center in Eagle Lakes Community Park. It is a small computer center for those who would like to stop by or who do not have one in their own home. Thanks to the efforts of Phil Brougham from Fiddler’s Creek, the dream became a reality. The county provided the computers from the used computer office, and Mr. Brougham provided for the other expenses because he believed computers were needed. He is a very motivated parks supporter, that’s for sure.

•While speaking of the park, the County Parks & Rec Department, in conjunction with the Lely High School swim coach, is moving forward with plans to complete the design and bidding for the swimming pool and lap pool at Eagle Lakes Park. Presently, the swim team must be bused to Golden Gate for practice. They have a GREAT swim team already in place, so it will be terrific for them to practice in their own park adjacent to Lely High School. Of course that lap pool will be for other teams to practice also, and there will be a general pool for all to use and a small pool for the younger folks, and lots of room for parents to watch their children and/or play with their kids in the pool.

•Speaking of Lely High School, isn’t their football team doing a tremendous job? Their hard work shows! In fact, they have quite a few other outstanding sports accomplishments going on as well. I was reading the sports page recently, and Lely’s senior Joshua Wagner set a new personal record at the Class 3A boys Cross Country State Championships with a time of 16 minutes, 4 seconds, which turned out to be the fastest race of the day! His racing strategy? Run hard! Lely High School senior Rosie Poling, girls cross country team, recently won the Class 2A-District 12 championship meet, and was nominated for the Wendy’s High School Heisman. Also, the Lely Girls Relay Swim Team is doing a tremendous job. In the 200 medley relay they finished 4 seconds behind Suncoast for first place and qualified for State Regionals at the Region Meet at FGCU Aquatics Center. They set a school record in the 200 medley relay and are hoping to get better in the state finals. Lely Trojans also took Palmetto Ridge by a score of 47 to 38 in football, and Marco Island Academy won over Bell Creek Academy 41 to 18. We’ve got lots of “good stuff” going on in this area, that’s for sure!

•For those living a little farther out, our transportation team has been communicating with FDOT and found that they have approved installing a signal at the intersection of US 41 & SR 29, but no date has been announced as yet. The good thing is it is moving in the right direction!

So much more to write…so little space!