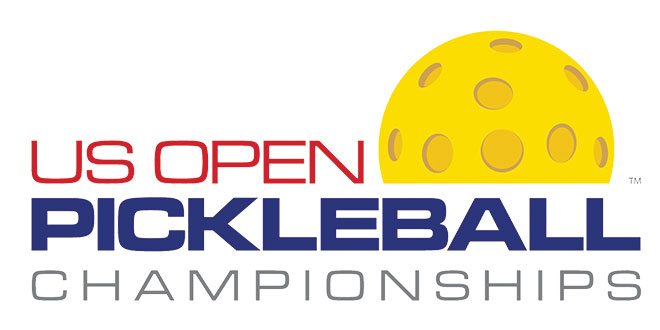 The U.S. Open Pickleball Championships was founded by racquet sport professionals and life long athletes, Terri Graham and Chris Evon. Graham and Evon spent over two decades working for Wilson Sporting Goods in Chicago, where Graham was the Business Director for indoor racquet sports and spearheaded racquetball, squash, badminton, platform tennis and most recently, you guessed it, pickleball!

The two recognized the time was right for a world-class international pickleball event and in 2014 they started Spirit Promotions, LLC to organize the U.S. Open Pickleball Championships. To their delight, these Marco Island part time residents needed to look no further than neighboring Naples for the perfect venue. In January 2015 Collier County CVB signed on for a three-year commitment to host the tournament.

Donna Fiala, Collier County Commissioner says, “East Naples is the fastest growing community in Collier County. Hosting the fastest growing sport in America seemed like the perfect fit!  We are committed to investing into this event and into the park to make it the best place for people to play!  Kids, parents and grandparents are learning the game.  It’s great for families and great for the community.  We look forward to being a part of this event for many years to come.”

Graham and Evon teamed up with the local USA Pickleball Association District Ambassador, Jim Ludwig, and the three set to work in early 2015 to organize a world class sporting event. Ludwig is equally passionate about pickleball and founded the nonprofit “Pickleball for All” to introduce the sport to every school in Collier County and beyond. “The U.S. Open Pickleball Championships has opened doors to not only help us grow this charity, but to help us make Naples the pickleball mecca of the world!” says Ludwig.

By establishing the U.S. Open Pickleball Championships, Graham and Evon hope to raise awareness of the game, create new enthusiasts, and give players an opportunity to compete at the highest level.

Ready to join the fun? Here are some tips for planning your outing to the first U.S. Open Pickleball Championships.

The Inaugural U.S. Open Pickleball Championships comes to East Naples Community Park, 3500 Thomasson Drive. The U.S. Open Village is the place to go for players and spectators alike. Guests can enjoy great food, a Zing Zang Bloody Mary, and listen to live music every afternoon in the Miller Lite beer garden.  Or you can browse the vendor booths at the U.S. Open Expo.

Bring an appetite and your cowboy boots on Friday, April 29th for Tito’s Country Western Night when Hot Damn Duo headlines an evening of great food and dancing.  No cover charge!

The Championship Celebration will take place Saturday, April 30th.  CBS Sports network will be on site filming the Pro Mixed, Women’s and Men’s doubles finals.   The finals will start at approximately 5 PM, and continue into the evening!

Access to the outer courts and all entertainment is free and open to the public. The admission fee to the Championship Court to watch the best players in the world is $10/day on Wednesday, Thursday and Sunday, and $20/day on Friday and Saturday.  Tickets are available in advance and at the gate on the day of the event.  (Space will be limited.)  Email:  chris@usopenpickleballchampionship.com for more information.

For all the details and to sign up for email updates about the U.S. Open Pickleball Championships, visit the website at www.usopenpickleballchampionship.com.

• The sport of pickleball has been around since 1965.

• It remained a well-kept secret until 2008 when the
game hit the senior market.

• Today it is estimated that over 2 million people play the game.

• Younger people are being introduced to the
game in record numbers.