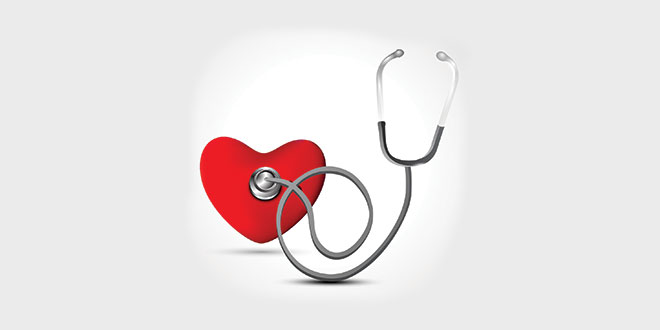 As they began to place the mask over my face, for the first time in my life, I truly believed I was now in God’s hands and felt a calmness engulf my body and mind.

The next thing I remember was hearing hushed voices in the background to my right and wondering if I was alive or had gone to another place. I had read and heard of patients who could not be revived after surgery and others who were left comatose and later been taken off the respirator and passed. Because I feared this could occur while unconscious, but cognizant, Debbie and I had developed a code to minimize such an occurrence. If I was heavily sedated, but conscious, she would take my hand and I would use my thumb to communicate. I would squeeze once for yes, twice, for no. If I couldn’t use my thumb, I would blink my eyes in the same manner. Within a few seconds, although heavily sedated, I recognized Debbie’s voice. The doctor told her she could see me for a few seconds, but I most likely would not be responsive. She took my hand and asked if I was in pain. She would later tell me that at first, I began continuously blinking both eyes and intermittently squeezing her hand with my thumb, but calmed down after a few seconds and focused on her questions. She had asked if I was in pain and I squeezed her hand twice. She asked if I knew who she was and I had squeezed once. She then asked if I knew she loved me and I again had squeezed once. The doctor became concerned for I heard him say, “We have to go, you’re over-stimulating him. I don’t want him coming out of this too early.” I thought, no we don’t want him to be over-stimulated. Debbie would later tell me that I was brought out of the recovery room five hours later.

The next few days were rough. When I awakened and viewed the stitched incision that ran from the inside of my left elbow to the wrist of my hand I was disturbed. I thought, did they cut this with a can opener? Debbie and I laughed later when I said I could always say I survived a “great white attack.” I had never experienced the degree of pain felt when they sat me up for the first time. That is, until the second day, when “Nurse Ratched” came to remove the three drainage plugs from my chest cavity. She slowly pulled out the first two as I moaned and groaned. She said she would remove the third one on the count of three. On two, she removed the third in one quick tug. I immediately, but subconsciously wanted to retaliate by yanking out every stand of hair from her head. The second night following my surgery Debbie took me for walks, which really helped, because I was home by the afternoon of the fourth day. But my stay was again not without incident. I am highly allergic to perfume and a sign had been posted on the door of my room. Yet, a nurse had entered my room heavily scented in perfume and was asked to leave. When confronted, she replied, “I’m the only one assigned to you today, so it’s me or no one.” My immediate response was, “Then it will be no one.” The next time she entered the room, I barely detected a scent.

When Debbie and I returned home I chose not to enter the premises, but opted instead to take a walk even though it was a warm, humid afternoon. I grabbed the red, heart-shaped pillow that had been provided to prevent movement of the breast bone which had been wired shut, clutched it firmly against my chest, and went for a twenty minute walk, praying the entire time that I would refrain from coughing and sneezing. Debbie couldn’t take off from work, which was OK, since a nurse came daily to check my vitals and see how I was doing. The first month was difficult for the pain, at times, was excruciating, which caused me to seek an epidural to ease the pain, and when that proved ineffective, a dozen sessions of acupuncture, which eliminated most of the discomfort.

During the next few years I periodically experienced periods of angina, which my cardiologists believed were related to the progression of the disease in my minor veins and spasms in the lining of the artery walls. Other than my normal bi-annual stress testing, no major heart procedures were ordered for a period of ten years. But, in 2009, I would again be forced to enter another cath lab for an angiogram. 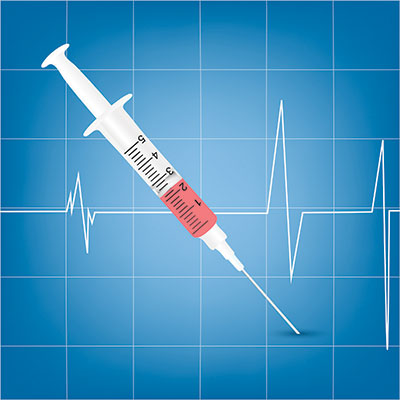 my pending surgery, I experienced a mild episode of angina and my general practitioner sent me to a local hospital for a stat blood test of my liver enzymes, a test she was unable to conduct at her office for an immediate reading. The next thing I knew, I was being admitted into the hospital and within an hour was visited by a cardiologist on call who told my wife and I that I would have a stress test probably followed by an angiogram and the insertion of several stents. I asked if my liver enzymes and EKG showed signs of a cardiac event. “No, but I want to be certain” was the reply. I asked to be released but was told if I left the hospital against the advice of my attending physician, my insurance would not cover my visit. I called my internist whose partner and husband explained the purpose of my visit, but that too did not gain my release. I was told I would be kept overnight for observation and if all went well, I’d be released the following day. As I prepared to go home the next morning I was told an echocardiogram would be conducted and if that was OK, then I would be sent home. After my testing and my time for release passed, I asked to speak to the doctor but was told he was in the middle of a procedure, and although my test was OK, I would be kept in the hospital for further testing. I contacted my primary cardiologist and scheduled a next day appointment with him. I then called a local cardiologist who was a friend and back-up for my primary specialist and told her my story. It was as if I was the participant in a bad episode of “The Twilight Zone.” She came down within a half hour and signed me out. Because of what had occurred, I could not be cleared for surgery unless I underwent another angiogram, which was conducted by my primary cardiologist the following day. No major blockages were found and I had my surgery.

Throughout the years I learned to differentiate between angina, chronic back pain, a result of a serious fall in my late twenties, and re-flux, developed from my strict vegan diet and heavy doses of niacin taken to increase my HDL. Although one can never be sure, I found if I took an aspirin and pain failed to subside, I felt relatively assured it was either my back or reflux, the latter not seeming to be positional.

I have periodically undergone various forms of cardiac testing during the last seven years, and to date had only one frustrating, inexplicable incident. Several years ago I received the results from another nuclear stress test, which stated that I had stents in place, had no bypass surgery and no signs of damage from a cardiac infraction. I called several times to talk to either the doctor who interpreted the data, or the director of the facility but was not taken seriously. The final time I called and asked that my name be given to the editor of the Harvard Medical Journal. After a long pause, the nurse on the phone said, “you can’t be serious.” I said I certainly was, “because I am the only documented patient in history to have the dead muscle caused by a cardiac infarction (heart attack) completely rejuvenated without the use of stem cell replacement!” I later showed my report to my primary cardiologist who agreed, when possible, all future stress testing should be conducted on site.

This is my story told to the best of my recollection. Though my wife and I have endured an unimaginable sequence of events, we believe we are truly fortunate for we’re still alive, and through trial and error and a degree of luck, and are blessed to have, what we consider, the best team of practitioners in their fields of expertise. And, although we think our experience has been difficult, we do not believe it to be entirely unique. Over twenty-five million Americans suffer from heart disease and millions of others from different life-threatening illnesses. And, we believe many of their stories are more complex and their outcomes, less favorable.

Although great strides have been made to slow the progression of heart disease, it continues to shorten the lives of over half a million people each year. Hopefully, my story illustrates the need to be diligent when selecting physicians, and scrupulously attentive when monitoring the care they provide. Maintaining sound health and dealing with life-threatening illnesses require a collective effort and should be treated as such. Since patients are often confined by self-imposed limitations and frightened by long-term prospects when first informed of severe illnesses, the more expedient and accurate the prognosis, the more likely one is to begin to address the disease. And, the more empathy, understanding, and concern shown to a patient, the more apt one is to enjoy a better quality of life. Yes, heart disease, like any sickness, can be a progressive and debilitating illness, but having this affliction doesn’t mean we cannot live and enjoy a relatively normal life with our loved ones and friends.