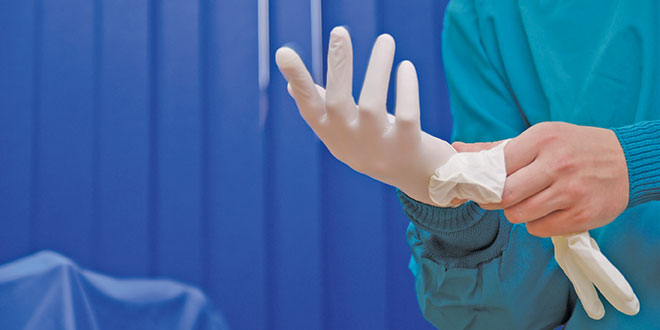 A chill passed through my entire body and I began to uncontrollably tremble as my gurney was positioned in the center of the room. Both fear and my attempt to acclimate to the lab’s cool temperature and sterile environment had exacerbated an already heightened sense of anxiety. To my right lay a round table covered with instruments and syringes, and to my left, a rather large, intimidating monitor. Before I could collect my thoughts, I was approached by my physician and two nurses dressed in light green attire. One of the nurses suggested an additional sedative be administered since I appeared more anxious than normal. One of the nurses folded back several layers of warm compresses that had been placed over me, exposing my genital area to all who were present. I thought this was somewhat embarrassing, although I realized this was simply a routine for nurses and no big thing, in metaphoric terms.

The doctor asked if I preferred that he enter through my right or left side, “The left will be much more comfortable for me,” I replied. I immediately felt a numbing sensation from the local anesthetic which had been applied to the area adjacent to my groin a few seconds before feeling and hearing the puncture of the catheter as it entered my body. It was such a weird sensation to feel a foreign object being firmly threaded through the entire length of my artery to the very core of my existence. Even more incredible was my ability to view the entire procedure on the adjacent monitor. “God, one slip of the hand!” I thought. I couldn’t help but think of the repercussions. I knew a tear in the vessel would result in bypass surgery, or possibly death. Nevertheless, the sedative made me drowsy and I started to doze-off. I abruptly awoke when my cardiologist firmly said, “Stay awake, I need you alert for this.” The first few minutes were difficult, but the pain subsided once the catheter passed the abdominal area. I felt a burning, tingling sensation in my throat and lower jaw. There were several severely blocked arteries and the doctor had a difficult time opening the last one. I could hear him pushing on something and the additional nitro being released into my body. I heard him say to the nurse, “I’ll try one more time, but cannot stay in him much longer.” Shortly after, he told me he was done and would be withdrawing the catheter. Removing the instrument was far less painful and much more expedient. Within minutes the procedure was over. The next day I went home.

After spending the following month with Mom, I knew her health was deteriorating and she was struggling to present a positive image so as not to further worry her son and family. She attempted to make an appointment to see her oncologist, for she believed she was no longer in remission and in trouble, but was told the doctor believed she was fine, but if she had concerns, she should go the emergency room of the local hospital. Since I had a scheduled follow-up appointment with my original cardiologist in the same area, Mom said she would attend my visit and then proceed with me to the emergency room.

I was totally prepared for my appointment. I had been told to read as many books as possible on heart disease and list any questions of concern and had done both. During the past month I had become a true vegan and lost thirty-five pounds. After a few minutes of addressing questions presented by the doctor, I started to 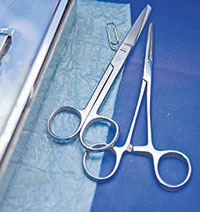 ask my questions for I needed clarification pertaining to progression of atherosclerosis, proper diet and preventive care. I was startled and shocked by the response given. “I don’t have time for this.” “Why did you ask me to read and make a list?” I inquired. “I tell all my patients to do so, but most aren’t as thorough.” “Well I am,” I firmly stated. An appointment was made for a cardio-lite stress test, also know as a nuclear stress test, coincidentally, at the same hospital we were taking my mom. Disheartened, disappointed, despondent and depressed, I left and proceeded to take Mom to the emergency room.

Mom was admitted and a series of tests were conducted during the next two days. It was, I believe, the second day I left Mom’s bedside to undergo my test. After completing the first half of the test, I was instructed to go to the cafeteria to eat something light, which didn’t seem to make much sense at the time. When leaving the room, I was approached by Mom’s oncologist, who had been searching for me with her test results. I explained I was waiting to be called to complete my stress test. He said he was aware of the test and had been informed by the lab’s staff that I could be found in the cafeteria. I was abruptly informed the cancer had spread, Mom would be sent home, and that she had four or five days to live. I was in shock, not only by what I had just heard, but the callous manner of delivery and inappropriate, but obviously convenient timing for the grim bearer. I would later ask why Mom had to endure a colonoscopy if it was known she was dying, and was told by the oncologist that he wanted to know if the cancer had spread from the colon to the liver, which didn’t make sense because of the nature of lymphoma. A few years later I asked the doctor who performed the colonoscopy why he conducted the procedure knowing that the patient had days to live and was told he would not have done so if this had been brought to his attention.

The following day, I sought my cardiologist who I heard was conducting daily rounds with patients. I located him and attempted to ask if he had reviewed my test. At first, he didn’t stop or even slow as I scurried behind in an attempt to hear a response. A minute or so later, he stopped for a second or two, glanced over his shoulder and abruptly said, “I don’t have time for this, call my office and make an appointment.”

Mom came home never being informed of the severity of her condition. I had to tell her when she asked, “Am I going to die?” Mom passed away four days later. This was an especially agonizing time for my mother and our close-knit family, unnecessarily exacerbated by her oncologist’s failure to provide a morphine pump to ease the suffering and pain which made her last day a living hell.

I dropped my cardiologist and located the one who had performed my former angioplasties. He seemed kind and professional and genuinely concerned when he asked why I changed specialists, even becoming teary-eyed when informed of my plight. But, he startled my wife Debbie and I when he said he believed stress had nothing to do with heart attacks or heart disease.

I was enrolled in a cardiac rehabilitation program and immediately realized most of my fellow participants were 10-20 years older than me, which was incredibly depressing. For the first time in my life, I understood there was a distinct possibility that 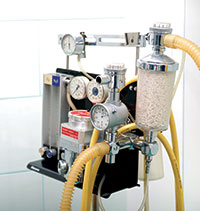 my lifespan could be far shorter than the norm and that my wife and soulmate of fifteen years could be left a widow before the age of forty.

The first few days were difficult, for I was uncertain if exercise would trigger another attack. Although I had been athletic most of my life, when Mom had become ill, I had become somewhat of a recluse, stopped taking long walks and gained weight. But, the staff was professional and the participants friendly, and I quickly acclimated to my new environment. A month later I was told my participation was no longer necessary, for the staff believed I had progressed to the point where I could be entrusted to continuing some form of mild exercise while home. I still lacked confidence and pleaded to stay another cycle, but after a few weeks, was again told it was time to leave. I started to appeal to their senses, but believe their exact response was, “Do we need a crowbar to pry you from this place? Go home!”

I had returned to work shortly after losing Mom, but found little comfort in my place of employment and no empathy from my co-workers who were angered by my prolonged absence, which resulted in their being assigned most of my responsibilities. A few weeks later I collapsed in our master bathroom and was rushed by ambulance to a site where a helicopter awaited my arrival. As I was strapped to a gurney fastened to the exterior of a whirlybird, I kept asking, “Am I really going on the outside? Aren’t you going to bring me in?” Within minutes, I was on my way to a hospital located an hour away. Although an avid skier, I dislike heights and began to tremble as I glanced over my shoulder toward the ground. I remember thinking to myself, if I haven’t suffered another heart attack, I’m surely going have one now. When we landed on the launchpad, the pilots seemed confused, for lights were flashing and sirens bellowing, and doors were secured. I remember thinking, Am I dying and everyone is awaiting my arrival? Within minutes the crew and I were informed the hospital was conducting a test and was on lock-down and that I would soon be admitted. Minutes later I was rushed into surgery where it was determined that I had experienced a spasm of the artery which created a temporary blockage that had restricted blood flow and caused the blackout. I was sent home the next day.

In 1995 Debbie and I decided to sell our home, purchase a condo and move on with our lives. Unfortunately, improvement in our quality of life was short-lived. Our series of stressful events had taken its toll on Debbie, a healthy woman who had worked for over twenty-five years and hadn’t been admitted to a hospital since birth. A few months after moving into our new condo, I received a call and was asked to come to the hospital, for Debbie was ill and being prepped for emergency gall bladder surgery. I arrived just as she was being carted down the hallway. About an hour later, the surgeon came out to tell me all was going well, but there was a problem. A gallstone had become trapped in her liver duct and an attempt to remove it could result in pancreatitis, and in extreme situations, death.

I sat motionless, stunned by what I heard. My heart began to race, for I feared that I might lose my partner and best friend.

Read more from Roy Eaton’s “Dying to Survive” in the next issue of Coastal Breeze News, on newsstands September 16, 2016.