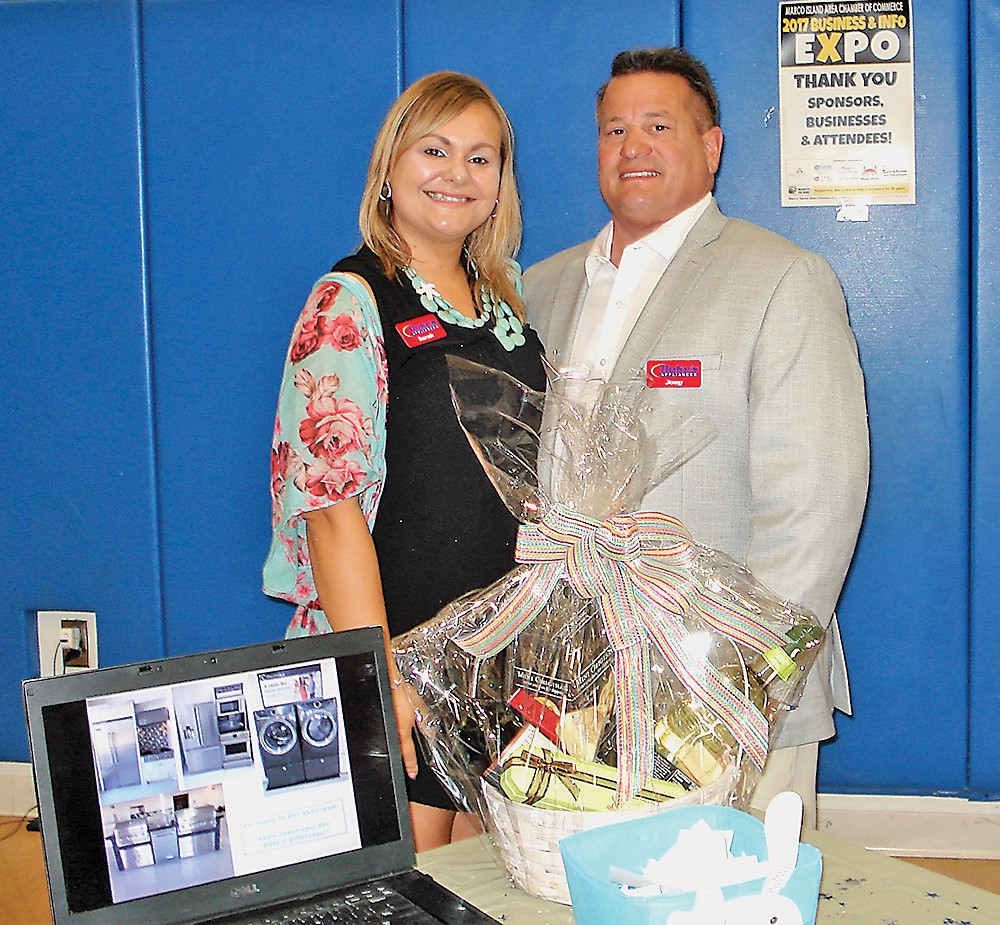 As you step inside the newly opened Marco Design Center at 128 S. Barfield Drive, you realize that you are entering a world of new beginnings. The vast showroom, still in its opening phase, promises to be the center of one-stop shopping for every detail of design to make your island home a showcase of its own.

Most of the space is still vacant, but will soon be filled with displays from many vendors. Duke’s Appliances, the first born feature of the center, currently offers a display of kitchen and other household appliances. High end stove and refrigerator models by Viking are joined by the new brushed stainless “no fingerprints” Frigidaire refrigerator. Other displays include a Bull of 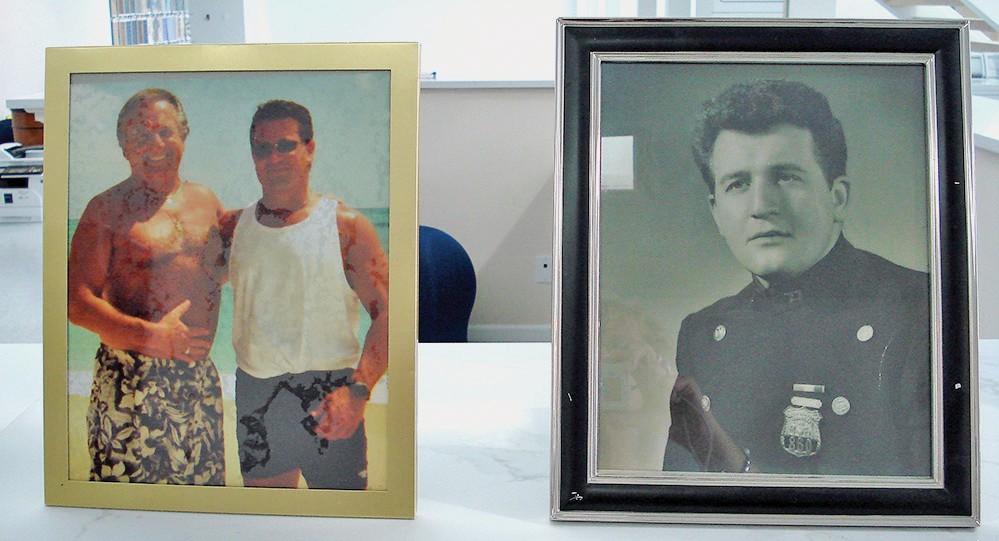 Memories of the Duke.

an outdoor kitchen (made by the company of that name!) and under counter refrigeration by Marvel. The laundry department boasts several models by Electrolux and Speed Queen. Coming soon are more appliances by LG and Fisher & Paykel.

Future vendors will include displays of home theaters, an outdoor dock and boatlift, and much more!

Although it is the place to be for new selections and remodeling, there is a personal touch that suggests something even more. That element lies in the namesake and story behind Duke’s Appliances. Joey Billi and his brother John, the owners of Duke’s Appliances, are former teachers from New York. They have been in the appliance business in Naples for the past 7 years. They 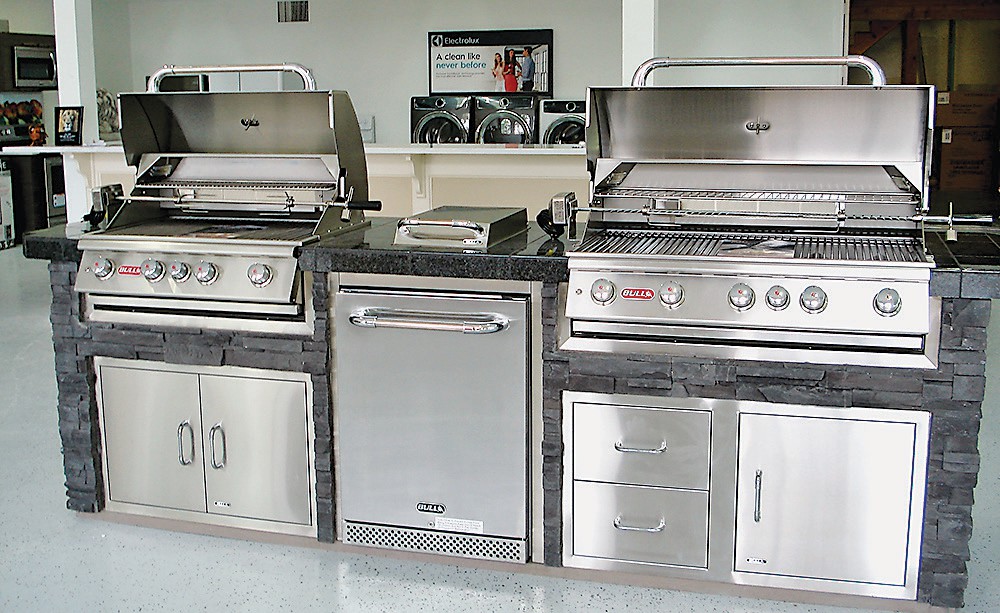 decided to cross the Jolley Bridge and launch their new family venture on Marco Island. Their Dad, nicknamed the Duke, is their inspiration. Although he passed away 14 years ago, the Duke’s legacy lives on. The motorcycle cop from Brooklyn taught his children to live with pride, a word that not only conveys the quality of being proud, but can also be defined as a group of lions.

These words from Joey Billi are proudly displayed in a frame in the showroom. “I was not delivered unto this world in defeat, nor does failure course in my veins. I am not a sheep waiting to be prodded by my shepherd. I am a lion and I refuse to 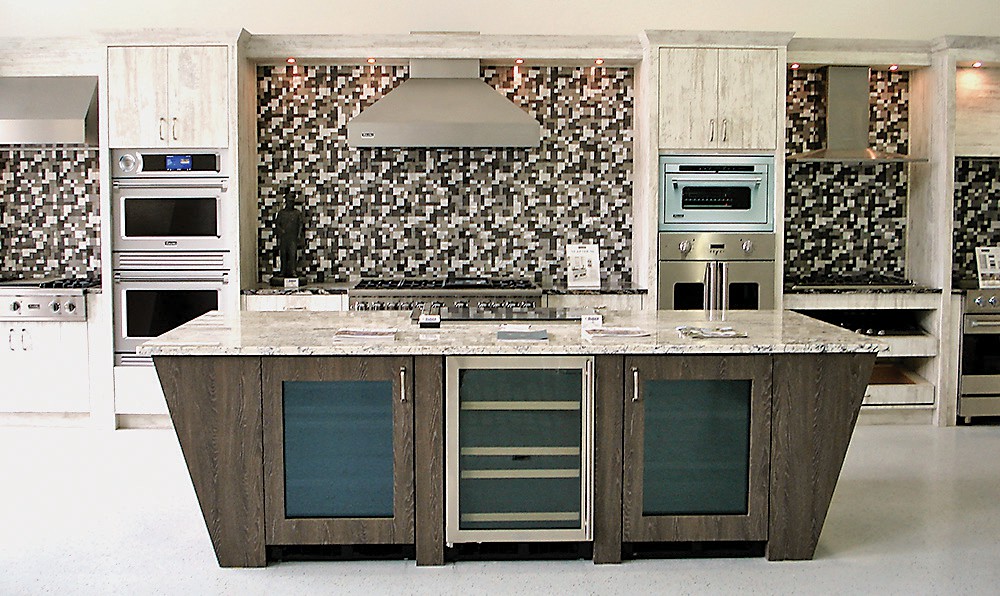 talk, to walk, to sleep like a sheep. I will hear not those who weep and complain, for their disease is contagious. Let them join the sheep. The slaughterhouse of failure is not my destiny.”

Amidst several photographs and other touching memories of the Duke, Joey Billi proudly displays his “Heart of a Lion” Leader of Pride award that he received in 2015 from his business network, Downtown Naples BNI. I think we can all agree that the Duke must be very proud!

Stop by to say hello at Duke’s Appliances at the new Marco Design Center. They are located at 128 S. Barfield Drive, directly across from the Shops of Marco. Give them a call at 239- 970-0618 or email joeduke@hotmail.com.