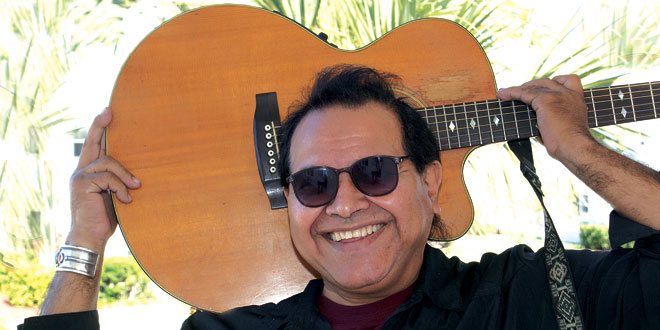 Generally speaking, we keep to a theme here at music notes. The subject of music has such a vast plethora of information that staying on topic is simple.

“But it’s all right now I learned my lesson well, you see you can’t please everyone, so you got to please yourself.”

In this tweak’s edition, we will be venturing off course, dabbling in the wild and often controversial subject of UFOs.

UFO-any apparent anomaly in the sky that is not readily identifiable as a known object or phenomenon by visual observation and/or use of associated instrumentation.

It all started like any other normal evening in Naples, Florida. A beautiful sunset had gone down over the Gulf of Mexico; the cool Gulf breeze eased across the beach. Then everything changed for local entertainer, Jorey Ortiz.

According to him, he saw four bright orange lights hovering over the water. Jorey, who has been living and entertaining in the Marco Island area for over 15 years, described what he saw as being 50 feet above the ocean, with no reflection, and no sound; no strings attached.

When he told his family and friends they thought he was crazy, drunk, or on drugs. That was when he decided to turn to his musical background, and he began writing an album all about his and other people’s experiences with UFO’s. He teamed up with an old songwriting buddy of his, Don Barber, and began work on a project of 19 songs that would be completed in record time and titled “Salamander Slim-UFO’s.” The response to Jorey’s album was so strong that he decided to start working on a radio show on the same topic. It would be a chance for him to talk about his chance sighting on the beach, hear other people’s experiences and also to showcase local entertainment.

The new show, called “Drumbeats & UFO’s,” hosted by Jorey Ortiz airs on Saturdays and Wednesdays on 98.1FM The Island. He will feature various guests, from local entertainers and personalities, to people who have seen things that they could not explain. A hotline will be available for reports and questions.

Of course a radio show cannot be run by one man alone, so it’s a good thing that Jorey has some friends in the business.

First off, the radio station that broadcasts “Drumbeats & UFO’s” is 98.1 The Island, owned and operated by Bob Ladd, who also acts as the shows engineer and editor. The normal operation of the station is Top 40 to golden oldies, but we’re glad they fudged a little on the format to squeeze in some excitement, UFO style! The show will not only be played on the radio, but can be viewed as a webcast and a DVD of the show is in the works, including video of the tapings and extra unseen footage.

Peter Berec, a photographer, videographer and producer will be heading up the DVD production. He also runs Marco Island Photography (marcoislandportraits.com).

Jorey also brought to my attention his songwriting partner, who helped put together the ideas into the structure of a song, then to a full length CD of original music. Don Barber and Jorey have put their talents together on over 350 songs, including Christmas songs, love songs and any other subject you might think to write a song about…The’ve written it!

The show would not be possible without the help and support of Jorey’s family, mostly made up of entertainers and musicians. He credits Steve Ortiz, his father, for getting him interested in music as well as helping him develop his skills. A well known regional entertainer, Barefoot Geno, is Jorey’s brother, and acts as a consultant for the show, as well as providing additional music. Jorey wanted to make sure that we included his nieces in the story. “Melody, Summer and Zoe have been a huge inspiration to my work for years,” he states, recalling walking them around for exercise, while penning lyrics to countless songs.

Be sure to catch “Drumbeats & UFO’s” on 98.1 The Island, Wednesdays at 5:30 PM, and Saturdays at 9 AM. You can also catch Jorey’s live performances at Stilts Restaurant at the Crystal Shores on Thursdays at Sunset.

For more info on Jorey, the radio show, or UFO’s, visit www.Jorey.org.