Drones Are Coming! Are You Ready??? 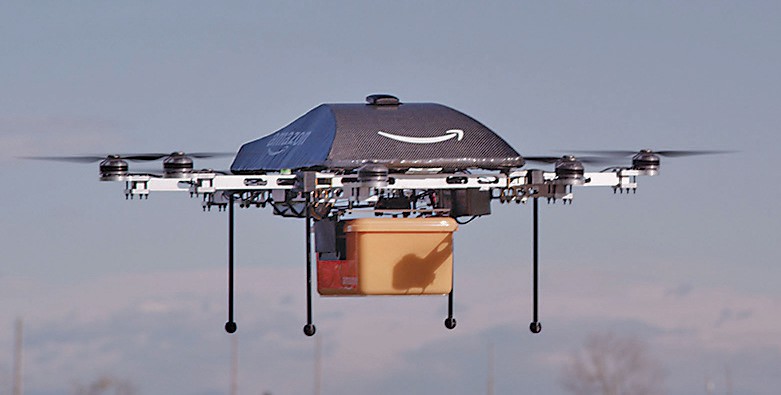 It’s a bird! It’s a plane! No, it’s a drone! Well, in legal terminology, it’s a UAS, better described as an Unmanned Aircraft System. At present, UAS are one of the fastest growing areas of technology. Last year, 2.5 million drones were sold in the United States, with 1.6 utilized for recreational purposes and 900,000 for commercial uses. Local attorney Patrick H. Neale recently addressed the Marco Island Area Association of Realtors (MIAAOR) with an overview of just what this means for our future.

UAS have a long history, dating back to 1918 when Orville Wright built the first drone. The string controlled Kettering Bug was used for military purposes in World War I. Years later in World War II, De Haviland Aircraft launched the first remotely controlled UAS, the DH 82B Queen Bee, used by the Royal Air Force.

In recent years, drones have made the transition from military to commercial and other uses. Their highly sophisticated supporting technologies include micro-electro-mechanical systems (MEMS), global positioning systems (better known as GPS) using 31 satellites in orbit around the earth, brushless motors and lithium polymer batteries. Drones are being used in the fields of real estate for property videos, entertainment (like the 300 UAS Swarm that was used in the Super Bowl Halftime Show), domestic border patrol, hurricane analysis, television news reporting, agricultural crop assessments and construction job site inspections.

Model Aircraft do not need FAA approval, but in order to fall under that definition, the aircraft must be under

55 lbs., be flown strictly for hobby or recreational use, and must operate in accordance with a set of safety guidelines in a manner that gives way to manned aircraft without interference. When flown within 5 miles of an airport, the operator must notify the airport operator and control tower with prior notice. The FAA can pursue legal enforcement action against Model Aircraft operators if they engage in reckless operation resulting in the endangerment of the life and property of another.

If an unmanned aircraft engages in either direct commercial use or in incidental use for a business, the laws become more strict. The aircraft must be either less than 55 lbs. or registered with the FAA if over 55 lbs., and must undergo a pre-flight check to ensure that it is in condition for safe operation. The pilot must be at least 16 years old, must have a Remote Pilot Airman Certificate and must pass TSA vetting. Further restrictions for commercial use require that the pilot must keep the aircraft in visual line of sight, fly under 400 feet, fly only during the day, fly at or below 100 mph, yield the right of way to manned aircraft, must NOT fly over people, and must NOT be flown from a moving vehicle. However, the FAA may issue waivers for these requirements upon request by way of an online application.

A remote pilot of a small UAS must report an accident to the FAA within 10 days if that accident caused any injury to a person or damage to property (other than the UAS itself) in excess of $500 to repair or replace that property.

One important fact to remember is that local regulation of UAS is limited by the FAA. The FAA takes precedence over all local authorities. However, local law enforcement can investigate violations of 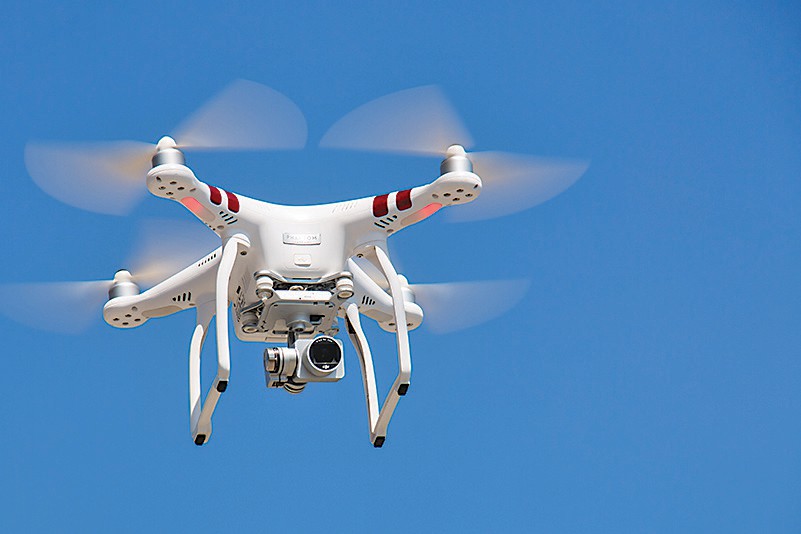 Federal regulations are very strict when applied to certain hazardous situations. There is currently a 5-mile temporary flight restriction, including drones, surrounding the 30th Ave. fire. It is a Third Degree Felony to fly a drone in any area that has firefighting air support on scene.

FAA administrative violations and enforce violations of local criminal laws. Local and state authorities are preempted from regulating altitude, flight paths, operational bans or regulation of airspace. For example, a municipality may not ban UAS flight within city cimits. Locales are also unable to require mandatory training or equipment. All of these specifications come under the FAA’s authority. State and local authorities DO have the right within their jurisdiction to specify that UAS may not be used for voyeurism, hunting or fishing and that weapons may not be attached to a UAS. State and local legal authorities may require police to obtain a warrant before using a UAS for surveillance.

All of this may seem a bit confusing. Keep in mind that the formal set of FAA rules for UAS regulation haven’t even been in existence for 2 full years yet. It will certainly be interesting to see what happens as time goes on.

Speaking of time going on, here’s a glimpse of what the future may hold for us. Amazon, Dominos and FedEx are seriously examining the possibility of using drones in delivery services. Picture a truck coming to a stop on your street, with the top opening and releasing several drones carrying packages to their recipients. Imagine a pizza delivered by a drone! How about a “Nanny in a Box” to fly around the house, keeping watch over your child?!! Do you remember the TV cartoon, the Jetsons? Sometimes it seems like we are living in that age. Maybe that show wasn’t as far fetched as we believed at the time! From a very practical standpoint of safety, drones may also see more use in the future for dangerous jobs such as tower climbing, pipeline, powerline and dam inspections.

For more information about Unmanned Aircraft Systems along with their laws and regulations, please visit www.faa.gov/uas/