Dr. Joseph Parisi: Road to Marco Paved with Many Hats 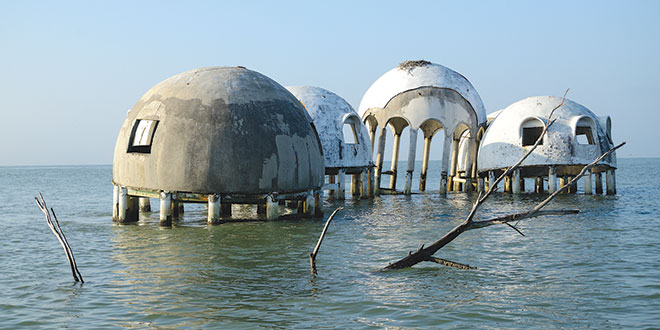 The paths we take to get from one point to another are as varied as the stars in the sky. For Joseph Parisi, there was a hat for every path, and a path for every hat.

A good place to start is the beginning, which, for our story, is Brooklyn, New York and a chicken farm. “Instead of spending the summers in hot Brooklyn, I went to Tom’s River, New Jersey and spent the summers with my Grandparents on their chicken farm. That was my first introduction to animals.”

After high school, Joe joined the navy as a corpsman and served in Vietnam and aboard ship. Following his naval service, Joe attended St. Francis College in Maine, and then went on to St. John’s University in Jamaica where he received his master’s degree.

Joe was a senior at St. Francis when he met Barbara. She was working in a local hospital. They married. Here, many people would say ‘and we lived happily ever after. The end.’ Not these two. There was still a lot of life ahead and many hats yet to use. 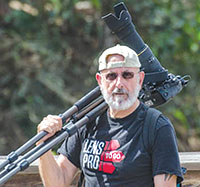 thrilled with teaching. With encouragement from his wife and some doctor friends, Joe was thinking about going into medicine. His navy experience would prove valuable in pursuing this profession. But then Joe recalled his youthful days on the farm with all the animals. Joe would go into Veterinary Medicine.

Given his age at the time (about 32), many U.S. schools discouraged him, saying he was a bad investment at that age. If you’ve ever had a chance to talk with Joe, you will know, as did I, this was but fuel for his fire. After a lengthy process that would make a good story in its own right, Joe was accepted at the University of Pisa in Italy. (It is the 19th oldest university in the world).

“That first year in Italy was one of the hardest times in my life,” says Joe. “You have to remember, this was 1975; no internet, no e-mail, no nothin’. The bureaucracy in Italy was phenomenal! You wanted something done today, you better have started it a month earlier. It was cold and we heated with kerosene. Everything smelled like 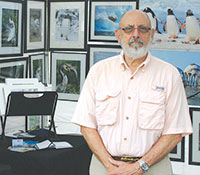 without his hat on at the Framer’s Market.

Barbara was much better than Joe with the language. This was a major detriment as the university exams were oral and open to the general public. “My first exam was in rural economics. After the first few questions, the instructor was shaking his head and I knew this was not going well. Two months later, I retook the exam and received ‘trenta laude’, which was an A+ and unheard of for an American. I felt a little better after that.”

This was also the time when Joe’s father passed away and his mother was alone in the states. “During the time Italy was very hard but Barbara and I still say that since we survived all that, we can handle anything.”

After his return from Italy, complete with a degree in Veterinary Medicine, Dr. Parisi decided it was time to branch out on his own and, in 1982, opened his own veterinary practice in Massachusetts, which he, along with Barbara, maintained for 25 years. It was also the year their daughter, Allegra, was born. “Barbara was my assistant 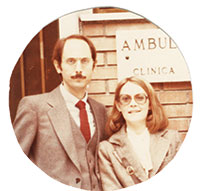 at our animal hospital. And the trooper that she is, worked on Saturday, gave birth on Sunday and was back to work Monday.”

It was during this time that Dr. Parisi developed an interest in Eastern practices of healing. He was certified in acupuncture and as a veterinary herbalist. (Two more hats for Dr. Parisi). He still practices both Western and Eastern modalities in working with animals today.

A photographer’s hat had been in the works for a long time. “I had trouble reading in my early years. About age 10, my Dad bought me a camera. Along with it, a book on how to use it. I had to learn to read properly if I was going to use that camera.”

Devoting most of his time to school and later to his animal hospital, photography was a low-end hobby at best for Dr. Parisi. Allegra had graduated from Notre Dame and was living in Florida. In an effort to see more of her, the Parisis decided to retire and moved to Marco Island. That was four years ago. Allegra moved from Florida but the Parisis stayed.

“Want a Dance” Photo willbe on display at the Marco Island Library from June through August.Dr. Parisi will also have many other photographs on display.

And now Dr. Parisi could focus on his photography.

Working under the name Frame Focus Shoot, Dr. Parisi has a great collection of wildlife photography which he and Barbara sell at local art shows and the Farmer’s Market. He also does portrait photography. Life came full circle and the hat collection grew again.

Dr. Parisi’s photographs will be on display at the Marco Island Library from June through August. He also puts on his veterinary hat and works with local clinics. He is best contacted through a referral from your veterinarian. His acupuncture techniques and Eastern practices are still requested by many in the area. Barbara has kept her jewelry business going, and also has a quilting business called Gator Baby Quilts.

Dr. Parisi sums it up: “In the four years we’ve been here, I’ve worked a lot and made a lot of friends. The people here in Florida are very warm, very outgoing. Sometimes I put on my Eastern hat, sometimes my Western hat and other times my photography hat. You’ve gotta keep your brain stimulated. We believe in being active and we’re involved in many community activities and groups. We love it here.”