Does the Game of Tennis Need More Changes? 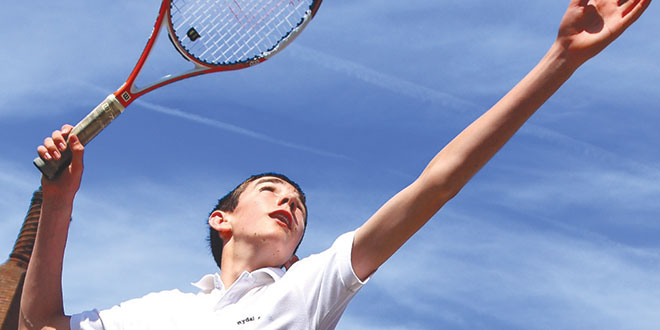 Change for the sake of change. Does the collegiate game really need a complete overhaul to attract more fans?

Not too long ago, every single college tennis match was the best two out of three contest, and each match counted to determine the final score. For quite a long period of time, the order of play was consistent. Each university fielded six singles matches, and then the day was concluded with three doubles contests. Clearly too many duals were decided after the singles play and that rendered the doubles meaningless.

So, in the mid-1970s, the format was altered with doubles beginning each dual-match with the singles players determining the outcome. Unfortunately, the leaders of college tennis decided that the format needed another tweak: condense each doubles match from two out of three sets to one eight-game pro set, and the doubles winner would only win one point. Therefore, the overall scoring was slightly transformed with teams winning 7-0, 6-1, 5-2 or 4-3 instead of 9-0, 8-1, 7-2, etc.

For the most part, the small changes make sense, but there is one hitch. If one of the schools wins two of the doubles matches, play is stopped. So, if the No. 2 team is on the verge of victory, this particular team does not get to enjoy their big moment. It is no different in singles action, as once the outcome is decided, a few singles matches are not completed.

Call me old fashioned, but this never happened in my era; unless there was an injury, we played to the bitter end. I feel sorry for the hundreds of talented collegiate stars who play for losing teams; if their teammates lose early, they are not able to compile a winning record. So, to me, some changes might enhance the game, but other modifications could destroy the fabric of college tennis.

The latest proposal is to keep condensing or shortening the game so it may be packaged for television. The goal is to have the college game fit into the perfect box: “Tune in to the Tennis Channel or ESPN and see the Florida Gators challenge the FSU Seminoles from 4-7 PM.” So, to speed up the game a little more, doubles matches will only be one set and no warm up for the singles contestants. To add insult to injury, every match will be no-ad scoring. Wow!

Now, to keep an open mind, the viewer is now fully engaged in this collegiate clash and will be less likely to flip the remote and change the channel. Sounds good, right. As Lee Corso of ESPN fame says on Saturday Game-Day, “Not so fast.” As we move forward, it is quite possible we are eliminating one of the more fascinating aspects of the sport. The fit athlete is somewhat compromised because the games and sets will move along too quickly, so this new scoring system might favor the quick starter who may or may not be in superb physical condition.

Due to the new, brief doubles format, one has to wonder if the right team is “winning” the deciding point? It was reported that the college “heads” debated whether to keep doubles or eliminate them entirely. Really? Oddly enough, I am one to support many of the changes in the game of tennis: new equipment, new coaching techniques and faster more athletic athletes. My concern for the collegiate tennis player is that the game will be so abbreviated that the better player may no longer dominate. Sure, most viewers love upsets, but we don’t want to reward the player who is not the complete player.

Stay tuned, and please let me know how you feel about these new ideas for college tennis.