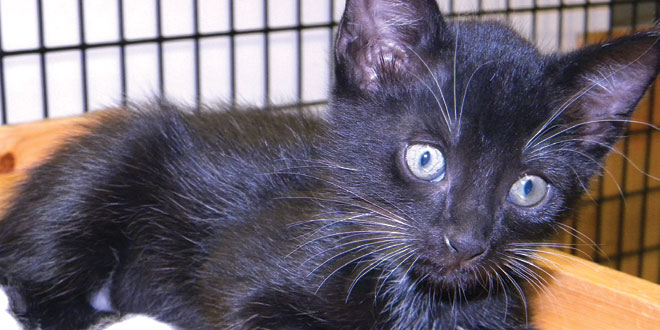 Yes, I have a one track mind – food. But any self-respecting feline is like minded and, deep down, a connoisseur of fine food, especially food snagged on the hoof. But I must warn you: DINER BEWARE! Many of these entertaining little critters are bad for us, as are some plants, rodents, large predators, Labor Day picnic foods, low water levels in the pool, and the trusty but dangerous barbecue grill. You know the saying; if it tastes good it has to be bad for you.

One of my staff of 80 volunteers recently shared with me how hysterical she became when she thought her 18 year old cat had had a stroke. “Jeeves” kept losing his balance and started hugging walls so as to keep from capsizing. At first, his mommy thought he’d snuck into the wine cellar or the beer cooler and was simply suffering the after-effects of feline inebriation. Lucky for Jeeves, however, instead of being whisked off to rehab, his mom rushed him to the vet who administered a steroid injection, putting him back on his feet and restoring his motor skills. So what happened to our man Jeeves?

Apparently this usually wise tuxedo cat made a bad food choice (probably a frog). And like Jeeves, most of us girls and boys are gifted stalkers and capturers of most anything that moves and has a heart beat. Such prizes of geckoes, frogs and other reptiles might be delicious – or just plain fun to torture – but many are toxic and can cause all kinds of health problems.

Take my pal “Amanda.” She was born in the wild, then humanely trapped as a feral kitten, spayed, and deemed ready to rejoin her tribe in the great outback of Hideaway Beach. But my well-trained volunteers noticed that her head had a pronounced leftward tilt, and that she ran sideways like a crab. In all probability Amanda had eaten a Southern Five Lined Skink (try saying that three times fast), more familiarly known as the “black skink.” This ugly, snake like junk food is coated with a neurotoxin that causes damage to nerves, coordination, and eyesight. Our founders here at For the Love of Cats, Jan and Jim

A four-week old litter of kittens will be ready for adoption soon through FLC. PHOTOS BY JIM AND JAN RICH

Rich, also took into their home a black skink victim: Zoleyma who had identical issues as Amanda. Both are currently enjoying less tipsy lives of domestic bliss in their furr-ever homes.

Now that we are deep into the topic of dangerous creatures, lets not forget the coyotes who have been sighted around the island. These predators, who particularly enjoy haunting golf courses, have been spotted prancing over the bridge to Marco and are especially cunning at grabbing cats. “Coyotes’ favorite meal is cat meat and they can stalk a cat for days to kill it,” says Jan who also observed that, “We [Marco Island] have been invaded by coyotes, but just because you can’t see them doesn’t mean they’re not there.” We had a volunteer awhile back who lost her beautiful, long haired kitty to a wily coyote. We also have a few bobcats and a lynx or two on the island, as well as quite a few raccoons. I know for a fact that some of these larger predators hang around lanais at night (just ask Hodges). These deceivingly adorable looking scavengers are much bigger than most house cats. It wouldn’t take much for any one of these patient predators to break through the lanai screening and grab one of us. I actually heard of a cat person who watched a bobcat walk away from the lanai with his cat in its mouth.

More dangers are to be found in the plant kingdom. Yes, I know: I’m starting to sound like a real killjoy. But we must address the problem because we love to chew on those nice green leaves and dig in the dirt. Most of you know about the lethality of the Easter Lilly as well as the snake plant and amaryllis (a complete list can be found at, www.Petmd.com/plant-poison). Several thorny plants are also problematic, such as roses and bougainvillea. Jan tells me that these can cause nasty skin infections. Other lanai dangers include drinking out of overflow plant saucers (may contain pesticides) and digging in the dirt (may be laced with fertilizers that can then be licked off our paws while grooming). And though mice may be the perfect meal for us obligate carnivores, they cause tapeworms.

To prevent us precious kitties from digging in plant

soil, your family should pick up some “egg rock” at their local garden center and use it to shield the dirt from our digging paws. You surely don’t want us getting a nasty case of diarrhea.

Mosquitoes can lead to heart worm; some frogs cause foaming at the mouth; and fleas can enter your domain via that new bag of potting soil your uncle just brought over. Thankfully, those increasingly popular cat grasses sold in pet stores are perfect for us. Even I can grow this stuff and I don’t have any thumbs, green or otherwise. These grasses are not only an acceptable and yummy treat, but they also help with hair balls.

While the foregoing makes us sound like trouble makers, it must be said that we felines can occasionally end up doing some good and heroic deeds. I heard tell of a shelter kitty who saved its forever humans from imminent peril. While her parents were away at work, “Merlot” hunted down and killed a pygmy rattlesnake that had climbed up to their second floor condo. The snake’s corpse was under an upholstered chair so Merlot, who had been bitten during the tussle had to get her folks’ attention and lead them to the then-dead snake. Merlot and the corpse were whisked off to the vet where brave kitty was given antivenin and is thriving.

Now for some troubling shelter news. Someone found a three-month-old kitten on the Goodland Bridge who had probably been tossed out a car window and was in pretty bad shape with a broken leg and a concussion. The nerve, right? This sweet little tabby boy, newly named “Magic,” just underwent leg-mending surgery in Tampa. Since he doesn’t have health insurance yet, we sure could use some help paying his $1,500 in medical expenses. And he will of course need a great forever home. Oops! I almost forgot to tell you about our ultra-cool new website www.fortheloveofcatsfl.com. Have a safe Labor Day weekend and remember, dogs have owners and cats have staff.

Naomi is a 4 year old Tortie and a permanent resident at FLC. She is the shelter supervisor and takes her salary in food. She would love for you to learn more about For the Love of Cats at its website, www.floridacatrescue.com