Dementia with Lewy Bodies or is it Parkinson’s? 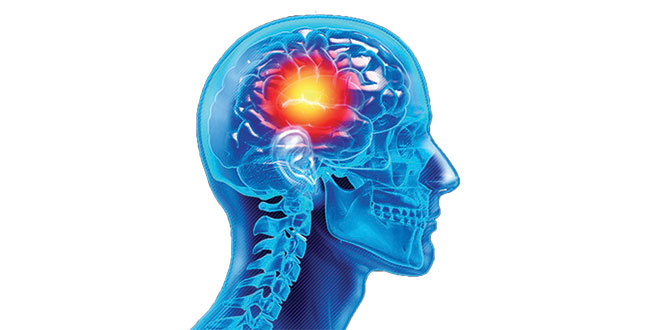 Tips for caregivers of DLB patients from the Mayo Clinic include speaking clearly, simply, and slowly, giving one direction at a time not rushing the result,and using gestures and cues such as pointing to objects.

If you’ve not heard of a Dementia with Lewy Bodies, or DLB, you’re in good company. In my experience many have never heard of it, or if they have, know little about it. First of all, it has a funny name and second, its symptoms are varied, not always well defined, and can come and go. But we need to learn about DLB as it is often considered the third most common cause of dementia after Alzheimer’s and vascular dementia.

Symptoms of DLB include difficulty sleeping, loss of smell, and visual hallucinations that often precede movement and other problems by as long as ten years. Neurons in the mid-brain, the substantia nigra, that produce dopamine become impaired and the cortex, the brain’s outer layer, deteriorates. Later symptoms may include memory loss, poor judgment, and confusion similar to Alzheimer’s disease.

Because of overlapping symptoms, DLB often goes unrecognized or misdiagnosed as a psychiatric disorder. Although drugs may help some symptoms, if the wrong medications such as those for Alzheimer’s are given it can worsen motor function and exacerbate hallucinations. (See www.nia.nih.gov/alzheimers/publication/dementias/types-dementia.)

Many people with early DLB also experience movement symptoms such as a shuffling walk, or trouble initiating movement, rigid muscles, and a hunched posture that characterize Parkinson’s disease. It’s not surprising then that Lewy bodies are found in Parkinson’s too. They can also be found in Alzheimer’s disease with its characteristic memory loss and difficulty in rational reasoning and thinking. Sound confusing? It is, because of the overlap of symptoms.

The chief component of Lewy bodies is a protein, alpha-synuclein, which is found widely throughout the brain. Frederick Lewy, a

neuropathologist, in 1915 used special stains to look at brain tissue cut like a loaf of bread. He found dark lines of pigment, neuromelanin, in the mid- brain and saw cells deteriorating. With the same process in the brain of a Parkinson’s patient, those cells were often gone, according to Dr. Fred Marshall, Chief of the Geriatric Neurology Division at the University of Rochester, who gave a two-session class on brain diseases recently at Chautauqua Institution, New York. He said that DLB and Parkinson’s are two of the many diseases under the Parkinsonism syndrome.

James Parkinson, M.D, wrote about the condition of Parkinson’s calling it a type of paralysis but surprisingly never examined patients with it, according to Dr. Marshall. The Parkinson name was later attached to the disease by a later researcher, Charcot, who treated patient’s tremors with belladonna from his garden.

Caregivers I’ve known have reported loved ones with DLB who have called the police thinking the spouse is an intruder or that there are people outside trying to get in. This can be followed by days when the spouse is quite lucid, only for the delusions or hallucinations to return. These symptoms can be quite distressing for caregivers.

Tips for caregivers of DLB patients from the Mayo Clinic include speaking clearly, simply, and slowly, giving one direction at a time not rushing the result, and using gestures and cues such as pointing to objects. Mind stimulation exercises and a calm nighttime ritual are also suggested.

Encouraging exercise can help with many symptoms and may slow cognitive decline. Check out the boxing classes 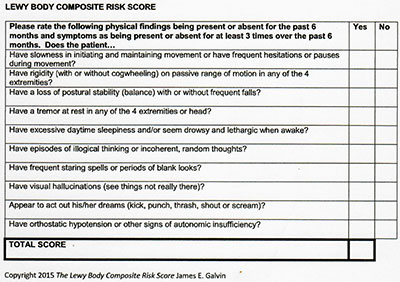 currently held at the Marco Island YMCA for those with Parkinson- type disabilities taught by Gustavo Sita. The class meets Tuesday and Thursday at 11:30 AM and Saturday at 10:30 AM. For more information, call the YMCA at 239-394-9622.

My husband’s brain at autopsy showed not only the plaques and tangles of Alzheimer’s disease but also signs of Lewy body’s although the latter had never been diagnosed. The definitive diagnosis was made after his death when his brain was autopsied. It made me wonder at how well he compensated given the deterioration of his brain.

Just writing this has reminded me to finish the forms for donating my brain for autopsy after my death. I’ll be passing on the information about how to do this soon. If it can help contribute to research which may save my children and grandchildren and yours the devastation of brain disease, I’m all for it.