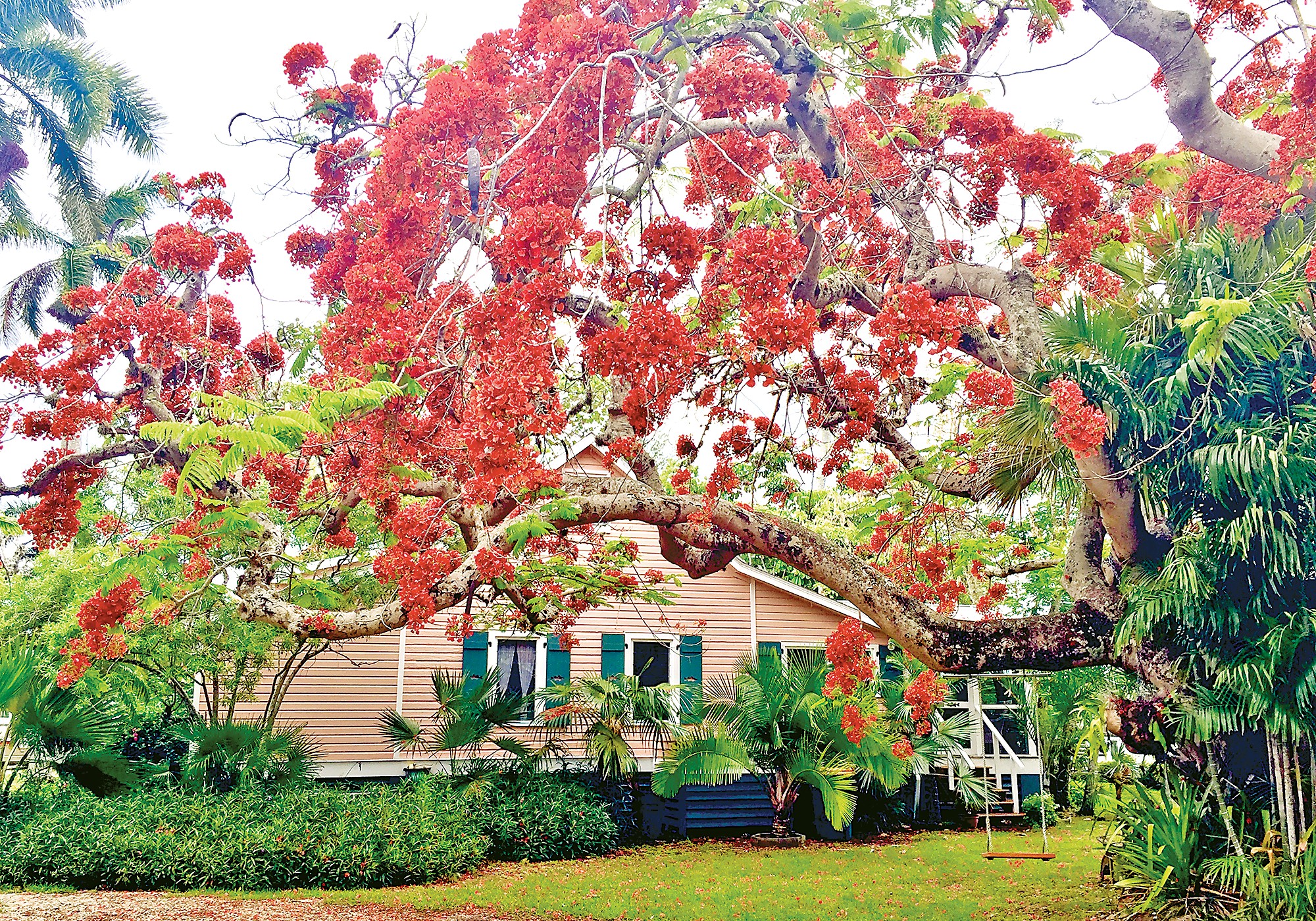 The large, vibrant, red blossoms of a royal poinciana tree on Storter Avenue in Everglades City; Also known as a flamboyant, the tree flowers in May to June, marking the start of summer in South Florida. See more photos of these vibrant trees on page A/38. Photo by Scott H. Shook

By definition, dementia is a general term for a decline of mental ability that is severe enough to interfere with one’s daily life. Dementia is not one specific disease, but an overall term that encompasses several different forms of the condition, including Alzheimer’s disease, vascular dementia, dementia with Lewy bodies, and other types. The disease can exhibit itself in the way of memory loss, confusion, withdrawal from social activities, changes in personality and even hallucinations. Dementia literally robs an individual of the unique qualities that make them who they are. The Alzheimer’s Association predicts that one in nine people over the age of 65 will develop some type of dementia in their lifetime.

The reality of this devastating statistic has personally broken the hearts of many. I lost both of my parents to the disease. My mom succumbed to the tragedy of vascular dementia in 2013. My dad was robbed of his cognitive and eventually physical abilities, leading to his death from the complications of Alzheimer’s disease in 2014. On the death certificate, his cause of death was listed simply as a “Failure to thrive.” John and Judy Kenney of Marco Island lost a very dear friend to dementia. Shirley Woolaway, the group facilitator of the Alzheimer’s Association support group that meets here on Marco Island, lost both her mother and her husband to the ravages of this horrible disease.

Brian Bremer of Marco Island has watched his wife battle the effects of dementia. Bremer’s wife has been helped through her attendance and participation in the Jewish Family and Community

Services (JFCS) Dementia Respite Support Program in Naples. JFCS of Southwest Florida is a non-sectarian human services agency serving Collier and southern Lee counties by empowering individuals and their families to face life’s challenges. Dr. Jaclynn Faffer, JFCS of SWFL president/CEO, says “Dementia is overwhelming, not only for those who have it, but also for their care- givers and family members.” The Dementia Respite Support Program serves those with early to mid-stage dementia in a safe, happy environment, while also providing support for their caregivers and family members. The respite program has been described as being a place where people are having a good time, similar to attending a sporting event where the home team won. The program gives its participants a reason to thrive in the face of dementia. Brian Bremer said “When my wife attended the group for the first time, it was such a happy experience for her. I realized right then and there that Marco Island was in need of such a program.”

Led by the Steering 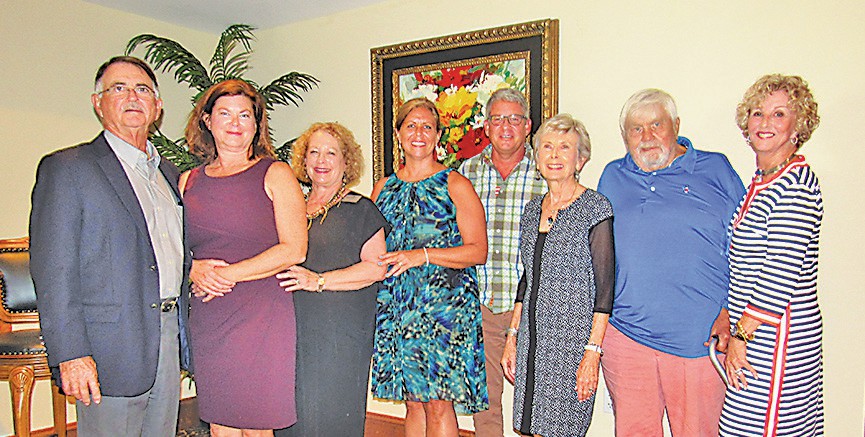 Committee of Brian Bremer and his daughter Brianne Bremer-Kennish, John and Judy Kenney, Penny Weidner and Shirley Woolaway, the JFCS Dementia Respite Support Program will be coming to Marco Island in October. The program will be housed at St. Mark’s Episcopal Church and will be open to all those in our community who qualify. The committee is especially grateful to church rector, Father Kyle Bennett, who has been so supportive of this cause.

The JFCS program is not a babysitting service for dementia patients. It is a program that is led by a professionally trained staff, offering four hours of engagement, socialization and wellness for those with dementia. The hours of 10:30 AM to 2:30 PM are chosen for this structured program, as those times generally work best for those with early to mid-stage dementia in terms of their alertness and desire for participation. Activities include Dakim Brain Fitness, a clinically proven approach to comprehensive cognitive training; music therapy, art therapy, chair yoga, horticulture therapy and relaxation therapy. The program is affiliated with the Brookdale Foundation, a nationally renowned respite program.

There is an interview process for acceptance into the respite program. To qualify, the individual must have received a medical diagnosis of dementia. The individuals must be able to feed themselves and use bathroom facilities on their own. The evaluation process, conducted by a medical professional, must determine that the individual can benefit from the program. The fee is $35 per session. Scholarships are available for those who are financially unable to afford the fee.

Dr. Jaclynn Faffer is very excited and optimistic to see the launch of the JFCS Respite Support Program on Marco Island. She says, “Our greatest reward is to see the difference that participation in the JFCS Dementia Respite Program can make for both the individuals experiencing memory loss and for those who love them so dearly.” Plans include a monthly support group for the caregivers and family members.

Brian Bremer and the steering committee are asking for your help. It will take approximately $100,000 a year to finance the respite program. He urges the community to heed this mission, saying “Please be messengers and advocates of the program. Please be generous with funding. In October, we will also need volunteers.” All volunteers will be specifically trained to help with this professionally structured respite program.

To learn more about JFCS of SWFL and the Dementia Respite Support Program, including donation and volunteer opportunities, please visit www.jfcsswfl.org, email reisenberg@jfcsswfl.org, jfaffer@jfcsswfl.org or call 239-325-4444. Donations may be designated specifically for the Marco Island Respite Program with a pledge form.