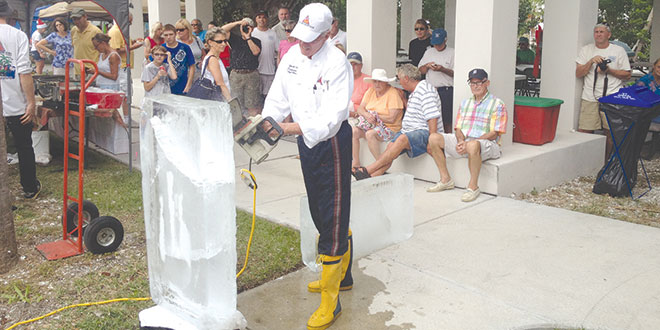 It’s hard to believe that another holiday season is just around the corner. It’s almost time for big family gatherings, elaborate meals, decorations and presents; and while I didn’t have the pleasure of being in Florida this time last year, I’m very excited knowing where I will do all of my 2014 Christmas shopping: the Goodland Civic Association (GCA) Annual Holiday Bazaar.

Marking its second season at Margood Harbor Park, the annual event will be held on November 15-16, 10 AM-4 PM. Last year, nearly 70 vendors — many from Goodland and Marco — were set up around the park offering everything from produce and jewelry to works of art in many different shapes, sizes and mediums; and this year is shaping up to be just as big.

“We saw so many lovely things, and really beautiful artwork. It was just a nice combination, and we have many of the same vendors coming back this year, along with some new ones,” said Noreen Seegars, GCA co-chair, “So many people come to these shows to find something local, and I just love that our Goodland artists, crafters and musicians are participating.” 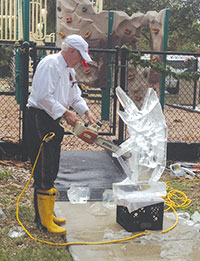 hour-and-a-half sets, and seating will be available for those who want to sit, relax and listen.

There will be a 50/50 raffle, as well as a “Wet, Wild and Wonderful” raffle, which includes a two-night stay at the Hilton Marco Island Beach Resort and Spa. Tickets can be obtained by contacting the GCA, and will also be available at Stan’s on Sunday, Nov. 9; at the Marco Island Farmer’s Market on Wednesday, Nov. 12; and during the GCA Holiday Bazaar. Entries will be gathered all weekend, and the winners need not be present.

The GCA’s Holiday Bazaar, formerly named the Christmas Bazaar, has been a holiday staple for upwards of 20 seasons here in Goodland, and was only renamed last year to go along with its new location on the calendar — now held prior to Thanksgiving rather than after and ideally before everyone heads north in hopes of a white Christmas.

“We didn’t change it to be politically correct. We’re trying to make it profitable for everyone. Vendors and artists are coming from all over, from northern Florida and also from out-of-state. We feel obliged to make it as good for them as we can,” said Connie Fullmer, GCA co-chair.

In its early years, the occasion took place in the gravel lot across from Stan’s, but was moved in 2010 to the Goodland Boat Park, after unwanted development plans for that site were challenged and subsequently shut down. Following 10 years of struggle, politics 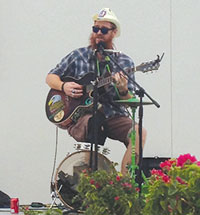 and division within the community, the GCA didn’t want that first opportunity of celebration to get away from them, said Seegars and Fullmer.

“Most of the participants were our wonderful people from Goodland. We had about 18-20 vendors, hot dogs and hamburgers, and it was a celebration that we didn’t have four-story condos there. Instead, we had a boat park that protected the use of the land in Goodland. It was a great success and a really good feeling,” said Seegars.

But, they said getting visitors to drive past Stan’s and down to the boat park, proved to be a challenge. The ladies, dedicating many of their summers to this event’s continued success, said they went to great lengths in an effort to draw people into that tucked-away corner of the island.

In 2012, the Goodland Preservation Coalition petitioned to use the newly remodeled Margood Park, and they received the go-ahead, as well as funding from the Florida Preservation Trust, to move the affair the following year.

“We are so glad that we have the park to do our show in. The ambiance is just so much more conducive to the flow of an art show,” said Fullmer.