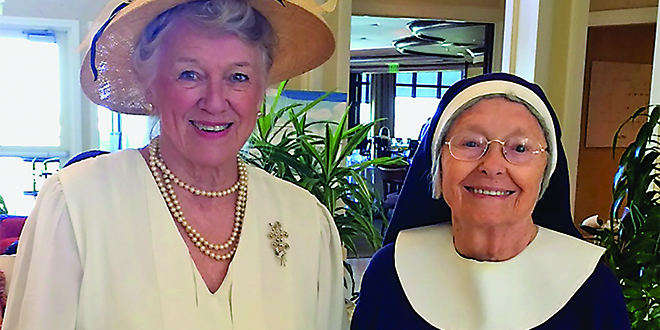 The Marco Island Daughters of the American Revolution (DAR) joins Americans across the country in celebrating the 2016 100th anniversary of the establishment of our national parks.

The Everglades is unique in the world. And it is the largest subtropical wetland ecosystem in North America, a World Heritage Site and an International Biosphere Reserve.

While it often is described as a swamp or forested wetland, the Everglades is actually a very slow-moving river, the “river of grass” as described by its greatest proponent and protector, the late Marjory Stoneman Douglass.

Everglades National Park protects the southern 20 percent of the original Everglades. About a million people visit the park every year.

The Deaconess was asked to give the invocation because of her tireless work with the Seminole Indians at her mission in Everglades City. The state of Florida officially named her a Great Floridian.

The DAR’s special guest was Naples resident Janet Stone with her Henry Hero Bear. “I started Henry Hero Bear about five years ago,” she explained, “because I saw a need to help military children stay connected to deployed parents. The two children of a girlfriend of mine missed their father while he was deployed to Iraq.

“So, I hand-made a couple of bears dressed in camouflage uniforms and imprinted the dad’s face over the bears’ faces. This made it possible for the children to kiss their Dad good night each night 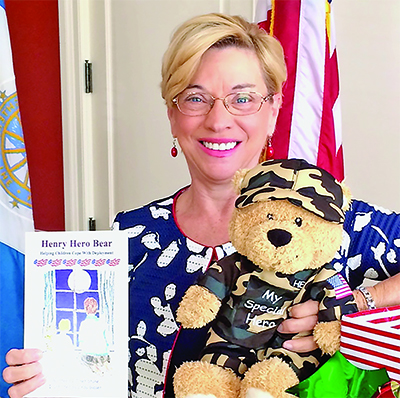 Janet Stone is both the creator of Henry Hero Bear and the author of the accompanying storybook, illustrated by Linda Glaser.

despite the physical distance.”

When Janet saw how comforted the children were to have a connection with their absent father, she decided to create Henry Hero Bear so other children could feel close to their deployed parents.

Janet said she knows something about that. Her father, Navy CPO John Winter was deployed often during her childhood. Many years later, Janet again found herself separated from her Navy husband, LCDR Neal Stone, when he served aboard the USS Ranger.

Today, Janet is a registered nurse. She and her husband live in Naples. She says she is proud and comforted that many children of our veterans “snuggle into bed each night with a picture of their parent tucked inside Henry’s secret pocket.”

Janet was encouraged by the gratitude of both military parents and their children that she started a parallel effort, “Project Henry.”

“It allows individuals, businesses or organizations to donate Henry Hero Bears and his story books via the USO (United Service Organizations) at Ft. Bragg NC.”

For $20, the bear and book are packaged with a tag identifying the donor and then sent to Ft. Bragg.

“So far, I have sent 850 bears to the USO there. The Marco DAR donated 25 bear packages and more donations are coming in every day.”

You may send a check for $20 (made out to Henry Hero Bear, LLC) directly to Janet Stone, PO Box 11058, Naples Florida 34101. To learn more about Hero Bear and the accompanying storybook visit www.henryherobear.com or email Janet@henryheobear.com, 239-273-3147

The Marco Island Chapter of the DAR was established in 1976. Monthly luncheon meetings are at 10:30 AM on the third Thursday of each month. Potential members and visitors from other chapters are welcome.