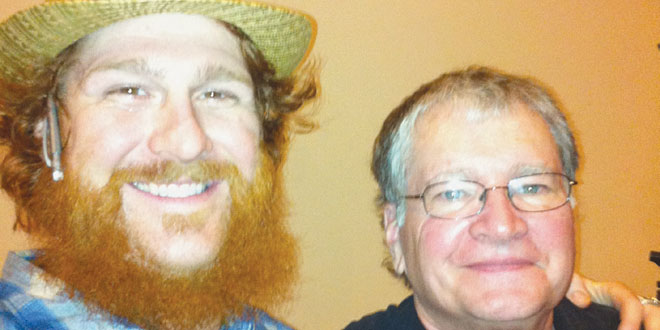 Nobody quite knows when blues music began, but what we do know is, without the blues, there would be no rock n’ roll, and man, the world would be a boring place without bloody rock n’ roll!

This past week, I had the pleasure of attending the “History of Delta Blues” seminar by local blues musician, Danny Jo. It was both interesting and entertaining. As he told about early blues artists, he would play the songs that they were known for. All who attended seemed to enjoy the lighthearted nature and cadence of the “101” of Delta Blues.

He explained how blues had come from Africa to the cotton fields and plantations of the Mississippi River Delta in the late 1800’s. Modern blues can be traced back to two plantations, the Stovall plantation and the Dockery plantation. Folks like Robert Johnson, Bessie Smith, Robert Lockwood Jr., Jimmy Rodgers, Bukka White, Leadbelly, The Mississippi Sheiks, Son House, Sonny Boy Williamson II, Big Joe Williams and Charley Patton were among the first blues artist from the south to be recorded.

Some of the oldest recordings were made by John Lomax and his son, Alan, who went from town to town across the back country of rural southern America, capturing “ordinary” folks by playing their songs. Hence the name “folk music,” as blues was called early on. Eventually, a lot of the Delta Blues players went north, to big cities like Chicago, where guys like Howlin’ Wolf, Muddy Waters, Little Walter and Willy Dixon would take delta blues to new and electrifying levels with the help of the electric guitar. Memphis also became a hotbed of blues action back in the 30’s and 40’s, with the famous Beale Street. By the time blues began to be a profitable venture, every record company in America was recording and releasing the style of music.

Danny Jo was sure to point out the roll women played in the early days of blues. He told about Bessie Smith, and how she could be compared to Madonna or Lady Gaga today. The thing a 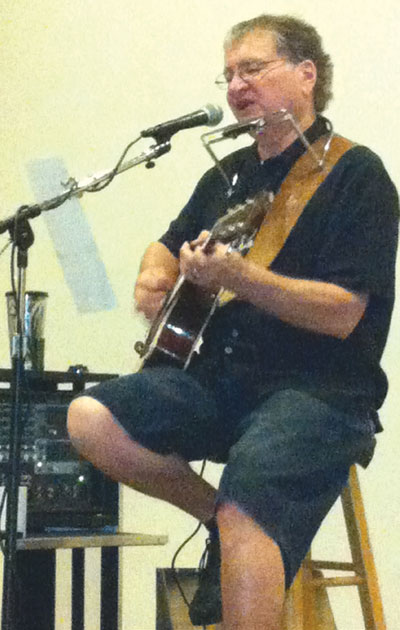 lot of folks don’t realize is how many records she sold, and how much money she actually made… LOTS!

Blues music made a heavy resurgence, when it began “crossing over” in the 60’s. White artists from America and England began taking the blues that they had heard, and putting their own spin on it. Bands like Rolling Stones, The Yardbirds, Cream, and John Mayall with the Bluesbreakers are just a few of the bands that took the blues, and made rock n’ roll.

After the presentation, I got a chance to chat with Danny Jo, who is a super nice dude, and very informed on the subject. We got to talking, and I mentioned that I had a gig on Marco the following weekend and he agreed to come out and play piano along with me. He did, and it turned out to be a great time. We played some blues, we played some country and we played some rock n’ roll! Thanks to Danny Jo for learnin’ me about one of my favorite styles of music, and for jammin’! If you would like to contact DannyJo, either to ask him about the blues, or to ask him to play the blues, he can be reached at DannyJo65@yahoo.com

Just to clear something up: As I said, the blues did inspire rock n’ roll, as well as countless other genres, but, that being said, THE BLUES LIVES ON AS THE BLUES! Folks still not only play blues music, but new and awesome blues music is still being created. People like Watermelon Slim, Husky Burnette (playing at South Street City Oven March 20th-DONT MISS!), Scott H. Biram, Anders Osbourne, and Little Eddie & The Fat Fingers are still out there, livin’, lovin’ and playin’ the blues everyday!

Obviously this article doesn’t even scratch the surface of the blues. So, if you are interested in learning more about the blues, do your research, or for an easier way to get the scoop, watch the movie “Martin Scorsese presents:The Blues, A Musical Journey”. Until next tweek, keep on rockin’ in the free world!