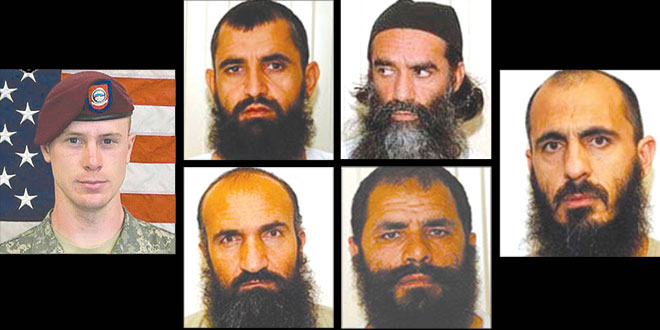 On June 6, 1944, more than 160,000 Allied troops landed along a 50-mile stretch of heavily-fortified French coastline to fight Nazi Germany on the beaches of Normandy, France. My father-in-law was amongst these men who accepted his duty to his country without hesitation, without question and with deep commitment to the United States of America, his country. Gen. Dwight D. Eisenhower called the operation a crusade in which, “We will accept nothing less than full victory.”

More than 5,000 ships and 13,000 aircraft supported the D-Day invasion, and by day’s end, the Allies gained a foot-hold in Continental Europe. More than 9,000 Allied soldiers were killed or wounded that day, but their sacrifice allowed more than 100,000 soldiers to begin the slow, hard march across Europe to defeat Adolf Hitler and his Nazi Germany.

On the 70th anniversary of this heroic event which changed the history of the world, the United Sates government in a totally disgusting decision negotiated with known terrorists and traded five top Taliban Jihadists from Gitmo in order to win the freedom of a U.S. Army deserter in time of war. These five will without a doubt in my mind return to the battlefield in no time to kill and maim Americans in and out of uniform.

I am totally disgusted, angry and beyond any consolation. I am unable to find the right words to describe my feelings, let alone contribute an article to the Coastal Breeze. Instead, I am going to share the following facts with our readers:

Articles of the Unified Code of Military Justice:

(a) Any member of the armed forces who—

(1) without authority goes or remains absent from his unit, organization, or place of duty with intent to remain away therefrom permanently;

(2) quits his unit, organization, or place of duty with intent to avoid hazardous duty or to shirk important service; or

(b) Any commissioned officer of the armed forces who, after tender of his resignation and before notice of its acceptance, quits his post or proper duties without leave and with intent to remain away therefrom permanently is guilty of desertion.

Bowe Bergdahl is a deserter and a traitor:

“The US army is the biggest joke the world has to laugh at,” wrote Sergeant Bergdahl in an email in 2009 as published by “Rolling Stone” magazine. “It is the army of liars, backstabbers, fools, and bullies. The few good sergeants are getting out as soon as they can, and they are telling us privates to do the same.”

In the messages, quoted by “Rolling Stone” magazine, he tells his parents: “The future is too good to waste on lies.” He further wrote, “And life is way too short to care for the damnation of others as well as to spend it helping fools with their ideas that are wrong.”

Three days before he went missing, he told his parents: “These people need help, yet what they get is the most conceited country in the world telling them that they are nothing and that they are stupid.”

Bergdahl, who mailed home boxes containing his uniform and books, later added: “I am ashamed to be an American(*). And the title of U.S. soldier is just the lie of fools,” (*The word American was spelled with small letter “a” instead of a capital letter.)

What was given up:

To get this America-hating deserter back for reasons we are yet to find out, we sent back the following war criminals and murderers to Qatar:

• Mohammed Nabi: A regional Chief of Security for the Taliban and eventual radio operator

• Mohammed Fazi: Believed to have overseen the mass extermination of Shiite Muslims during the 2000 – 2001 war that saw the Taliban rise to power in Afghanistan.

The readers will make up their minds as to why this happened.

70 years ago, we were dealing with heroes at every level of our society.

70 years after D-Day, we are dealing with cowards, deserters and traitors at every level of our society.

God Bless America. We shall overcome this too.