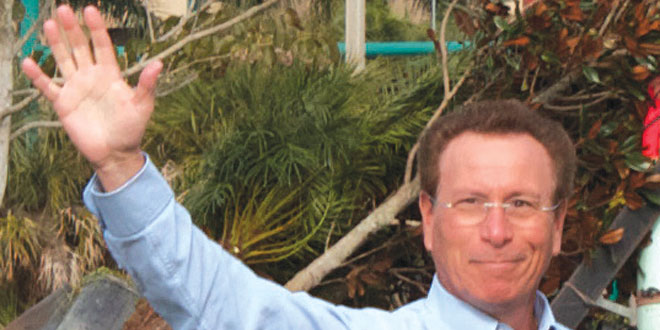 At the outset of the meeting on Monday night the Marco Island City Council accepted the resignation of City Manager Roger Hernstadt.  Hernstadt has served the Marco community for 3 years, and has been a highly visible member of the community in addition to his wife Jessica who volunteered for numerous charitable organizations.

Hernstadt came to the community after many years in municipal service in the Miami-Dade area and as the City Manager in Marathon, Florida.  He was the first city manager hired with Florida experience and undertook several controversial challenges facing the community and previous councils.

The meeting would open with the City Attorney reading a communication from the manager offering his resignation effective July 7. Councilor Batte moved to continue his contract for one year and only he and Councilor Brown supported that motion.

Members of the public would come forward and caution councilors that they would be making a serious mistake by acting to accept the resignation.

Councilors would debate whether to accept the manager’s resignation effective immediately or accept Hernstadt’s offer to stay on to July 7th.  Council would recess for 15 minutes to allow the Chair to phone the manager, as two members of the board had conflicting recollections of their conversations with the manager earlier in the day and his desire to stay until July 7th.

Honig reported back that the manager communicated to him that he would respect the will of the council and step aside immediately and concentrate on his family’s transition.  Gil Polanco, the City Budget Director was appointed the interim city manager by a 7-0 vote.  Polanco had previously served in that capacity prior to Hernstadt’s hiring when Jim Riviere vacated the City Manager’s position.

Council will meet on Wednesday, February 8 beginning at 5pm in council chambers.  Councilor Batte and Brown will not be available.  Councilors will discuss how to proceed at that time to fill the vacancy.