Costante: 5A Coach of the Year 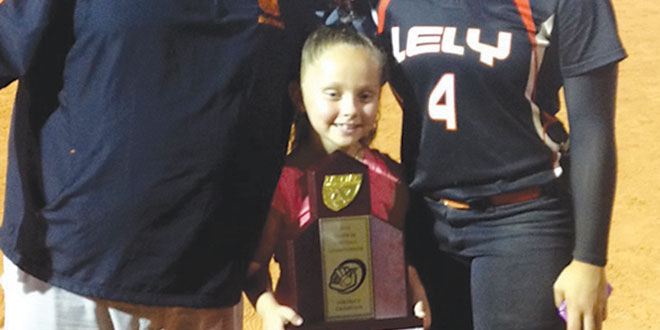 The Lely softball team had a breakout year, winning the Class 3A- District 12 Championship and topping the Collier County Athletic Conference.

Behind new coach Rich Costante, the Lady Trojans won 18 games. They lost 9 games, but that was partly because Costante chose to play strong non-district competition.

“We played 5A state champ American Heritage, 7A Fort Myers and 8A Coral Reef, highly-rated teams that pushed them to play better.”

For his success, Costante was named 5A Coach of the Year by the Florida Athletic Coaches Association for Southwest Florida.

“It was a tough loss, but we have eight starters back for a nucleus that can build its legacy as one of the top Lely teams,” Coach Costante said.

Senior Navia Penrod, who will play softball at the University of North Florida, completed an 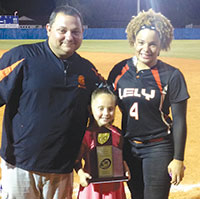 A major loss, but Costante has the Palacios sisters waiting in the wings.

With a full season, Alicia Palacios is only 13 hits from surpassing Penrod’s most hits mark, 9 behind in most doubles, 2 back in triples, 17 RBIs back and 15 back for most at bats. She also pitched, winning 4 games.

Then there is Vanessa Palacios, a junior, who is third in career hits, third in most doubles, second in triples and second in career batting average. Sophomore Sivan Palacios was a key in playing varied positions to help the team. She also played a key role on the offensive side.

“In my game plan, unlike other teams, I put solid hitters in the eighth and ninth place in the batting order to set up 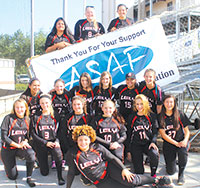 our top three batters,” Costante said. “Sivan embraced the ninth spot and did a great job.”

A major factor in looking ahead is junior Becca Gates. She already has the team career record for most wins with 30, innings pitched, 255 and most shutouts, 6.

“Becca is a control pitcher, with a lot of movement on her ball,” Costante said. April Alvarado, Alicia and Sivan also will add to the pitching strength next season.

In looking to add to the enthusiasm to Lely softball, Costante will have a summer camp for 7th through 12th graders. The camp will be two nights a week on Tuesday and Thursday, beginning on June 9th and running through July 30. It will be two hours each night at the Lely softball field. For more information contact Costante at 239-821-0319.

Costante promotes the Gulf Coast Little League. His daughter Madison, 6, is in the program.

“If we can get kids invested in softball at an early age they can come ready to play at a higher level,” he said.

Costante knows next season will be tougher.

“Winning puts a target on our backs,” Costante said. “We aren’t the same team we were in January. This team is together, is more focused, they are ready to build their legacy.”