Connecting with the Past: Cultural Resources in Rookery Bay Reserve Provide Insights to Early Coastal Life 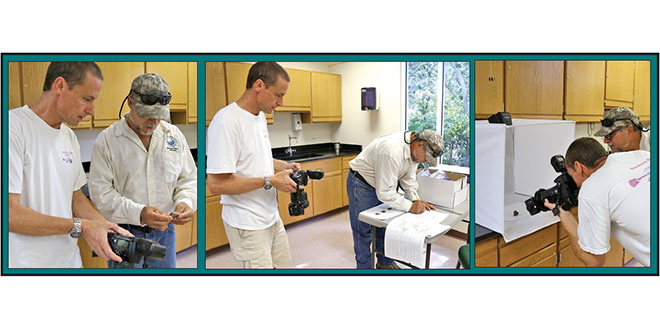 Each artifact is recorded and photographed. Photos by Renee Wilson

Thousands of years ago, indigenous people called the Calusa inhabited much of coastal Southwest Florida. The Calusa culture was a complex society that thrived on the bounty of the estuary as opposed to agriculture, which was the primary means of subsistence for many other early American people. Numerous Calusa settlements were developed along the Collier County coastline and were occupied from 400 to 2,500 years ago.

Changing their landscape on many fronts, the Calusa people left behind traces of their way of life on the shell mound complexes they built. The size and locations of the settlements, many of which are in the Ten Thousand Islands, indicate that large communal groups flourished on the abundance 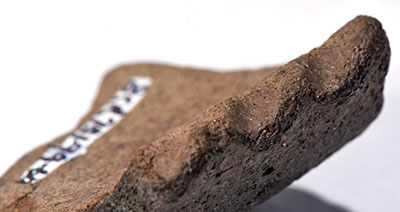 of coastal resources with fish and shellfish accounting for up to 70 percent of their diet.

The Calusas regarded mollusk shells, as well as other animal parts, as important resources because of the lack of workable stone and building materials in their environment. They utilized bones, spines and teeth as tools for sewing, piercing or spearing. And, their homes were built on large mounds of discarded shells, like modern building foundations, to provide protection from extreme high tides and storms.

Several Calusa mound complexes are protected within the Rookery Bay National Estuarine Research Reserve’s 110,000 acres. These cultural resources belong to the people of Florida, and their continued existence is instrumental 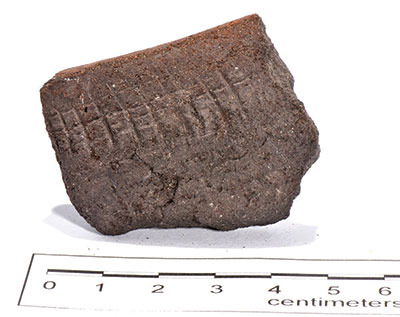 for future research and education.

Archaeologists studying the Calusa culture look closely at artifacts (items made or carved by humans) to learn about what life was like for prehistoric peoples. Within each mound complex are middens (smaller mounds) that served specific purposes. The “kitchen middens,” or refuse piles, tend to provide the greatest clues to the mysteries surrounding their lost culture. In addition to shell tools, pieces of broken pottery are, by far, the most commonly found remnants of the Calusa civilization. These artifacts have provided valuable insights into their social evolution.

In the Calusa culture, women made the pottery and finished the rim of each piece with their finger nail or other object in a distinct pattern representing 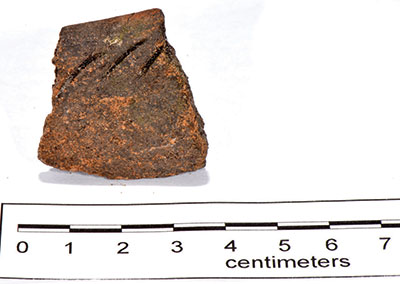 a sort of regional, tribal trademark. By studying pottery remnants found in different middens along the coast, archaeologists have determined that either the pots, or their makers, were traded between regions.

There is still much to learn about our Floridian predecessors. Rookery Bay Reserve’s cultural resource monitor, Steve Bertone, has been working with archaeologists to curate an inventory of prehistoric artifacts found during grant-funded surveys at some of the shell mounds in the reserve. Since 1978, the reserve has cataloged more than 200 artifacts in its inventory, which also includes shell tools, shell net weights, carved bones and remnants from pioneer settlers who squatted atop the abandoned mounds in the 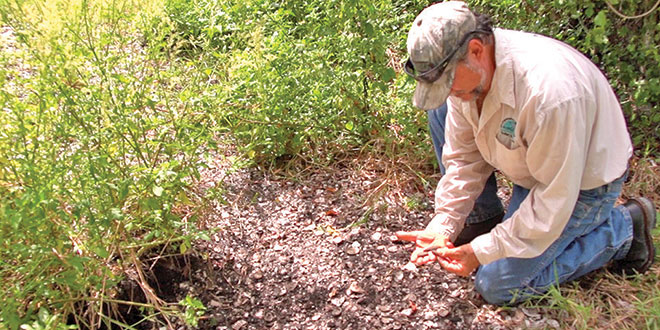 Each artifact in the inventory has been recorded in a database along with the GPS coordinates of the location where it was found and other details about the find. With help from Rookery Bay Reserve educator and photographer Dave Graff, each record in the database is now accompanied by a photo of the actual artifact. High resolution, close-up images enable close inspection of the artifact virtually, and the photos show clear details such as embedded fibers and fingernail marks.

This database serves as an incredible resource for archaeologists and other researchers who are studying at the reserve. Expanding our collective knowledge of the local history and land use is essential to guiding management efforts, educating the community and planning for trails or other recreational opportunities.