Congratulations to Jack, Deb and Kathleen 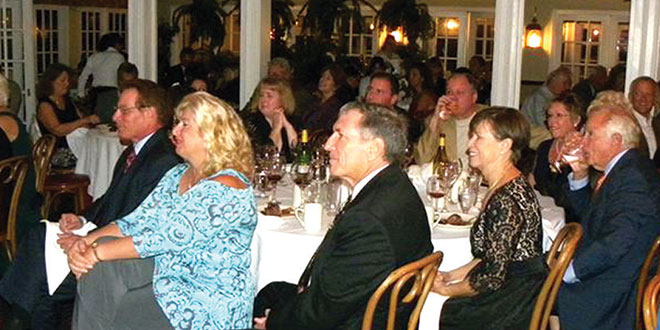 Dianna Dohm (in blue) was volunteer of the year for 2013.

It’s 9:00 on a Sunday evening and the SR 951/Collier Blvd. road is ALIVE with road construction activity at this time! There are huge trucks and machinery everywhere, lights blazing, and resurfacing taking place while the least amount of traffic is on the road. It’s impressive indeed. When we all get on that road in the morning, we’ll be amazed at how good it looks, and all while we were home taking it easy or sleeping. This evening they were resurfacing from Manatee Rd. south past Fiddler’s Creek. The road construction company has been outstanding as they move through this major road expansion and resurfacing. We all were fearful of the worst, but one year into construction, and it has moved along smoothly. As you are probably aware, there are three road projects in this area taking place simultaneously, two of which are major projects! 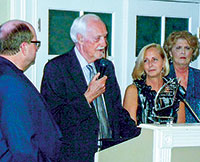 Commission for the first time in many years. No one really knew what to expect, but the meeting turned out to be very cordial and moved in a positive direction. The subject that was suggested to be the most difficult (the rebuilding of the road to Goodland – CR92A) was handled harmoniously between the two governments, with an agreement to form a small committee made up of members from each government and a position from the Conservancy and one from Goodland, to make recommendations on how to proceed to get the job done. Many subjects could have been disastrous, but instead we all worked together to solve the problems, not create new ones. I think everyone left the meeting with a feeling that a rapport was established for us to build upon. We also agreed that a couple meetings a year were in order.

*A new restaurant has opened, and it’s in the same location that the Country House 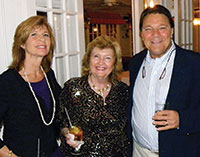 restaurant occupied in the old Prime Outlets off Manatee Rd. ( I don’t know if anyone recognizes the new name of that outlet mall) It is called “Henning’s Chicago Kitchen”. Tom and Gale Cannon ate there recently and said the pizza was exactly what they remembered from Chicago, and they loved it. “Henning’s” offered thick crust pizza, or thin crust pizza, and Chicago hot dogs. The Cannons said the food was great.

*The Marco Island Chamber of Commerce presented their Annual Christmas Gala at the Bistro Soleil thanks to Lisa and Chef Denis Meurgue and Staff. The gala was sponsored by the Marco Eagle & Naples News Media Group, Physicians Regional Medical System, and Rose Marina. A special presentation to Sunshine Tours & Charters was announced. After a delicious dinner, the Marco Chamber awarded the Lifetime Achievement Award to our own wonderful Jack Patterson! Jack had a stroke a month ago, but he was looking terrific with his daughters 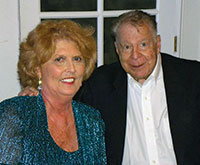 by his side to help a little with walking. We expect him to be back to normal and busy as ever very soon. We all agreed that his lovely wife was looking at him with pride from above and smiling. The Volunteer of the Year went to our little “busy as an Irish bee” Kathleen Reynolds, who never says no to anyone who needs her help! She is always helping someone at San Marco Church, or her Marco Island Kiwanis Club. The 2014 Citizen of the Year went to a very deserving Debra Shanahan! Debra has been giving of herself to others for as long as most of us can remember. We were all so happy for her! No matter what event you attend, you can find Debra there in one capacity or another, helping make the event successful.

*Merry Christmas and Happy Holidays to All ! ! ! Remember to love each other and spend time with your families. Nothing is more important!