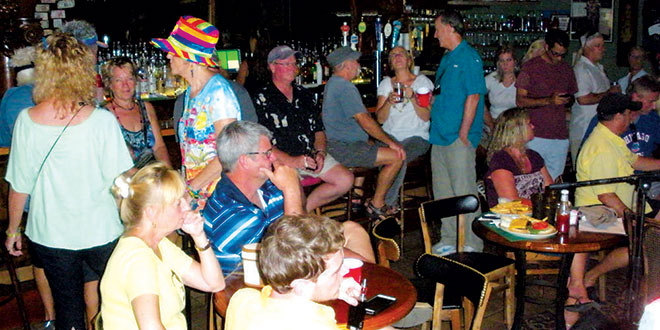 The bar area was jammed for much of the day at the Little Bar, with revelers and music lovers. PHOTOS BY DON MANLEY

The Goodland community and friends from near and far turned out in large numbers during the day-long Merrill Fest benefit held at Goodland’s Little Bar Restaurant.

Goodland musician Merrill Allen, who has entertained at the Little Bar since 1993, sustained second-degree burns over 60 percent of his body in a September 7 propane explosion on his boat, which was docked at the 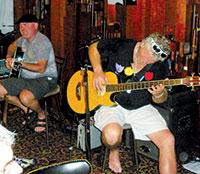 Allen returned home recently after being treated at Tampa General Hospital Regional Burn Center. But he still faces a long road in recovering from his injuries.

Merrill Fest was the brainchild of Little Bar owner Niki Bauer, who was assisted by other Goodland residents and businesses in organizing the fundraiser and selling tickets for the 50-50 and pop-up raffles. The 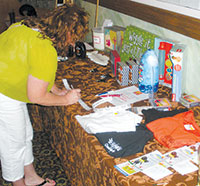 Some of the items included in the silent auction for Merrill Fest.

event also included a silent auction at Merrill Fest, which was held October 11.