Community Development Director on the Job 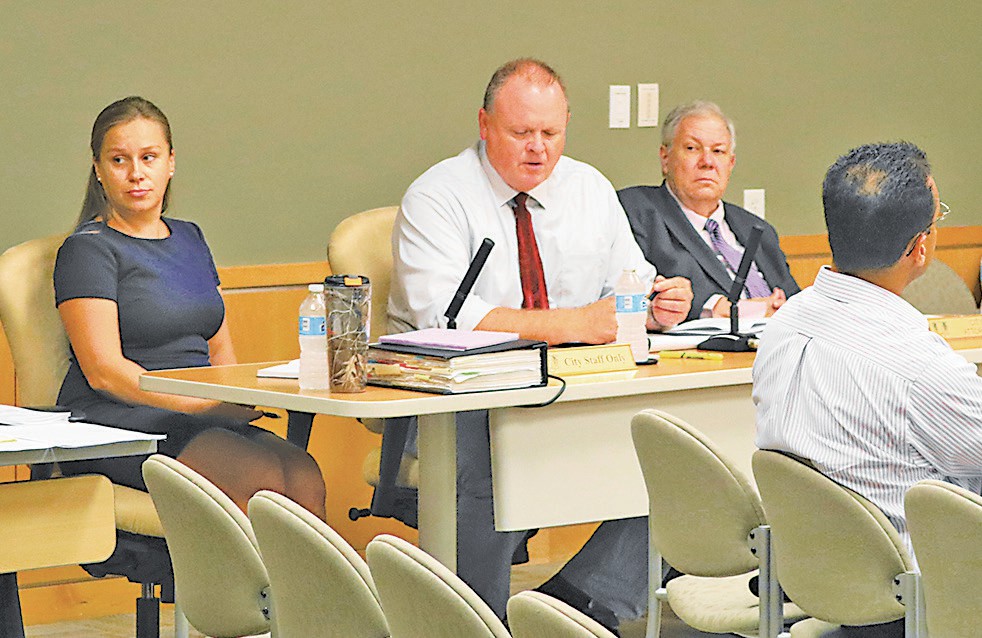 Since early 2014 the operations of both the Marco Island Planning Department and the Building Services Department have reported separately to the office of the city manager. That change came about after the departure of the former community development director just prior to the hiring of former city manager, Roger Hernstadt.

When Hernstadt assumed his role on February 1, 2014, he attempted to address issues in both those operations. Both departments have seen numerous changes in leadership. Since incorporation Greg Niles, Vince Cautero, Steve Olmsted, K. Van Langen, Bryan Milk, Joe Irvin and Tammy Scott have overseen the Planning Department alone.

There have been no less than seven individuals who have served either as interim or as the fulltime CEO of the community. Bill Moss, Tony Shoemaker, Dana Souza, Steve Thompson, Jim Riviere, Roger Hernstadt and Guillermo Polanco have all served as either interim or fulltime city manager.

Guillermo Polanco, the only man to have ever served twice as interim-city manager recently completed interviewing candidates to fill the long vacant position of community development director. That position would have both the Growth Development (Planning) and Building Services departments reporting directly to that individual. “These are two very important departments which have some symmetry between them and needed the appropriate leadership,” said Polanco in an interview last month.

There were 14 applicants from inside and outside the State of Florida for the position, which was finally offered to Daniel Smith. He had served the last 3½ years as a principal planning and zoning administrator for Collier County. Smith grew up in the Midwest and was a graduate of Michigan State, with a B.S. in Landscape Architecture, and has completed much of his work for a Master’s in Public Administration. He is also a certified planner and a member of the American Institute of Certified Planners.

His initial experiences came from Wheaton, Illinois where he dealt in environmental, storm water management and landscape issues for that community of 50,000 residents. He would move on to Warren, Michigan, a community of 150,000 residents and work another 20 years in both capital projects for their public works department and within the city planning department.

“Marco is a beautiful place and I’m really pleased to be able to have the opportunity to make a difference here. I do love the opportunity to work within a smaller organization where I get the chance to have more of a hands-on approach to getting issues resolved and moving on to the next challenge,” said Smith.

Smith is already getting his feet wet within the system. Issues within Growth Management, such as the ongoing LDC (Land Development Code) update, discussions regarding nautical garages and other potential reviews of redevelopment projects are already front and center on his desk. He will also be immersing himself in the new software program for the Building Services Department called ENTERGOV and looks forward to the training on that tool which the city hopes will cut down delays on permitting of projects.

Smith is married and has three grown children and lives in Collier County.