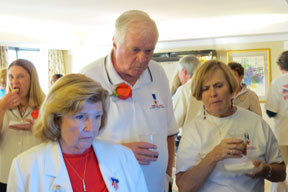 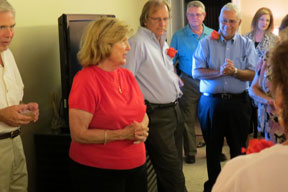 gathering of about 100 supporters and campaign workers at Marco Island’s Hilton Hotel, Commissioner Fiala spoke glowingly of Marco Island and her supporters. In a short thank you statement she said: “I have been so fortunate to serve District 1 and all the wonderful people of Marco Island. You have supported me from the day I first entered politics, and I am deeply grateful to all of you. The next term will not be easy but, if you think I’ve worked hard before, I’ll be working even harder in the years ahead. I owe that 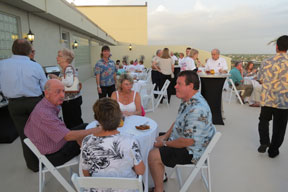 to all of you and the great people in our district. Thank you more than I can ever express in words.”

Commissioner Fiala is always visible on Marco island, supporting worthy causes, participating in Kiwanis and appearing at community functions and events. She is well known as a strong voice for Marco Island.

Campaign Manager Ken Drum said of Commissioner Fiala, “She knows how to get things done, and she is wonderful working with people on all issues. We are lucky to have such a wonderful representative working for us.”