Collier’s Artificial Reefs: The End of the Beginning 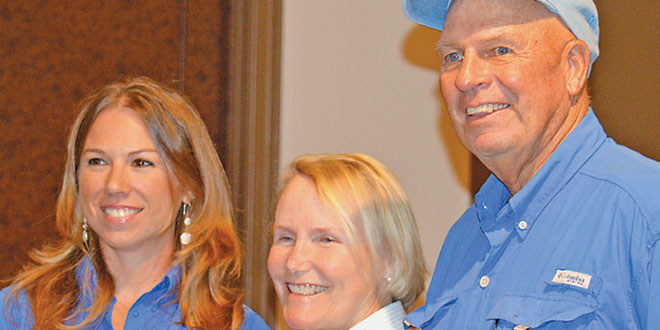 Over the past few months I’ve addressed issues regarding the reef structures here in South Florida on several occasions. Recent visits by my wife, Cathy, and me have resulted in viewing the natural reef formations in the Florida Keys. The unfortunate “bleaching” of these once beautiful structures is caused by numerous factors, and has increased worldwide over the last 20 to 30 years. Sea temperature, sedimentation, salinity and nutrient quantities can all change the look of the corals. These organisms are considered “stressed” by many scientists and, although the coral is not visually stimulating to our eyes, it is still alive. Measures are being taken to plant and grow new corals on the bayside of the Keys and eventually replant them along the main reef structure, hoping to at least neutralize any further loss of coral. Hopefully this is the end of reef devastation and the beginning of new life.

Closer to home, there are some new reef structures in our area waters. I’ve had the honor to address residents and guests at the Marco Island Historical Society’s auditorium several times this year, but September 21st was an evening to remember. We discussed the advent of the fall season and how, by some miracle of nature, fish in our waters know exactly when to journey from deeper waters to our mangrove coast. They will feed here and eventually head back offshore. In the spring the goliath grouper, sawfish, certain shark species and more will come to our shores to spawn and feed. Migrating pelagic species, like the whale shark, also make their presence known.

As these sea creatures move away from the coastline they are finding new shelter. There are now 36 artificial reefs in Collier County that many of them can call home. Since January 2015 these structures are showing signs of life. Vegetation is growing, a variety of fish are arriving and a new look has been created under the waters.

On September 21st Katie Laakkonen, environmental scientist for Collier County, gave us an informative look at how the program evolved and the ongoing dives to monitor the progress. Katie actually dove nearly 100 potential sites to help the team decide on the best 36 locations. The depth had to be just right, with all structures in place from 45 to 75 feet deep. The amount of sand and the substrate (the hard limestone base below the sand) had to be perfect as well. Numerous factors came into play to assure that the sites were perfect. Katie continues to dive them and report growth and activity.

In the Marco Island area there are two structures known as Marco 1 and Marco 2. Marco 2 is also known as Rooney Reef. The funds allocated for the reef program were grants and private donations. The Rooney family made a substantial contribution to the project and the Marco 2 reef bears their name. Kathleen Rooney was on hand to see this presentation by Katie as well.

These artificial structures will be in place for a long, long time. In earlier years items such as boats were sunk to create a reef. Wood and metal will break down over a period of a few decades or so. The new reef structures, made of concrete and limestone, have an expected longevity of several centuries.

They are sure to draw more visitors to the area who can scuba the sites or try their luck catching a fish or two. It is the end of old-school thinking and the beginning of a process to make things better here!

The reef coordinates can be found if you Google “Collier County Artificial Reef Locations.”