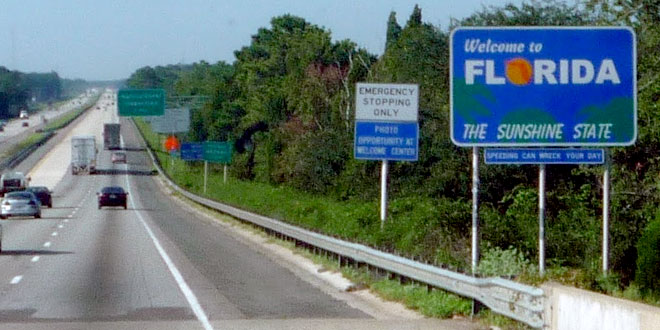 Motorists are reminded to wear safety belts and drive with caution, courtesy, common sense, and patience as they travel through work zones. Remember, speeding fines are doubled in work zones.

As a reminder, travelers can visit www.FL511.com or dial “511” from their phone to learn about traffic conditions on major roadways across the state. If you know before you go, you can plan accordingly and save time and money.

Intersections countywide: Construction project: Crews are replacing hanger systems for traffic signals at intersections. Nighttime/overnight work scheduled from 8 p.m. to 5 a.m., weather permitting, and depending on location will require short duration lane closures (about one hour).  As some intersections, traffic signals may operate in “flash mode” (flashing yellow for the main street/flashing red for side streets). Drivers should expect some delays. Law enforcement also will be on site to direct traffic if work requires temporary suspension of power to signal. Crews will complete one intersection (possibly two or more) each night and plan to work seven nights/week. Intersections next on the schedule are: SR 29 and Farm Workers Village, Immokalee Drive, and CR 890/Trafford Road (this order is not necessarily sequential). Project completion is estimated by late spring 2013, weather permitting. The contractor is American Lighting & Signalization, Inc.

Crayton Road From Oleander Drive to south of Banyan Boulevard: Construction project: Work consists of sidewalk construction, drainage improvements and signing and pavement marking. Construction work is underway from 7 a.m. to 5 p.m. and possible lane closures can be expected, weather permitting. Motorists are advised to use caution and watch for construction workers in the construction zone. Project completion is estimated by early 2013. The Contractor is Astaldi Construction Corporation.

I-75 at the SR 951/Collier Boulevard interchange: Construction project: Crews are making improvements to interchange ramps, adding new mast arm signals, and placing new pavement markings and signs. Activities involve placement of base material, paving of road and shoulder widening; sign and signalization installation at the northbound and southbound off ramps, and the northbound on ramp (off the roadway). The traveling public should only expect minor delays as construction equipment is entering and leaving the roadway to move about the jobsite. Completion is estimated for early 2013.  The contractor is APAC Southeast.

US 41 from State Road 29 to the Dade County Line (approximately thirty-two miles): Construction project: This project is widening the roadway shoulders from two to four feet and replaces curb, guardrail and railing on 41 bridges. Work also includes paving side street connections and installing pavement markings. Weather permitting, crews will continue widening and paving the shoulders, placing sod at the edge of the new asphalt, and installing concrete curb, railing and guard rail at the bridges. Activities are planned for daytime, Monday through Friday. Drivers will encounter two lane closures along the project.Motorists are advised to observe posted speed limits, look out for pedestrians and bicyclists, obey flagging operations and drive with caution in the construction zone. Completion is estimated for spring 2014. The contractor is Wright Construction Group.

SR 84/Davis Boulevard from west of Radio Road to Santa Barbara Boulevard: Construction project: Crews are expanding the road to six lanes, adding sidewalk, bike lanes, and street lights, and building a noise wall. Crews have constructed temporary eastbound traffic lanes allowing for the new roadway to be constructed. This traffic configuration is expected to be in effect through spring 2013. Crews will continue placing embankment along the north roadway and installing drainage structures in the median areas at the west end of the project near Santa Barbara Boulevard. There will be intermittent lane closures during these activities. Crews will also continue with the installation of the noise wall in front of the Madison Park community. Drainage installation at the entrance/exit of Madison Park to Davis Boulevard began on February 4th, and was completed on February 15th.  The entrance/exit at Madison Park has been re-opened. Project completion is estimated by end of 2013, weather permitting. The contractor is Guymann Construction.

SR 29 at the I-75 interchange: Construction project: Crews are resurfacing the interstate ramps and SR 29 immediately north and south of the interchange. Work does not include the bridge (overpass) over the interstate. Crews are placing new guardrail, pavement markings, construction signs, and erosion control and are moving equipment to the project. Work on roadway shoulders has started and is currently under construction.  Ramps will remain open to drivers during the project although traffic may shift slightly during scheduled working hours. Flaggers may be assisting traffic. Work is performed during daylight hours, weather permitting. This week work is limited to roadside debris, final dressing, sodding and mowing, traffic will be maintained both directions. Motorists are advised to look out for pedestrians and bicyclists along SR 29, obey flagging operations, observe posted speed limits, and drive with caution in the construction zones. Completion is estimated for early 2013. The contractor is APAC Southeast.