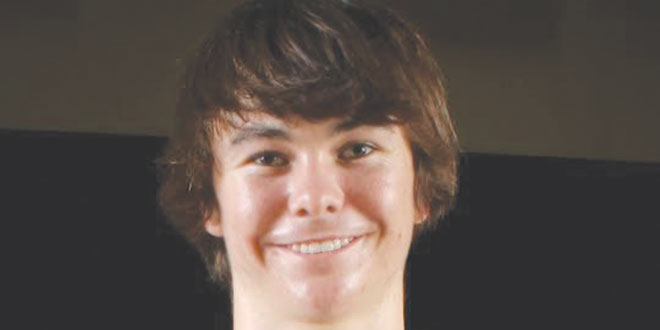 Sport wise, Cole will concentrate mostly on basketball, and will also play baseball.

Academically, he looks forward to the opportunity to study criminal justice, an area he thinks will be a boost to his future.

About to enter his senior year, Cole was a star in every sport he played at MIA, all while maintaining an impressive 3.9 grade point average.

“It was an incredibly difficult decision after having such good friends and getting some of them to come to Marco Island Academy,” he said.

Cole felt that “It came down to looking at what school can get me farther,” he explained. “I decided the bigger school, Lely, can do that for my opportunity to play college basketball.”

Over his three years at MIA, Cole was the team’s leader. He and Jarred Jackson, who also left his senior year to play at Lely, were an unstoppable duo during Stretton’s sophomore year.

Last season he led the team, along with Peter Servente and Preston Reese, to MIA’s first winning season. He was recognized as the Southwest Florida 2A Player of the Year and was named to the All-State 2A third team.

He also played quarterback, then speedy wide receiver for the football team, and shortstop on the baseball team.

“Cole is almost like a son to me. I’ve known and coached him for six to seven years,” said Roger Raymond, MIA head basketball coach. He also coached Cole at Marco Island 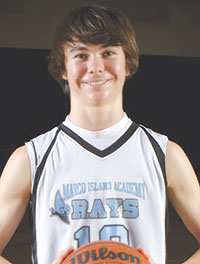 “I actually toughened up the non-district schedule for the next season. And we moved up to 3A so we play strong teams like First Baptist Academy, Community School and Evangelical Christian.”

Raymond said he wanted to get Cole more exposure by playing larger schools, like Immokalee and Palmetto Ridge.

It was one of the reasons why Cole chose 5A Lely.

Because Lely has more depth, it can play a speed-up offense that likens more to college play, Cole expects. Due to a smaller enrollment, Raymond often played the starters many minutes, as the bench strength wasn’t there.

“With Lely there will be more time to get a breather as coach [Fritz Jacques] would like to able to play five in and five out to keep a fast pace,” Cole said.

Cole played summer basketball with Lely players, using the fast-pace offense. The traveling also got the team to share other experiences. He played 20 games with the Lely team.

“We went away every Friday on a weekend to not only play games, but stay in hotels, go shopping, share other experiences,” Coach Fritz Jacques said.

“Roger Raymond is a great coach. I have a different style,” Jacques explained. “Cole accepted his role. He has worked his way into a starting position.”

Stretton also has a private trainer, Akii Dean, who has worked with top college and NBA players.

Some D-2 and D-3 schools have made contact with Cole.

“I am not sure how it will end up, but I think Lely gives me the best chance to get there,” he said.