Cold Brew For a Hot Summer 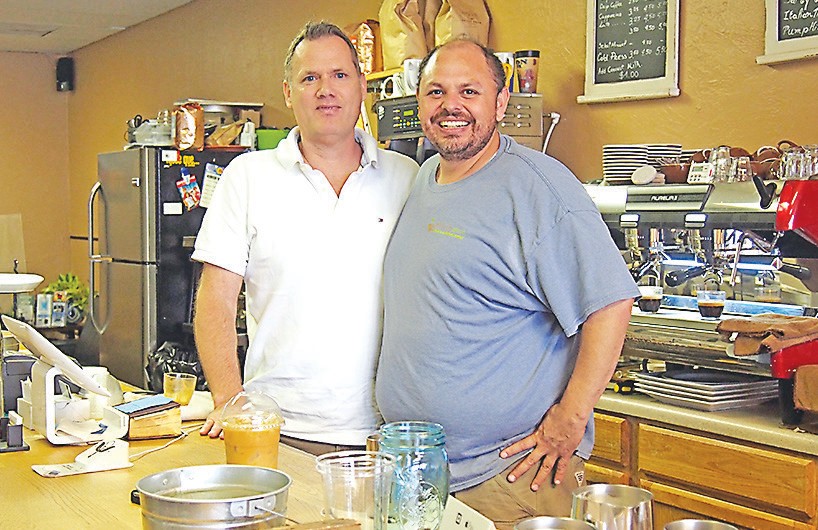 For millions of coffee drinkers in the 1980s, the catchy jingle of “The best part of wakin’ up is Folgers in your cup,” started their day with the sound and smell of fresh brewed coffee. If you’re a coffee drinker, you sort of wake up in a fog until you’ve had that first cup of coffee in your hands. Coffee jump-starts your day. Morning, noon and night, people are brewing and drinking cups of coffee, hot, cold, and in between.

With the summer heat ramping up in Marco Island, coffee drinkers prefer the temperature of their coffee to be on the cooler side. Who wants to drink coffee heated to 135 degrees on a 90-degree morning? You can try drinking the traditional iced coffee made with hot brewed coffee that has been cooled down with lots of ice. You also can try that trendy coffee shop that offers fifty 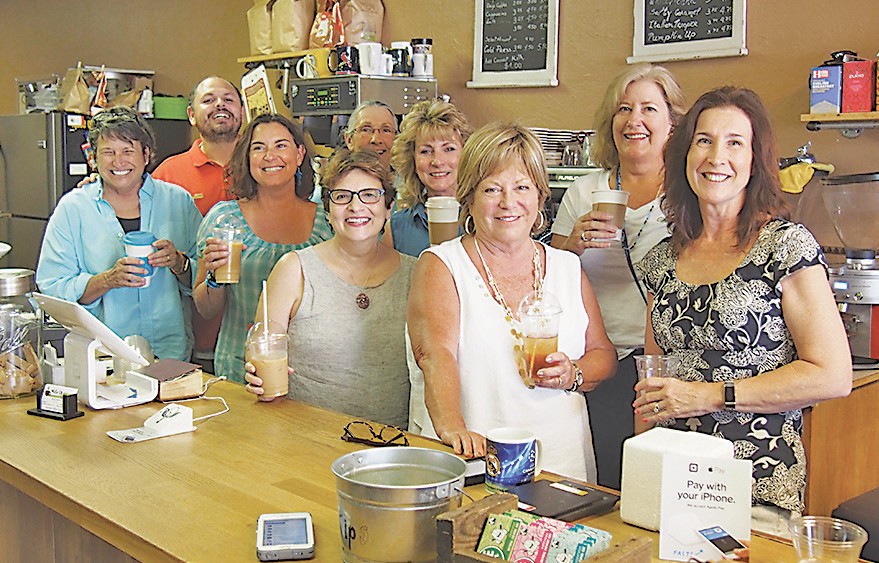 Oscar is on a first name basis with the “Ladies of the Last Friday of the Month,” who have been meeting here since last summer

Why not head out to Wake Up Marco, and Oscar Galvez will fix your favorite summer cold brew. Opening Wake Up Marco is a dream come true for Oscar. Oscar opened his coffee shop almost three years ago, and since then has created a special niche for serious coffee aficionados. Coffee is in Oscar’s blood. He grew up in Guatemala, a country rich in coffee tradition. As a trained barista, he uses his sense of smell and taste to create the best tasting coffee drinks for his customers. He believes that, “A good coffee doesn’t need sugar and a bad coffee doesn’t deserve it.”

Cold brew is a summertime favorite at Wake Up Marco. Cold brew is not your traditional iced coffee. Hot brewed coffee uses heat to extract the flavor and caffeine from the coffee. In contrast, cold brew uses 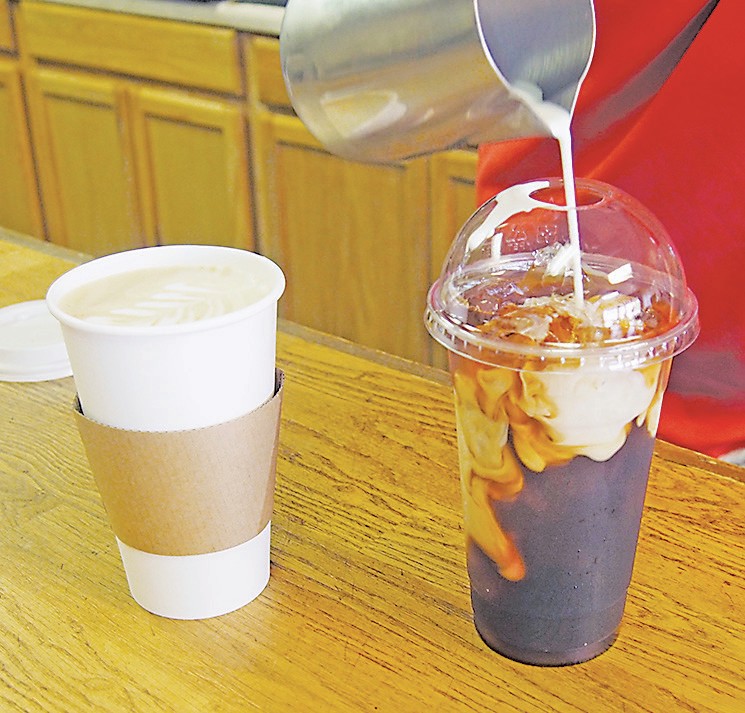 Cold brew (on right) is a summertime favorite at Wake Up Marco.

time, not heat in its brewing. Grounds are soaked in cold water between 12 to 24 hours. Cold brew has less acid compared to hot brewed coffee and does not have that signature coffee bite. It has a smoother, fuller flavor with more refreshing taste. Because of this, many coffee drinkers prefer cold brew, and it has become the summer drink for millions of coffee drinkers.

Summertime is locals’ time at Wake Up Marco. Mid-week, midday the shop is filled with “old friends,” including Doug Ouverson, who in December 2014 was Oscar’s first customer when Wake Up Marco opened its doors. Doug has been a loyal customer ever since. A steady stream of loyal customers and old friends stop by throughout the summer day, getting their fix of something cold and frothy from their favorite barista.