Coiro Comes to Coach Part II And a lot besides 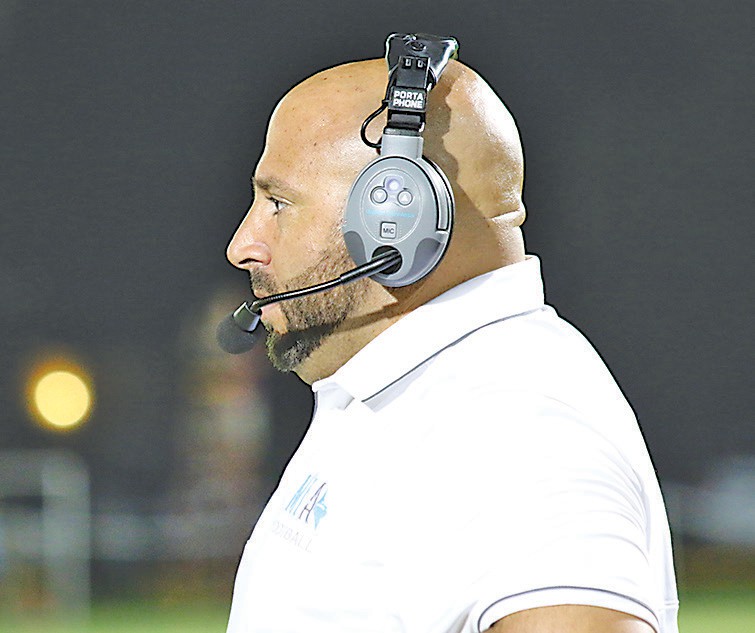 An intense Coach Coiro during an away game.

In August 2015, Damon Coiro (pronounced Kor’-ee-oh) began what he hoped would be a long and rewarding association with Hall of Fame Coach, Johnny Roscoe at Northern Guilford High School (NGHS) in Greensboro, North Carolina. Roscoe had won four state championships at NGHS. He offered Coiro one of the coveted assistant coaching positions on his staff. On cue, Roscoe took the team to the State Regional Finals on December 4th, losing a squeaker by four points. After that game, Roscoe told his staff that he would be hanging it up and retiring to his South Carolina farm – effective December 15, 2015. This was a tremendous disappointment, but now Coiro was more sure than ever that he was ready for another head coaching job. His wife, Victoria, agreed. Victoria is all in when it comes to Coiro’s coaching career. She would make the necessary sacrifices, as she had done the year before when she sold her dental practice in New 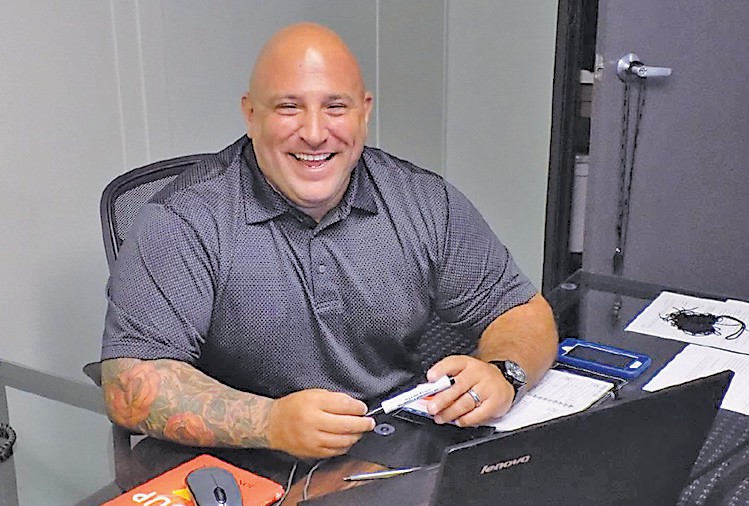 Coach Coiro in his new office at MIA. The MIA Board gave up their meeting room to accommodate Coiro.

Jersey to follow Damon to North Carolina. It is a beautiful relationship. (Victoria always seems to land on her feet. She is now practicing dentistry at the office of Dr. Hermann Schulze in Marco Island.) They wasted no time in starting an internet search for head coach openings.

Coincidentally, on December 8, 800 miles to the south, Greg Fowler, Marco Island Academy’s (MIA) successful coach of two years, was submitting his own resignation. MIA’s search for a new head coach and Coiro’s inquiries for this position virtually crossed in the mail. “The hiring process began immediately after Fowler’s resignation,” said MIA’s Athletic Director Kelly Monnot. “I posted the job on the FHSAA website and had received somewhere between 50-70 resumes expressing interest in the position.” MIA received Coiro’s resume on December 14. It stood out from the rest. After that, MIA moved at warp speed, a hiring procedure which has not always worked out for them. A small school with a limited budget has to move fast. A Skype 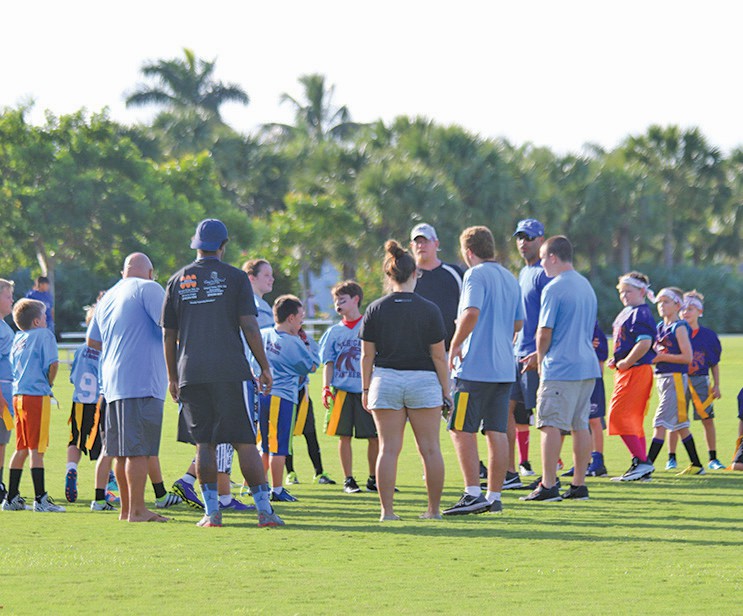 interview by a panel of five, followed on December 18, 2015. “We offered him the position the next day, after contacting his references,” Monnot said. “We felt his coaching philosophy was exactly what we were looking for. His energy, positive nature and strong background made him an obvious first choice with the panel.” Coiro accepted the offer on December 21, before even visiting the school – a decision he has not regretted.

“It wasn’t hard to convince Victoria to move here,” Coiro recalls. “We of course made a pros and cons list, and there were more pros than cons.” They made their first visit to the school after Christmas. By the time they left, about a week later, they knew they had made the right choice. Principal Melissa Scott, and Assistant Principal Amber Richardson (two of the schools most charming staffers) met Damon and Victoria at the school and took them on a tour of the island, topped off with lunch at Quinn’s on the Beach with Photos by Barry Gwinn