Code Compliance Changes on the Horizon 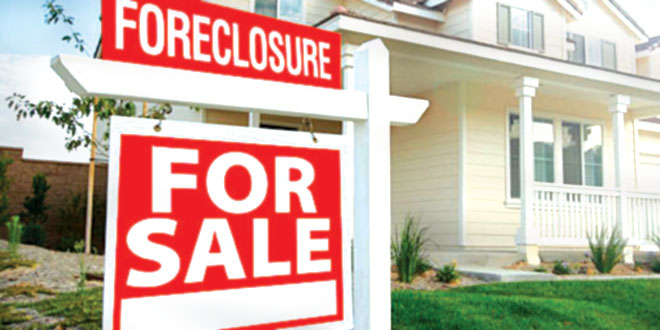 The Marco Island City Council has drawn a line in the sand.

At the heart of the issue is the growing community debate over how to handle code compliance issues. This debate has been fueled by the real estate foreclosure crisis, which has left city officials conflicted about how to deal with abandoned and bank-owned residential properties. Both pose health and safety risks to the citizens of the island community.

On one side, stand those demanding stricter enforcement of the city’s ordinances, and on the other side, are those who believe compliance, education and fine mitigation are the key to solving the city’s code woes. To that end, City Council has directed staff and the Code Compliance Board to develop an overall approach to resolving code issues, even if that means changing some of the ordinances currently on the city’s books.

“Suffice to say that we need to change any law or ordinance that does not give us the ability to enforce, respond to and adjudicate quality of life issues as well as enforcement against violators and wrongdoers,” says Council Chairman Joe Batte. “Selective code enforcement is not the answer. Things need to change and quickly.”

To be sure, Marco Island did not escape the ill effects of the nation’s recent foreclosure crisis.

As the foreclosure crisis surged, vacant homes — or zombie foreclosures — began peppering city and suburban landscapes. In some cases, these are bank-owned homes that the bank is not maintaining, and in other cases, they are in the foreclosure process. The result: Homes are left distressed and abandoned by homeowners, contributing to blight and massive code enforcement and compliance issues for local governments.

According to real estate experts, counties and municipalities are combatting zombie foreclosures by implementing and enforcing new ordinances that levy heavy fines against banks and owners for failing to maintain foreclosed homes.

Still, Blomquist concedes, “it is tougher to enforce such ordinances against the abandoned foreclosures.” This is something Marco Island’s City Council and Code Compliance Board knows first hand.

While the city has levied large fines against banks and individual owners of abandoned properties, 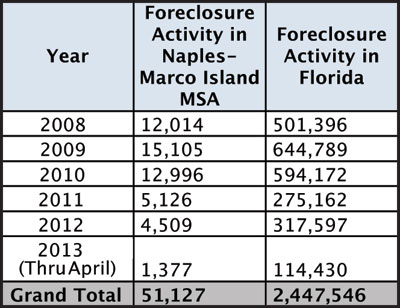 it has been difficult to collect. As a result, the city has taken “a friendly approach” to resolving these code compliance issues, explains Bryan Milk, Marco Island’s Director of Community Affairs. After all, the city’s ultimate goal is to get these properties out into market circulation and back on the property tax roles.

“Code compliance has been a compliance department, an education department,” Milk says. “Really, it is something we have been proactive about because it is a health, safety and welfare issue. We are the stewards who help maintain the character of the community while it is in transition.”

As a result, the Code Compliance Board has employed a strategy of mitigation of fines and liens against owners in order to bring the properties into compliance. For example, in February, the board agreed to reduce fines charged on 1001 Valley Avenue from $68,200 to $7,789 and on 1563 Galleon Court from $71,250 to $3,100.

“The board has the option to review the fines and augment accordingly. They look at everything on a case-by-case basis,” Milk notes.

This ‘selective code enforcement’ is the reason behind the City Council’s desire to revamp the city’s code compliance tendencies. With the foreclosure crisis waning, many believe the city needs to change its tactics.

“The Code Board has effectively used the mitigation process to ‘clean up’ the foreclosures on the Island. This has worked, but we must be careful not to give the wrong message to violators,” says Chairman Batte.

“Code compliance has become a major issue because violations are on the rise, and quick, effective response to violators by the city is lacking,” he adds. “The city has failed to respond adequately to many quality of life issues raised by our residents, i.e. seawall violations, transient rental violations and just plain ignoring our ordinances with little or no remedial action from the city.”

At a recent City Council meeting, Councilor Amadeo Petricca went on record to say: “I go back maybe eight years with selective code enforcement. I find it to be somewhat of a joke sometimes. Mitigation went from thousands of dollars to like $10. (The city) gets nothing for the liens on the properties. There is a penalty that they have to pay, and to reduce it is ridiculous.”

In the end, it is about the tools in the toolbox, not the carpenter using them.

“The most important thing is to have our code reflect the conflicting but necessary balance between what we want (such as quality of life, Island appearance, safety) and the tools we’re willing to use,” states Councilor Larry Honig. “I think it’s more a matter of what the code says, and how it’s interpreted. So, all of that needs to be tightened up.”

Batte agrees: “Code enforcement is the key ingredient to alleviate many quality of life issues, but with this, there is a need to ‘tweak’ our current ordinances in order to give code enforcement staff as well as our Code Board, the tools they need to cut into the abuses now ongoing throughout our city.”

“Once given better tools,” he concludes, “there must be staff understanding that lack of action on code complaints will not be tolerated.”