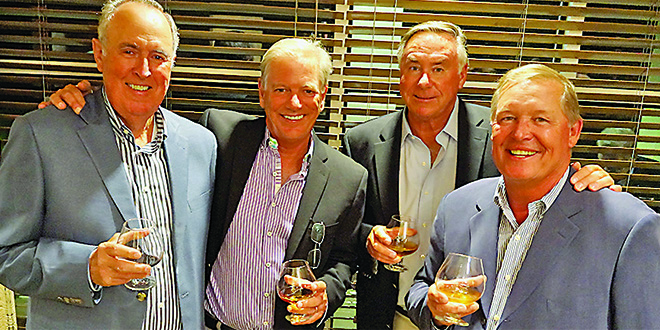 Friday night’s cocktail party was an event to remember.  As members pulled up to the Island Country Club entrance they were warmly greeted with mai tais and music by JRobert.

Members delighted in the eight culinary stations that were set up in the dining room and adjacent rooms.  Favorites included a shellfish raw bar with never-ending fresh oysters, clams and jumbo shrimp, and a carving station serving beef and duck perfectly paired with wines. A Fuzzy’s vodka luge kept things fun. The award-winning vodka, named after golfer Fuzzy Zoeller, was served through an ice sculpture with a hole drilled in the top 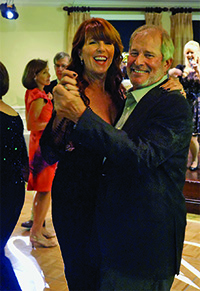 and exiting the side. The thoroughly chilled vodka was served with blinis and caviar, along with all the accouterments, such as crème fraîche and chives.

Truffles, mini tarts, chocolate covered strawberries and more filled a desert table that seemed to stretch for miles. The cocktail party was filled with conversation, laughter, music, and dancing. It was a perfect evening that followed a fitness open house in the morning, as well as golf and tennis events the day before.

Member Allyson Roose, who joined the club in 2012, said that the Island Country Club keeps its members “active, healthy and connected.” I would like to add to that, “well fed!”