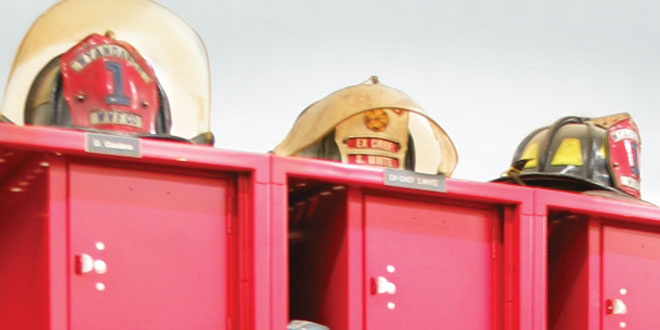 Things are moving a little slower these days. Not much traffic, easy access to restaurants and parking spots, and most of us stay indoors where it’s cool while we get some long awaited chores done that we’ve been putting off during Season. Ah, Enjoy!

*A good news item for those people who live in or love Port of the Islands. As you know, the boat ramp convenience store is up and running and carrying more products as the need is identified. Now the long awaited Fire Station is about to be furnished. When the county bought the general store, fuel station and bait shop, it contained a vacant space that was intended to be a fire station, but there has never been enough money to finish the inside. The firefighters and first responders have been living in rented rooms at the motel in the Port. It hasn’t been easy for them and difficult to communicate with each other when everyone is in separate small rooms. Through a lot of good communication between the county, fire, residents, county manager support and the encouragement of others, the dollars from Payment in Lieu (PILT) dollars were identified to get the process moving forward, with the balance to be paid over the next few years from the Fire MSTU and rent money saved. The commissioners will be voting on this item on Tuesday, July 9th (this column is written before that date) and hopefully it is passed on the consent agenda and the project can commence. Many of us are so happy to see this stalled project moving forward – isn’t that right,

Jean Kungle? She has pressed very hard to finish this fire station – so has Tony.

*Speaking of fire departments – there has been much talk about merging the Isles of Capri Fire Department with the East Naples Fire Department, which will also encompass all of Manatee Rd., the airport and also Fiddler’s Creek. After many meetings between these affected communities, an Inter-local Agreement was drafted between the Isles of Capri Fire and East Naples Fire, to be presented originally at the July 9th meeting. It has been postponed until September so that some fine points can be addressed and worked out for the benefit of all. It’s a huge decision for everyone and all affected parties must feel comfortable with the final agreement.

*Luckily Marco Island’s South Beach was renourished when it was, because the price for dredging has gone up tremendously for the other eroded beaches around the county! As you know, Hurricane Sandy destroyed the N.J. and N.Y. coasts when landfall was made in October of 2012, plus Louisiana received funding to rebuild two large restoration islands as part of the Mississippi delta rebuild program, which was awarded within the past two weeks. This is truly a bonanza of work that will continue for many years, and the dredging companies are reluctant to commit capacity in anticipation of these significant projects, so they can command a much higher price for projects that are smaller than those mentioned above. Now the BCC must make the decision as to how beach renourishment can be accomplished for the worst eroded beaches in the City of Naples, Park Shore, Vanderbilt and Pelican Bay. This decision is scheduled to be decided at the July 9th BCC meeting.