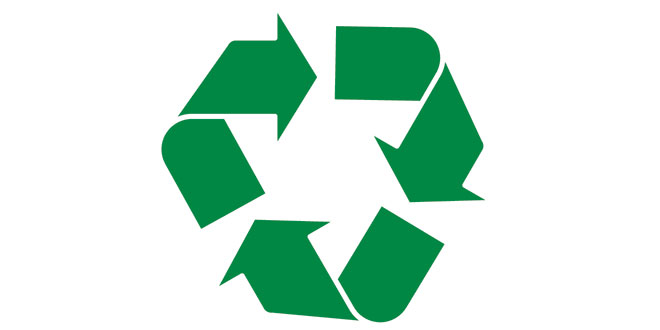 Just recently a number of us took a trip to the major recycling center in Pembroke Pines, where much of our recycling waste is sent. This trip was a specific request from our own Marco resident, John Coff, who was accompanied by Fred Twilla. Also along was another Marco resident, Vince Kiernan. Most of us learned more than we ever knew about recycling and the items that are acceptable and what happens to the items that are collected but cannot be used. One of the many things we learned was to take caps off of plastics and dispose of them in the garbage collection bin. We even heard of people who leave milk in containers and put these partially full containers in the recycling bins! Most of us in the group agreed that we rinse our containers before disposing of them. Film plastic should never be discarded in the recycling bin but rather collected in a large plastic bag and taken to the plastic recycling bins at Publix or Winn Dixie. Also, Styrofoam containers and cups from restaurants or from packing material should be discarded in the garbage, not recycling bins. Based on  the FDA information, the water in a plastic bottle left in a hot car for several hours is safe to drink, it may not taste fresh. Water gets that “stale” taste whenever it’s left out to warm, whether it’s in a plastic bottle or a glass container.

Our recycling operation in Collier County is called “single stream recycling”, which means we don’t have to sort our items in separate bins; we can put all our items in one single bin to be sorted later. We saw parts of the sorting process, mainly paper, cardboard and plastics. Other areas in this huge building sorted metals, glass, etc. Do you know not to put

blue glass in the recycling bins? We learned so much more, but my space is limited.

*An effort I am making is to meet with many major businesses in Collier County to get acquainted with their products and hear why they moved their business here, what they need to expand, what are the assets that keep them here, what is the downside. The first business I called on was the Marco Marriott – Rick Medwedeff – general manager. We had two meetings and some great conversations. I saw their new facility in Hammock Bay which was absolutely awesome! The restaurant was above reproach, the golf course magnificent, great tennis courts, swimming, etc. You don’t have to be a guest of the hotel to use the facility, you can buy a membership for yourself and family! We also discussed what the hotel needs from the county – mainly expanded bus transportation for their employees. The buses don’t seem to be large enough to carry all of their employees safely from Immokalee to Marco Island. The county is now in discussions regarding this issue and larger buses and what the cost to expand the service would be. We want to work with the Marriott in any way we can to support their business! Hopefully we can help.

*Have you ever heard of Graeter’s Ice Cream? It’s made in Cincinnati and is a company owned business that makes the best ice cream I’ve ever tasted. You can only buy it at Publix (4 flavors) and Winn Dixie, who has a larger selection of flavors. If you dare, try the Black Cherry/Chocolate Chip. But beware! you’ll get hooked on the ice cream! It is only sold in pints and it isn’t cheap, but ever so good!

*Although I’m just about out of column space, I would like to brag that FCAT reading scores from FL-DOE show positive growth for Lely High School! Way to go Lely!!!