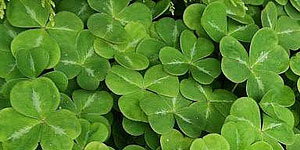 What a fun filled month February was! There were so many things to do on Marco Island there was hardly a minute to spare! Coming up is the St.Paddy’s Day Parade at 1PM on Sunday, March 10th. Our wonderful Father Tim will be the Parade’s Grand Marshal. As always, our Irish “princess” Kathleen Reynolds is organizing the parade sponsored by the Sons & Daughters of Erin. Kathleen has so much dedication and enthusiasm over everything Irish that it makes this German/Hungarian woman (that’s me) want to be part Irish! The party actually starts on Saturday at 10AM at Veteran’s Park and continues on Sunday while the parade is going on. There will be hot dogs and hamburgers for sale, along with lots of fun, booths and activities. Why not plan on coming both days?

Saturday was another St. Paddy’s Day event – a Dinner/Dance at San Marco Catholic Church. At the very same time was the Viva La Marco event at Rose History Auditorium. I tried to split myself in two and get to both of them, and it kind of worked. The first event I stopped into was the fun, festive Viva La Marco. Actors were dressed in period clothing, portraying the pioneers of early Collier County. The food was plentiful at this well attended event, and the guests were dressed to the nines! The Museum and Historical Society are becoming the place to be! Then on to San Marco Catholic Church where all Irish and those who love the Irish (and there are plenty of us, believe me) were enjoying the food, provided by Kretch’s, and the wonderful music. People danced all evening. It was truly a fun party!

Well, it’s true! Outback is coming our way soon and will join its sister-restaurant Carrabba’s off the East Trail. Carrabba’s is on one side of Triangle Blvd. and Outback will be on the other side, behind Chase Bank in front of the small lake. No, I do not have a target date yet for their construction, but as soon as I do I’ll let you know. Since they have already signed the papers, I would imagine they would want to start building right after season so they can open for next season, but that is only a guess.

The Arlington, the new Continuum of Care, VERY upscale retirement community located in Lely Resort, plans to start building in June. They are nearly 75% sold out! It is going to be one of the most outstanding facilities in the country, built by the Lutheran Life Ministries, and will serve all faiths.

Just a reminder: the Fresh Market adjusted their actual construction date from January to April, with a planned opening in October. That really makes more sense than opening in April when people start heading back up North. They will be rebuilding the old grocery store (which was split in half) next to Staples.

Things are coming our way Folks! We’ve waited a long time, but here they come! Construction is going hot and heavy, with the East Naples area gaining much of it. Treviso Bay sold 130 homes last year – more than they had built, so they are building like crazy to catch up to their sales, plus building more for new orders. Fiddler’s Creek, Copper Cove and Reflection Lakes are also building and selling more than they can keep up with.

Meanwhile, the Isles of Collier Preserve, located between U.S. 41 E and Thomasson/Rattlesnake Hammock Rd. is quickly making way for the infrastructure to be constructed for their 1600 unit development. There will also be 12 acres of retail shops built.

Two other developments in East Naples are being constructed. One is on Collier Boulevard across from Rattlesnake Hammock Rd. and it is called Hacienda Lakes, 1731 units and 325,000 sq. ft of retail. Finally, on U.S. 41 E behind Reflection Lakes the new development of Naples Reserve is about to start clearing land for 1100 units.

We are in the right place to see progress! After the recession, this is great news! People are back to work, construction is going strong, and we are about to see a tired area become alive! We are now seeing building activity around the 2002-2003 levels! We averaged about 9,000 inspections a month in 2012 and just over 12,000 this January! February figures are not yet in.