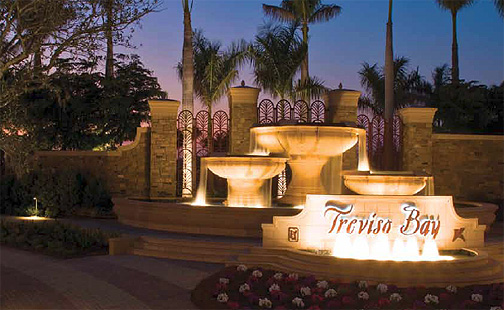 Normally I don’t mention that I conduct about five tours a year spotlighting areas of the county some have never seen, but I thought this might be the right time. This coming year we have scheduled three tours so far, and a couple more are in the planning stages.

The first is a visit to the Collier County Jail… from the right side of the bars. We only have so many people that can attend and the last time we held the tour we had to cut off reservations. The tour will be held at 10:00 AM on Thursday, January 10. We will meet in the main lobby of the jail. Just so everyone knows where that is (last year some met on one side and others went to the jail entrance), when you RSVP, my assistant, Alexandra, will send you a map with an arrow to show exactly where to park and where to enter. You will be very interested to see where your tax dollars go, and if you never thought about it before, you’ll make a mental note that you never want to be visiting from the inside of those bars.

The second tour will be the Emergency Services Center (ESC) on Thursday, January 24, at 10:00 AM, 8075 Lely Cultural Parkway, behind the South Regional Library. Turn left off 951 at the light in front of Physician’s Regional Hospital. I know you’ll really enjoy this tour as well! We are usually “sold out” (of course these tours are free), so make your reservations quickly.

The third in the series will be a visit onto the grounds of Treviso Bay, with a guided tour and lots of information. You’ll see their spectacular PGA/TPC Golf Course and the houses going up and being sold almost as soon as they’re built. We will meet in the parking lot by the sales center and they will tour us around with their pre-arranged transportation. We should even be able to see the first club house being built. Please call Alexandra at 252-8601 to make reservations.

Also in the planning stages will be a Town Hall Meeting to be held on Thursday, February 21 at 6:30 PM at the Marco Island Historical Museum. We are arranging for some guest speakers from the county, plus of course, I will be addressing issues near and dear to Marco Island and the surrounding areas of Goodland, Isles of Capri and Fiddler’s Creek. All are welcome and encouraged to join us.

Just a little personal note to Council Chairman, Joe Batte, our speaker at Leadership Marco this past week. GREAT JOB, Mr. Chairman! Something he quoted someone as saying: “Leaders are not born, they are developed.” I think the Chairman fits that bill!

The Board of County Commissioners has authorized two major projects to restore the South Marco Beaches this winter. The first is a 77,000 cubic yard beach renourishment for the southernmost 4,400 linear feet of beach, or just north of the Marbelle Condominium and south of the Belize. Most likely the work will start in February and be complete by the beginning of turtle nesting season, which begins May 1, 2013. The work is expected to cost approximately $1.8 million, which will be paid by TDC funds. The renourishment will be conducted by working 24/7 to minimize the impact to the beach, the tourists and the residents The project will also include laser grading on the north end of the Marco beach to provide a positive beach slope to enhance water drainage.

The second project that will be constructed in conjunction with the beach renourishment is rebuilding the five erosion control structures at the south end of the beach. Over the years, the two beach jetty/groins and the three offshore breakwaters have deteriorated, and will be built back to the original design configuration. This will help to prevent future beach erosion. This project will cost $1.2 million and will also be built with TDC funds (Tourist Tax Dollars). Construction should start on April 1, 2013. A small amount of rock work needs to be completed for the groins on the beach before May 1, but the balance will be constructed after that time. Work on this project will be during daylight hours only.