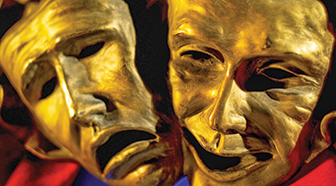 Over 100 C’mon supporters were in attendance for the C’mon Comedy Night, a fundraiser hosted by the C’mon Guild and Off the Hook Comedy Club. Nationally known comedian Frank Del Pizzo had the crowd laughing throughout his performance.

“The C’mon Guild is thrilled to have raised $6,000 from this first time event. We are using these funds to support Amazing Immature, the new traveling exhibit that will be at the (Golisano Children’s) Museum until January 2017. We owe much of the financial success to the amazing support we’ve received from our sponsors: D&D Site Services, Night Owl Security, Homes Kurnik, P.A., Party Rox Events, MidWestOne Bank, Germain Lincoln of Naples, Montgomery Eye Center and Partners in Paradise, John R. Wood Properties,” says Guild President Ann Griffo.

KLUTZ® Amazingly Immature encourages learning through laughter as you discover your inner youthfulness and explore the science of silly through activities such as immaturigami, tablecloth trickery, high flying paper airplanes, straw shooter jets and much, much more! For more information go to www.cmon.org/amazingly-immature.