Clinical Trials – Hope for a Cure 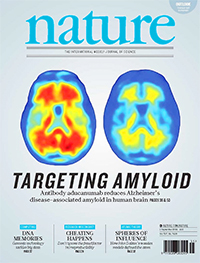 Alzheimer’s disease is probably high on our list of something we don’t want to experience for ourselves or for a loved one. Yet some of us are or have been caregivers. Some of us may have memory loss and are worried about getting worse. Whatever our situation, if past midlife, you’re probably hoping for a drug, a vaccine or a miracle to prevent and cure Alzheimer’s disease.

You may wish there was something you could do to help this cause. There is, and it’s an action you may not have considered, participating in a clinical trial. Research trials that might bring us closer to a cure always need qualified participants.

Angel Duncan, director of education at the Neuropsychiatric Research Center of Southwest Florida spoke recently to the Alzheimer’s Association support group on Marco Island about clinical trials, the status quo, and the future. “We’ve cured a lot of mice, but so far those cures have not been transferrable to people. I am hopeful though.”

“This drug had a more profound effect in reversing amyloid-plaque burden than we have seen to date.”

She warned against false hope from non-scientific studies stating results must be from a carefully controlled randomized double-blind study with a placebo control to be credible.

According to Clinical Trials.gov, which lists thousands of trials, there are 326 clinical studies related to Alzheimer’s disease in Florida, and 53 of these are in Southwest Florida. The Neuropsychiatric Research Center has eleven studies underway with four of them currently enrolling participants.

One that shows promise according to Duncan is a Phase 3 trial evaluating the efficacy and safety of Aducanumab. In the drug’s Phase l study, according to a September 1, 2016 report in an international journal, Nature, participants were given either a placebo or the drug at 1, 3, 6, and 10 mg. The drug induced improvements in clinical measurements of cognition and memory and brain amyloid plaques decreased and were almost completely gone in the group that received the highest dose of the medication.

“This drug had a more profound effect in reversing amyloid-plaque burden than we have seen to date,” says psychiatrist Eric Reiman, executive director of the Banner Alzheimer’s Institute in Phoenix, Arizona, who is testing other approaches for Alzheimer’s prevention and treatment. But, he cautions, the trial (Phase 1) is too small to prove that the drug actually works. Numerous other Alzheimer’s drugs have looked promising in early-stage trials, yet ended in failure, and even the deaths of patients.

Some abnormalities on brain-imaging scans were reported in less than one-third of patients given Aducanumab, who were closely monitored. All of the abnormalities eventually disappeared according to the Nature article, and no patients were hospitalized. Patients who received higher doses of the drug or who had genetic risk factors for Alzheimer’s were more likely to develop the brain anomalies.

Biogen, the company that makes Aducanumab has adjusted the drug’s dosage and the monitoring schedule for people with genetic risk for Alzheimer’s in the phase three trials.

Aducanumab showed enough promise in the Phase 1 trial that the Food and Drug Administration approved it for a Fast Track designation to Phase 3, an unusual move according to Duncan. Thirty from the center are enrolled in the two larger phase III trials of 2,500 to 3,000 participants at 150 sites in the U.S., Canada, Europe, and elsewhere according to the online site Alzheimer’s News Today.

A Biogen study on Alzheimer’s online site, reports that people who participate in clinical trials have the opportunity of potentially receiving the investigational drug and to contribute to medical science. Study participants who receive a placebo can potentially at the end of the trial be given the trial drug if it shows promise.

If interested in finding out if you are eligible for a clinical trial, the Biogen site offers detailed information about participation and also about a survey by telephone to check eligibility. Their number, 877-231-7271 could be a starting place for anyone interested in learning about clinical trials.

For local residents, the Neuropsychiatric Research Center in Ft. Myers can be reached at 239-939-7777 or on their website www.neuropsychstudies.com .

For the Aducanumab study, persons aged 50 to 85 with Mild Cognitive Impairment (MCI) and early Alzheimer’s disease can apply. You can download the pre-screening informed consent with information and forms to be filled out. Their information indicates tests that may be performed to determine who qualifies for a study. They may include a urine drug screen, a blood glucose stick, an electrocardiogram, a urine pregnancy test, vital signs (blood pressure, pulse, temperature, height and weight), and a mini-mental memory test. There is no cost for the tests and the information is provided for the applicant only. The screening records are kept confidential except as required by law and will be used by the doctor and staff to determine eligibility for possible participation in a research study.

If eligible, participants in the Biogen study will have an MRI, a PET scan, and series of clinical assessments. Subjects will receive infusions of Aducanumab or a placebo approximately every four weeks for approximately eighteen months
(20 doses total) according to the center’s information.

Three other studies are currently enrolling participants. One is for participants with mild Alzheimer’s disease dementia and involves a study drug. Another will look at life expectancy for participants with Alzheimer’s disease checking for tau (tangles) using PET imaging. The third, for those with early and moderate Alzheimer’s, will also target the brain’s tau tangles. Participants in this trial will need to visit a New Haven, Connecticut site several times during the 20-month study. All Alzheimer’s and memory studies at the Neuropsychiatric Center require the patient to have a study partner/caregiver.

Other avenues to explore for checking your brain health include a call to Catherine Cruikshank, Education Director of Southwest Florida for the Alzheimer’s Association. Make an appointment for a thorough memory evaluation, not just a mini-memory check at 239-405-7008. She may suggest you see a neurologist for further testing.

There are also Alzheimer’s research centers around the country where very thorough memory evaluations may be available. I have one annually at the Alzheimer’s Disease Research Center at the University of Pittsburgh in Pennsylvania. As control research subjects my sister and I have our brains checked during an hour-long memory evaluation. We also see a nurse practitioner and a social worker. The center keeps our information on file so researchers and doctors can compare it with others. The staff encourages us to keep coming back, reminding us each year of the importance of our visit. Neither of us currently lives in the Pittsburgh area, but it is the office where our mother and my husband were patients. So we make the effort, honoring them. We have fun boning up on the speed tests while driving to the center. There we renew our relationship with familiar staff members and find out whether we’re still aging normally. So far, so good.

I encourage you to consider participating in some way to help find a cure for Alzheimer’s disease. Check with the Neuropsychiatric Research Center of Southwest Florida for clinical trials and see if you’re eligible for one. Or find an ADRC center in your area and volunteer to be a control research subject. You’ll get a memory evaluation free and you might even enjoy the process.